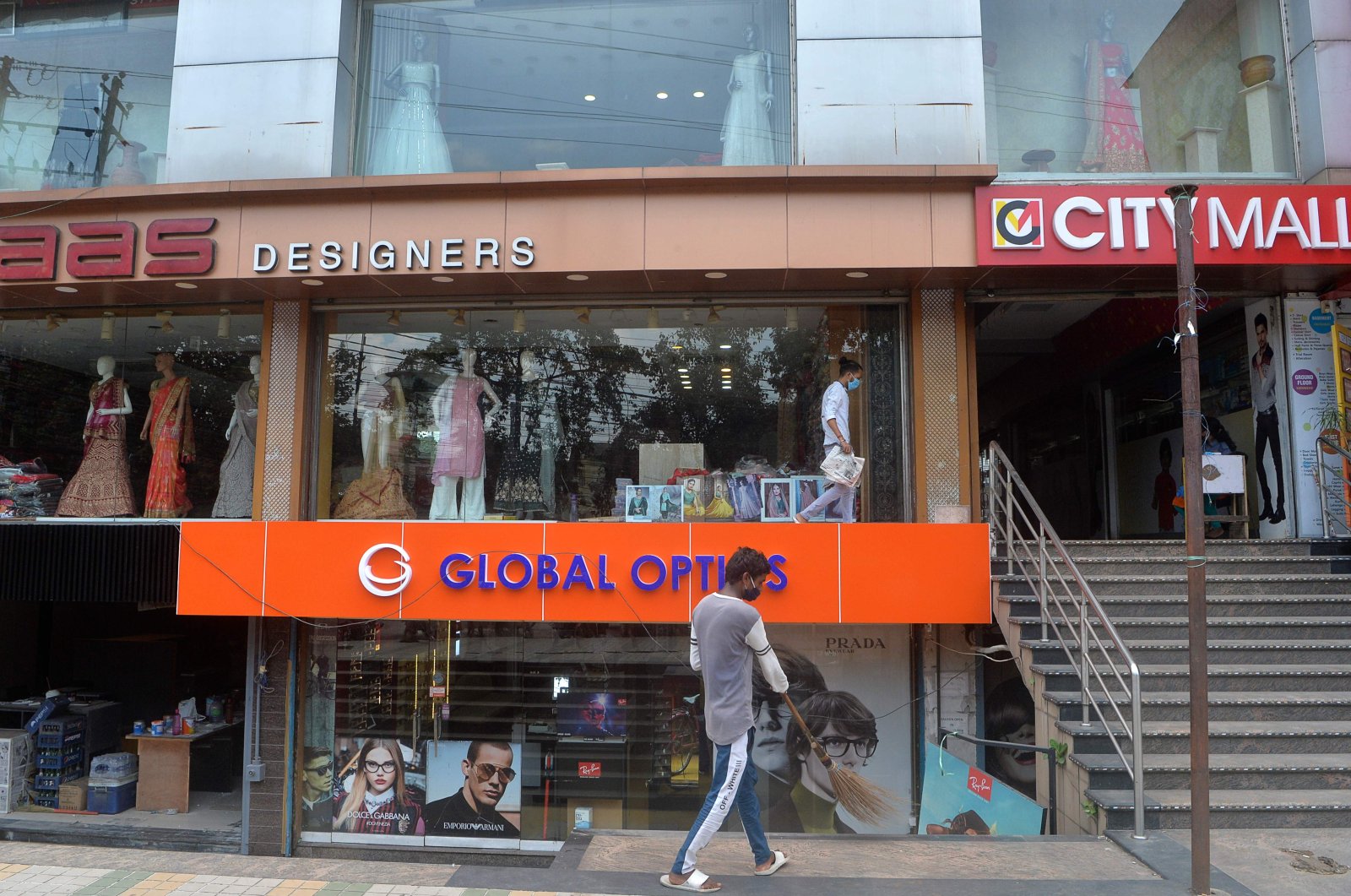 A laborer cleans the entrance of a shopping mall after the government eased a lockdown imposed as a preventive measure against the coronavirus in Siliguri, India, June 8, 2020. (AFP Photo)
by Agencies Jun 08, 2020 6:37 pm
RECOMMENDED

The coronavirus pandemic inflicted a "swift and massive shock" that has caused the broadest collapse of the global economy since 1870 despite unprecedented government support, the World Bank said Monday.

The world economy is expected to contract by 5.2% this year – the worst recession since 1945-46 as World War II spending dried up – but the sheer number of countries suffering economic losses means the scale of the downturn is worse than any crisis in the last 150 years, the World Bank said in its latest Global Economic Prospects report.

That will push 70 million to 100 million people into extreme poverty, more than the bank's prior estimate of 60 million.

The World Bank said that advanced economies are expected to shrink 7% in 2020, while emerging market economies will contract 2.5%, their first decline since aggregate data became available in 1960.

For the U.S., the updated World Bank forecast is for the gross domestic product (GDP) to fall 7% this year, before growing 3.9% in 2021. That estimate is similar to top forecasters for the National Association for Business Economics who forecast a 5.9% drop for the U.S. this year.

The International Monetary Fund (IMF) in April projected a drop in global output of 3% this year but it is expected that figure will be lowered when the IMF releases its forecast update in the coming weeks.

For China, the world’s second-largest economy, the World Bank forecast growth will slow this year to a barely discernible 1% but rebound to 6.9% in 2021. For the 19 European countries who use the euro currency, the World Bank projected a drop of 9.1% this year followed by growth of 4% next year.

World Bank economists cautioned that their forecast was based on an assumption that the worst of the coronavirus outbreak was coming to an end and economies would pick up fairly quickly once governments begin to reopen.

If there is a second wave of the virus that disrupts economic activity later this year, then growth will fall even farther and the rebound next year will be weaker, the World Bank analysts said.