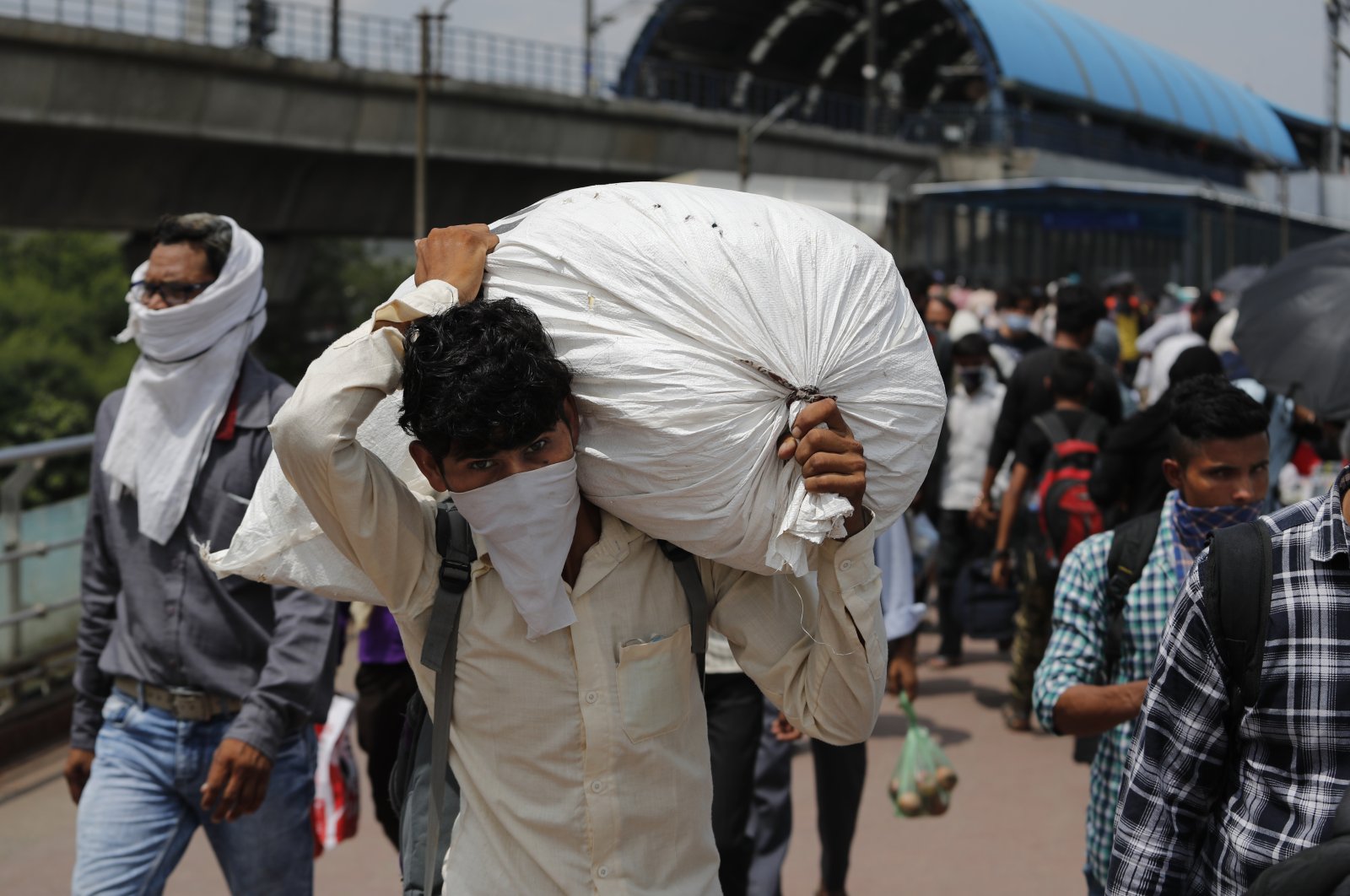 It was last week of May, when a 30-year-old resident of India's financial capital Mumbai received a morning call from his boss, little did he know that it would put his future in limbo.

"He told me that our company has no money, and because of the pandemic, we are running on losses," said Sumit Tharan, who worked as a producer with an entertainment channel until May.

"I was not given any option and then I had to send my resignation that day only," he said.

Losing a job amid a pandemic has brought misery to Tharan.

"I was getting a decent salary, and I would even send money to my parents in Delhi," he said.

"After I resigned, I had to live at a friend's house there. After I ran out of money, I came back home."

Three months later, Tharan has now moved to Delhi and is still looking for a job.

"All these months I tried everywhere, but I couldn't get a job. If there is a job, they are ready to hire at a much lower salary," he said

Tharan is not alone. He is among hundreds of thousands of Indians who have lost their jobs during the coronavirus pandemic in the country.

In India, the pandemic, which has hit every economic sector, has also triggered massive job losses across the country, cutting across the socioeconomic divide.

A joint report released this month by the International Labour Organization and the Asian Development Bank revealed that "in India, the equivalent of 4.1 million youth jobs may be lost" due to the pandemic.

The report also predicted that in the six-month scenario, job losses for youth may equal 6.1 million in India.

Maatadin Kewat, 40, a resident of the northern Indian city of Jhansi has been working in New Delhi as a gardener for the last many years. Last month, when he returned to Delhi after spending some time in his native village, he learned that he had lost his job.

"Things are very difficult now. Now I earn money only if there is work, and I earn around 100-200 rupees."

Maatadin said he is not able to send money to his family like before.

"My three kids are studying in my native village and I am not able to send them money on a regular basis," he said while hoping that his situation improves.

According to the Centre for Monitoring Indian Economy, a Mumbai-based think-tank, salaried jobs were affected the most during the current virus-induced lockdown.

"Salaried jobs have taken the biggest sustained hit in the current COVID-19 induced lockdown. Salaried jobs were estimated at 86.1 million in 2019-20. This fell to 68.4 million in April 2020. By July 2020, their count had fallen further to 67.2 million," it said in a report released last week.

The Indian Express, a leading local daily, reported that a government jobs portal launched in July has seen the registration of over 6.9 million people in just 40 days.

While the situation in India related to the economy has worsened, experts say that the country's economic indicators were already on the negative side before the pandemic.

"What is happening after the pandemic cannot be seen without what was happening before the pandemic. The jobs were already collapsing, the growth rate had declined ... The situation was already terrible, and it further worsened because of the pandemic," Ritu Dewan, vice president of the Indian Society of Labour Economics and former director of the Department of Economics at the University of Mumbai, told AA.

She blames the "lack of an appropriate policy response that has led to the destruction of the economy and people's lives and livelihoods."

"The economic situation in the country is quite precarious. The economic shock from the pandemic-led lockdown has exacerbated the stress that existed in the economy pre-pandemic," he said.

"If you look at India's GDP (gross domestic product) growth rate pre-pandemic, it was already decelerating sharply. There were multiple indicators signaling economic stress ... In the wake of the pandemic-induced lockdown, those fault lines have now further widened," he told AA.

In May this year, Indian Prime Minister Narendra Modi announced a special economic and comprehensive package of 20 lakh crores Indian rupees ($266 billion) – equivalent to 10% of India's GDP – to fight the COVID-19 pandemic in India.

The package was aimed at making the country self-reliant and reviving the stalled economy.

Singhal said the government has a role to play now, and the future will depend a lot on "how fast the government is able to bring the infection rate under control."

"It must step in and increase its direct intervention. So far, the government's role has been minimal, but it has to act now. ... The government can help in two ways: one, by directly increasing capital expenditure on large projects that will employ labor and generate income; two, the government also has to play a role in improving aggregate demand through income support, cash transfers and other direct support measures. It's now or never," he said.

Dewan said the focus should be on policy interventions. "The priority should be to give a basic income to everyone. We need to ensure economic security to each individual," she said, adding: "We need to focus on policy interventions as well and make policies applicable to the economic realities of the people and not what is thought theoretically."