Pandemic throws at least 16.8M Americans out of work in just 3 weeks 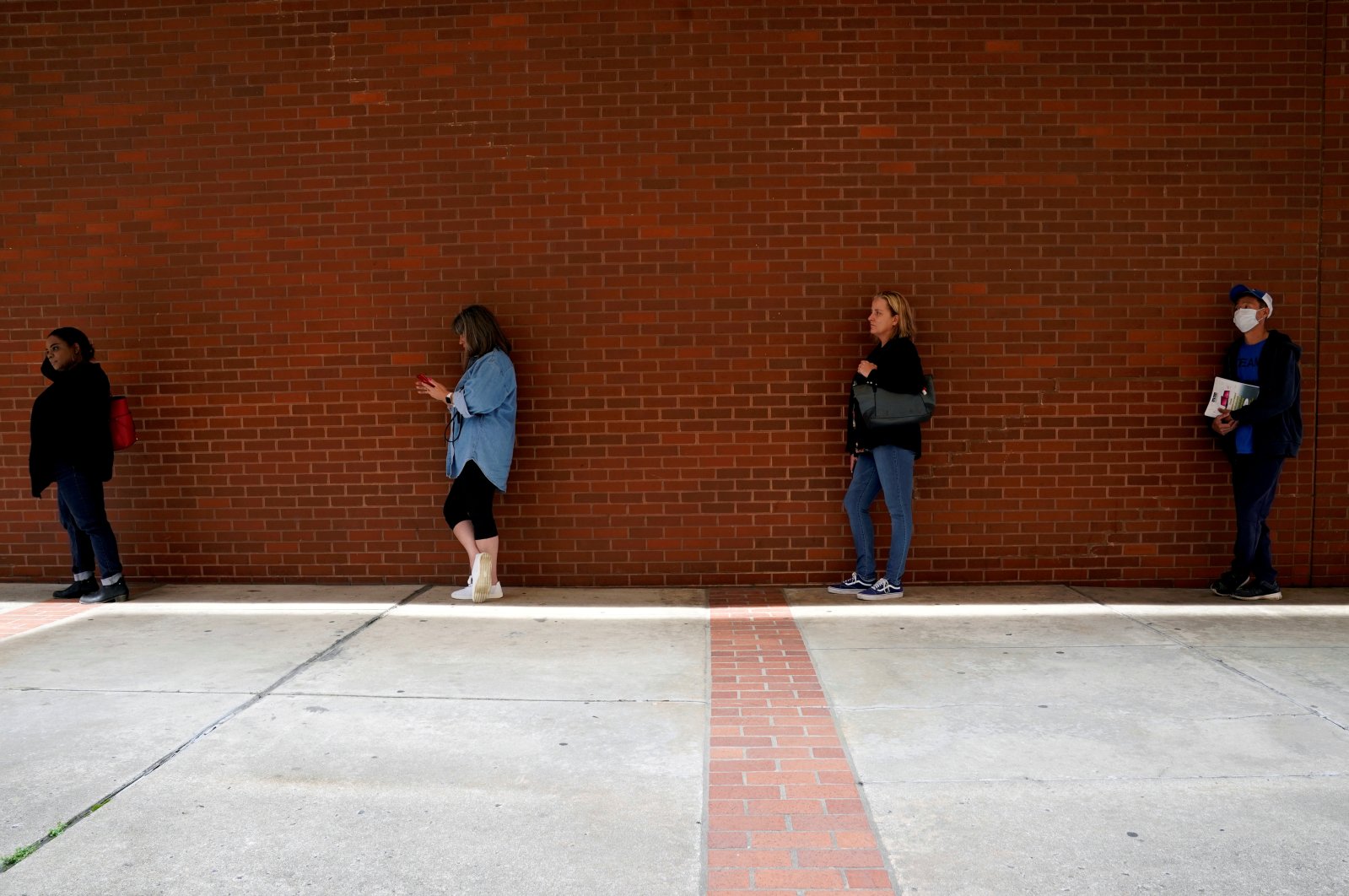 The coronavirus outbreak has thrown at least 16.8 million Americans into unemployment in just three weeks, underscoring the terrifying speed with which the crisis has brought world economies to a near standstill.

Thursday's weekly jobless claims report from the U.S. Labor Department, the most timely data on the economy's health, showed that 6.6 million workers applied for unemployment benefits last week, on top of more than 10 million in the two weeks before that. That means more than 1 in 10 American workers have been forced out of a job since the crisis took hold.

The data strengthen economists' expectations of job losses of up to 20 million in April and their conviction that the economy is in deep recession. The government reported last Friday that the economy purged 701,000 jobs in March. That was the most job losses since the Great Recession and ended the longest employment boom in U.S. history that started in late 2010. The figures collectively constitute the largest and fastest string of job losses in records dating to 1948.

"In its first month alone, the coronavirus crisis is poised to exceed any comparison to the Great Recession," said Daniel Zhao, senior economist at Glassdoor. "The new normal for unemployment insurance claims will be the canary in the coal mine for how long effects of the crisis will linger for the millions of newly unemployed Americans."

Economists polled by Reuters had forecast claims slipping to 5.25 million in the latest week, though estimates in the survey were as high as 9.3 million.

The real numbers could be even higher because the surge of jobless claims has overwhelmed state unemployment offices around the country, and some people have been unable to get through by telephone or website. And still, more job cuts are expected.

The U.S. unemployment rate rose 0.9%, the largest single-month change since January 1975, to 4.4% in March. The government said the rate could have been 5.4% if it were not for a misclassification error during the survey of households.

The rate could hit 15% – a number last seen at the tail end of the Great Recession – when the figures for April come out.

The Federal Reserve on Thursday rolled out a broad, $2.3 trillion effort to bolster local governments and small and mid-sized businesses in its latest move to keep the economy intact.

The U.S. has by far the most confirmed infections with over 430,000, three times the number of the next three countries combined. New York state on Wednesday recorded its highest one-day increase in deaths, 779, for an overall death toll of almost 6,300. New York has more than 40% of the 15,000 U.S. fatalities.

Worldwide, the number of confirmed COVID-19 cases has climbed to nearly 1.5 million, with nearly 90,000 deaths, according to Johns Hopkins University. The true numbers are much higher, because of limited testing, different rules for counting the dead and the efforts of some governments to conceal the extent of their outbreaks. More than 330,000 people are reported to have recovered.

With more than 95% of Americans under "stay-at-home" or "shelter-in-place" orders, reports continue to mount of state employment offices being overwhelmed by a deluge of applications. As such, the moderation in claims last week is probably temporary.

The viral outbreak is believed to have erased nearly one-third of the economy’s output in the current quarter and 48 states have closed non-essential businesses. Restaurants, hotels, department stores and countless small businesses have laid off millions as they struggle to pay bills at a time when their revenue has vanished.

A nation of normally free-spending shoppers and travelers is mainly hunkered down at home, bringing entire gears of the economy to a near-halt. Non-grocery retail business plunged 97% in the last week of March compared with a year earlier, according to Morgan Stanley. The number of airline passengers screened by the Transportation Security Administration has plunged 95% from with a year ago. U.S. hotel revenue has tumbled 80%.

The government-mandated business shutdowns that are meant to defeat the virus have never brought the U.S. to such a sudden and violent standstill. For that reason, economists are struggling to assess the duration and severity of the damage. “We’re just throwing out our textbooks,” said Beth Ann Bovino, chief U.S. economist at S&P Global Ratings.

The Penn Wharton Budget Model, created at the University of Pennsylvania’s business school, projects that the U.S. economy will shrink at an astonishing 30% annual rate in the April-June quarter – even including the government’s new $2.3 trillion relief measure, the largest federal aid package in history by far. An economic contraction of that scale would be the largest quarterly plunge since World War II.

Businesses are also encouraging their lowest-paid hourly workers to apply for unemployment benefits to take advantage of an extra $600 per week for up to four months. This enhancement is part of the historic rescue package and is on top of existing jobless benefits, which averaged $385 per person per month in January.

It is equivalent to $15 per hour for a 40-hour workweek. The government-mandated minimum wage is about $7.25 per hour.

"The new $600 Federal payment alone still exceeds average earnings in leisure and hospitality by almost 50%," said Andrew Hunter, a senior U.S. economist at Capital Economics. "This may in turn be part of the reason why jobless claims have soared so rapidly in recent weeks. Workers may be more accepting of temporary furloughs if they stand to lose little income, and several major retailers have cited the new provisions when announcing layoffs."

Thursday's claims report also showed the number of people continuing to receive benefits after an initial week of aid shot up 4.4 million to a record 7.4 million in the week ending March 28, obliterating the previous all-time high of 6.6 million set in May 2009.

A key aspect of the rescue package is a $350 billion small business loan program that is intended to forestall layoffs. Small companies can borrow enough to cover payroll and other costs for eight weeks. And the loans will be forgiven if small businesses keep or rehire their staff. The Treasury Department has begun to roll out the loans to mixed results. Many small businesses have had trouble accessing loan applications, and many economists say the $350 billion is insufficient. Treasury Secretary Steven Mnuchin has said he will seek an additional $250 billion for the program from Congress.