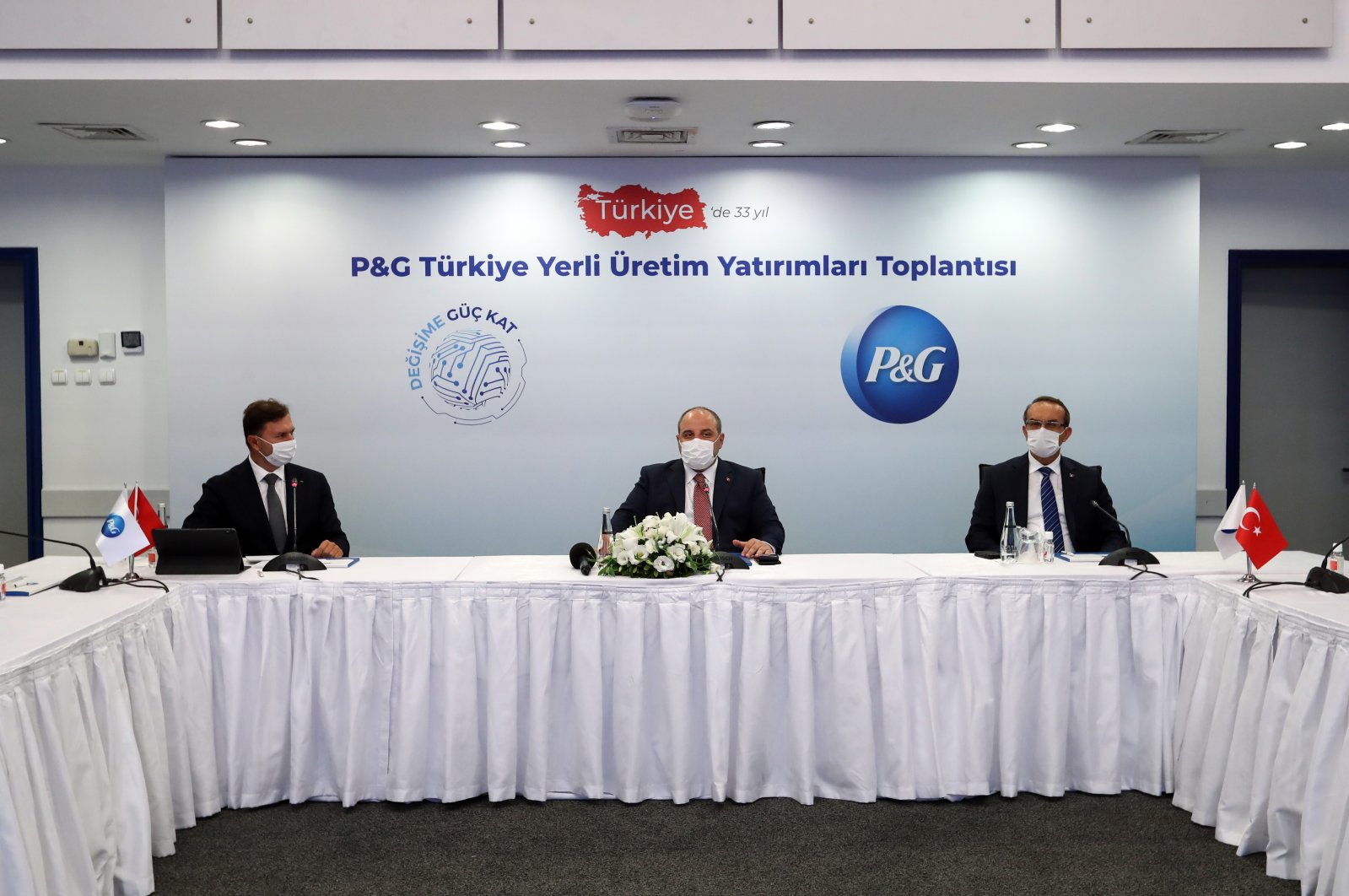 "P&G has a goal of purchasing materials worth $30 million (TL 224.09 million) from Turkish companies," Mustafa Varank said during his visit to the company's plant in Kocaeli in the northwestern Marmara region.

The Turkish companies that are supplying goods to P&G are carrying out $170 million worth of exports to its other factories worldwide, Varank noted.

"If their plan is carried through by 2023, it will also help narrow our current account deficit," the minister added.

Pointing to how demand for hygiene and cleaning products boomed after the onset of the coronavirus pandemic, Varank said P&G procured some chemicals from Turkish producers as the virus caused supply chain disruptions.

The company aims to have its exports from Turkey hit $120 million this year, he said.

Tankut Turnaoğlu, P&G's general manager for Turkey, the Caucasus and Central Asia, stressed that the company has been operating in Turkey for 33 years.

"We made investments worth $238 million in the last decade in Turkey," Turnaoğlu said.

He underlined that the company saw a 20% year-on-year rise in exports in the first seven months of this year while hitting its highest export figure in 33 years this March and April.