Politics aside: Ankara says no reason for customs union deal with EU not to be updated 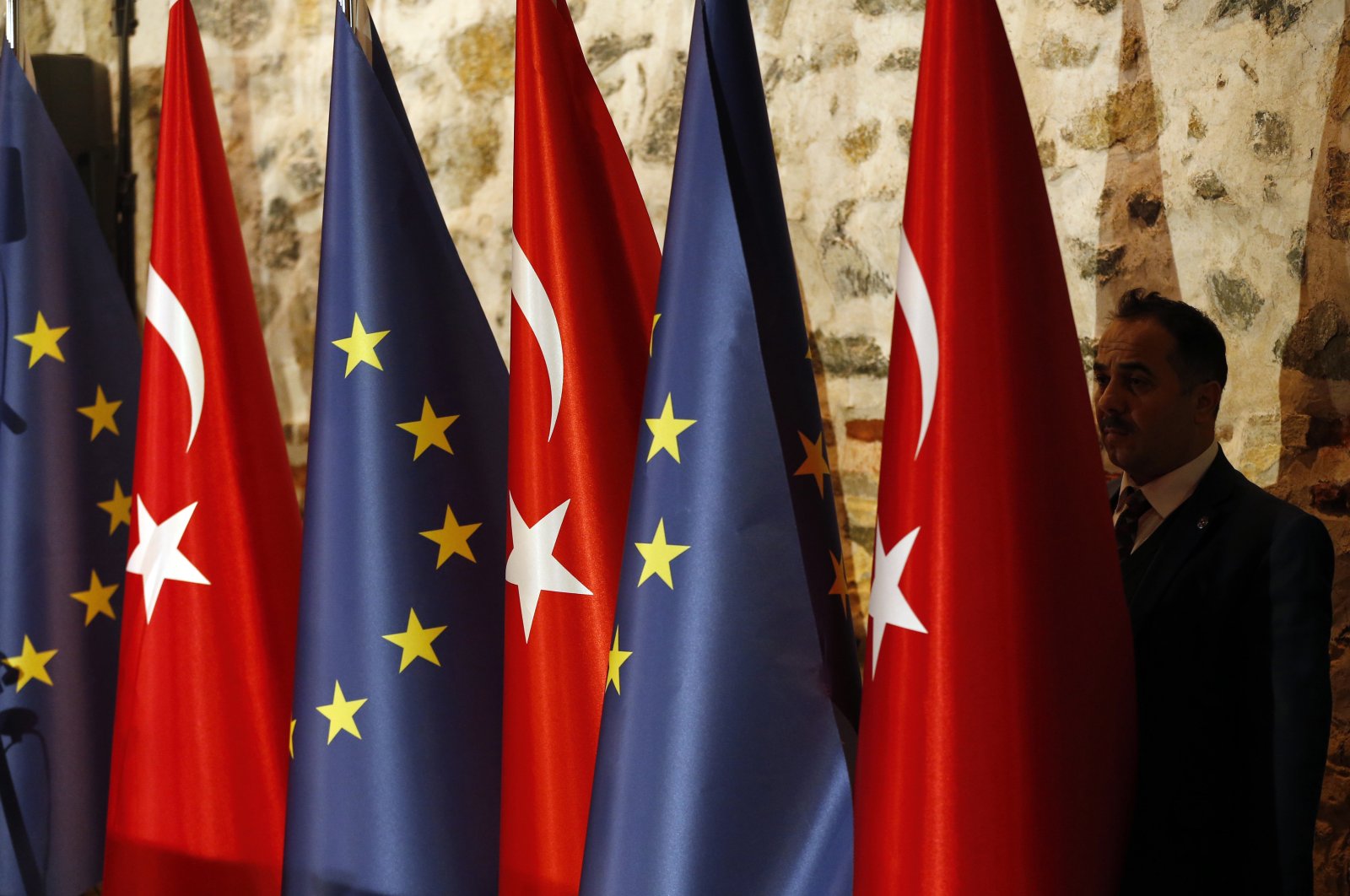 An official adjusts Turkey's and the European Union flags prior to the opening session of a high-level meeting between EU and Turkey, Istanbul, Feb. 28, 2019. (AP Photo)
by DAILY SABAH Jul 05, 2020 2:17 pm
RECOMMENDED

The current customs union agreement between Turkey and the European Union is insufficient, the country’s trade minister said, stressing there is no reason for the agreement not to be updated if the main focus is attached to economy and trade – not politics.

“Because the EU also needs this,” Rushar Pekcan said Sunday.

Pekcan said intensive discussions on the customs union agreement with the bloc continued during the coronavirus pandemic, referring to dozens of meetings held via videoconference with many countries, virtual trade delegation and virtual fairs.

The minister had met two times with EU ambassadors and had also held discussions with the heads of the country’s chambers of commerce.

“They still give us right at this point. Now, if politics is put aside, if only the economy and trade are focused on, there is no reason why that should not be done. Because EU businesspeople also need this,” Pekcan added.

Turkish and European officials have over the last couple of years been carrying out talks focused on revising the current customs union agreed upon between both parties. Although talks have been stalled as a result of political tensions over the last three years, business circles and officials from both sides have endeavored to maintain dialogue.

Turkey is the only non-EU country with a customs union agreement with the bloc. The deal was penned with the European Economic Community (EEC), the forerunner to the EU, in 1966. In its Dec. 21, 2016, assessment, the EU Commission proposed revamping the deal, which currently only covers a limited range of industrial products and excludes agriculture, public procurement and services. With the inclusion of these sectors with third-party countries, bilateral trade between Turkey and the EU is expected to reach $300 billion, a stalk increase from its current level of $165 billion.

Pekcan also touched on Brexit, saying negotiations with the U.K. regarding the free trade agreement were proceeding very positively.

The U.K.’s Secretary of State of International Trade and Minister for Women and Equalities Liz Truss also recently said progress was made in the ongoing talks on the trade deal between London and Ankara.

Lastly, Judith Slater, Britain's consul general in Istanbul and the U.K.'s Trade Commissioner for Eastern Europe and Central Asia, said both sides were very keen to ensure, as far as possible, a smooth transition (for post-Brexit trade relations) by putting an FTA in place before the end of the year.

The U.K. formally left the European Union on Jan. 31, 2020, after 47 years of membership and more than three years after Britons voted to leave in a referendum.

The U.K. has until the end of 2020 – a transition period during which it will remain an EU member in all but name – to hammer out a new trade deal with the EU. If they fail, the legal default will be a potentially crippling no-deal Brexit that would leave trade between Britain and the EU starting in 2021 based on World Trade Organization (WTO) terms that would impose import duties and controls.

Over the course of the year, the U.K. will continue to abide by the trade terms set by the EU but will also be free to strike new trade deals.