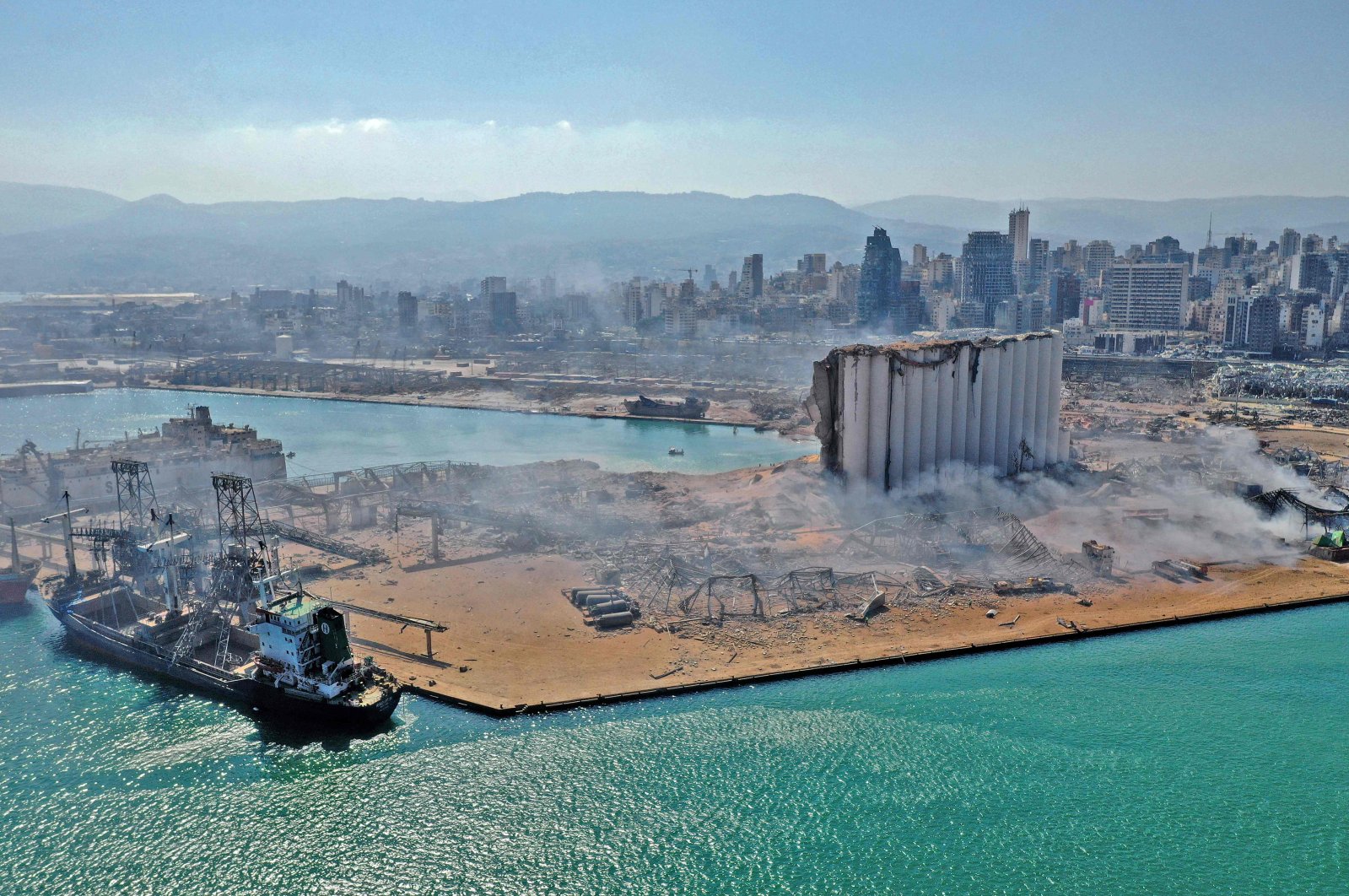 An aerial view shows the massive damage done to Beirut port's grain silos (C) and the area around it one day after a mega-blast tore through the harbor in the heart of the Lebanese capital, Aug. 5, 2020. (AFP Photo)
by DAILY SABAH WITH AGENCIES Aug 05, 2020 12:35 pm
RECOMMENDED

The tragic explosion which ripped through the port of Beirut has added yet another burden to Lebanon's already exhausted political and financial resources at a time when the government has been desperately seeking international and domestic assistance in the face of a severe economic crisis.

On Tuesday, a massive blast in Beirut rippled across vast swathes of the city, leaving at least 100 people dead and more than 4,000 injured, while causing widespread damage.

The explosion has increased the pain from a severe economic crisis and severe political polarization in a country where regional and international parties overlap.

The Port of Beirut is the largest shipping and clearing point in Lebanon, through which approximately 70% of the incoming and outgoing trade traffic to and from the country passes, according to the port's website.

Economy Minister Raoul Nehme Wednesday said Lebanon had enough grain reserves for “a bit less than a month” after the explosion destroyed the nation’s main silo.

Meanwhile, Beirut Governor Marwan Abboud said the blast had left more than 200,000 people homeless, causing damage to buildings worth between $3 billion and $5 billion – and “maybe more.”

Prime Minister Hassan Diab said Tuesday the blast was due to around 2,750 tons of ammonium nitrate having been stored in a warehouse in Beirut’s port for six years without the correct safety measures having been implemented.

In 1887, the port was turned into an organized clearing and shipping port when the Ottoman authorities offered the concession of the port to a company based in the empire.

The port is located in a strategic area linking the commercial markets of Asia, Europe and Africa and thus reduces the duration of commercial navigation voyages compared with other routes.

With a direct connection to 56 ports on three continents, the port receives and exports goods in cooperation with 300 other ports worldwide.

In an effort by the Lebanese authorities to quickly mitigate the losses, the Supreme Defense Council in Lebanon recommended preparing the port of Tripoli in northern Lebanon to secure commercial voyages for imports and exports.