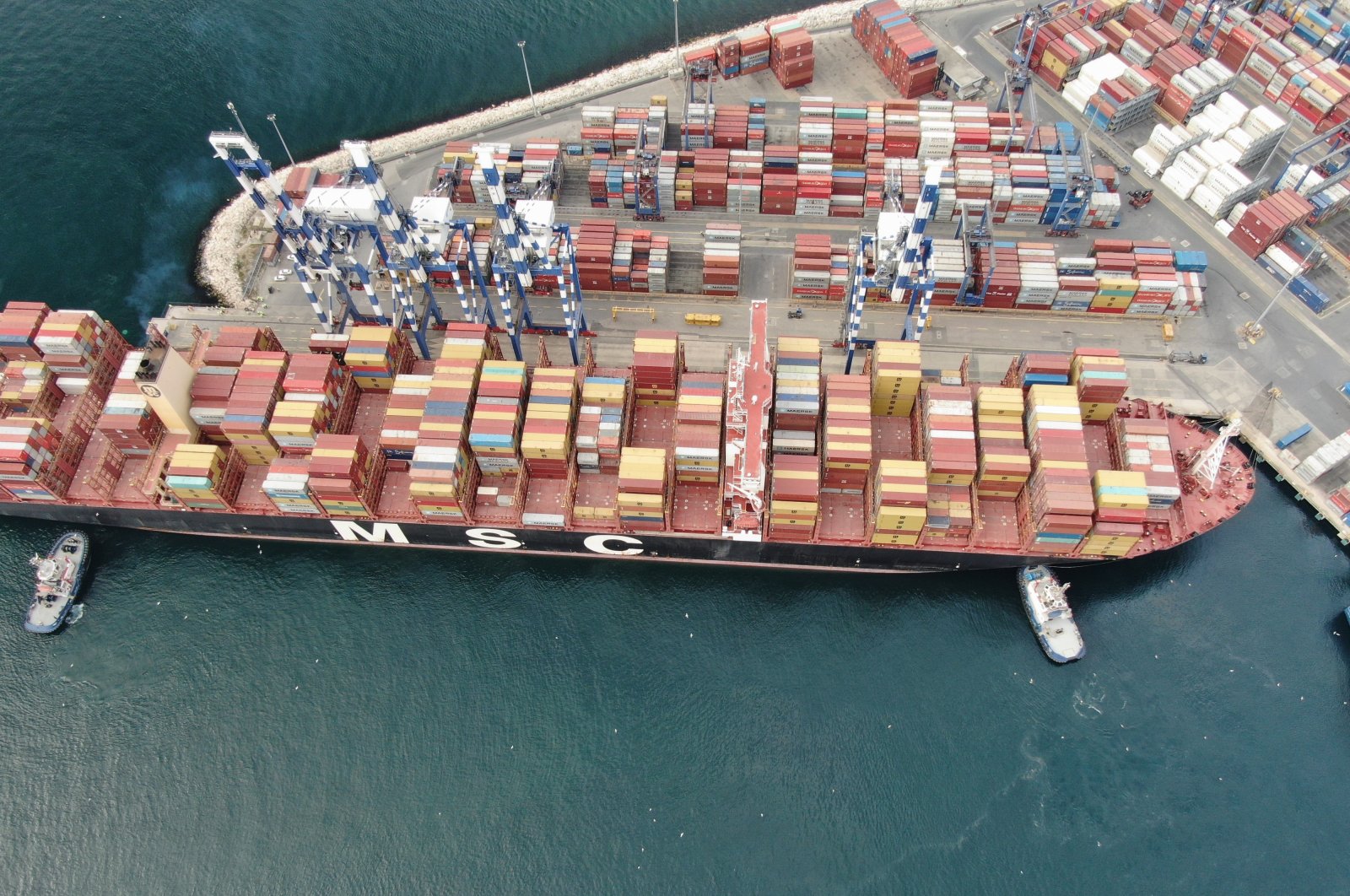 The D-8 preferential trade deal could be a crucial tool in strengthening commercial relations of the group of developing nations, Turkey’s Trade Minister Ruhsar Pekcan said Monday as she called for broader cooperation in the digital economy and in e-commerce.

“The D-8 Preferential Trade Agreement can be very instrumental in enhancing our trade relations,” Pekcan said in her virtual address at the 10th D-8 Organization for Economic Cooperation’s Business Forum.

Pekcan stressed that Turkey supports every initiative and strategy to boost trade ties in pursuit of achieving the $500 billion (TL 4 trillion) trade target.

“I am glad to say that Turkey has already implemented the agreement based on our commitments,” the minister noted.

“We would like to see other countries as well,” Pekcan said, calling for Bangladesh, Indonesia, Nigeria and Pakistan to also begin the implementation of the agreement at the earliest possible time. “Besides this agreement, we need to support our investors and try to improve our investment relationships.”

“So I think we need to improve our trade relations. In particular, we must work toward the goal of achieving a trade volume of $500 billion within the D-8,” Pekcan said of the target aimed to be reached by 2023.

The group represents 4.5% of global trade and 5% of the global gross domestic product (GDP).

Given the significance of international logistics and supply chains, D-8 countries should work on improving logistical ties and infrastructure in order to facilitate trade, the minister said.

“As Turkey, we emphasize our key role in trans-Asian logistics routes and attach importance in enhancing the effectiveness of the Middle Corridor,” she added.

“This is not enough. We need a better trade and investment environment between our countries. We need to broaden the scope of our preferential trade agreement. There needs to be full participation of our member states in this agreement. We need better physical and legal infrastructure,” Hisarcıklıoğlu said.

She stressed that Turkey is well aware of the economic synergy that could be generated with fellow countries of shared historical, economic, social and cultural foundations.

“Our involvement with the D-8, along with the Economic Cooperation Organization (ECO) and the Organisation of Islamic Cooperation (OIC) is a solid outcome of this belief,” the minister noted.

Underlining that the coronavirus pandemic increased the importance of the countries to act in harmony and pool their resources, Pekcan said, “We support initiatives toward ensuring the distribution of vaccines to every country without any exceptions, in a cost-effective way.”

Pointing to the constructive nature of international trade and international business relations, the trade minister said every economic opportunity toward enhancing the welfare of D-8 countries, societies and future generations should be seized.

With a GDP of nearly $4 trillion, the D-8 countries account for almost 90% of the exports, except oil and natural gas, of OIC members.

“This indicates a great economic potential that we must never lose sight of,” Pekcan said.

Pekcan underlined the importance of cooperating in key areas such as the digital economy, digitalization and e-commerce, adding that Turkey is ready to engage in collective work with D-8 partners in such innovative areas.

Touching on the global economic lull due to the pandemic, Dato Ku Jaafar Ku Shaari, secretary-general of the D-8, also said the group should continue to enhance cooperation in the upcoming period.

“We want to diversify and create new opportunities in trade relations. We want to improve developing countries’ position in the world economy,” Shaari added.

D-8 projects such as preferential trade agreements and visa agreements will enable the movement of people and goods, and in turn, they will have a positive impact on the economic activities of the D-8, the secretary-general said.

"We also look forward to developing a new project that will help D-8 member countries use more of their own local currencies in trade, reducing the dominance of other foreign currencies in D-8 trade," he said.

“The D-8 airlines zone will pave the way for stronger trade ties among the member countries, showing how the D-8 is facilitating the needs of the citizens of the block in order to develop economic cooperation,” he added.

Istanbul Sabiha Gökcen International Airport (ISG) will be one of the designated airports of the D-8, he added.

“We will be able to overcome the challenges of COVID through the effective functioning of the D-8 business platform,” Munshi said, addressing the event.

He noted that the D-8’s Chamber of Commerce and Industry will be more assertive in efforts to enhance trade, services, investment, small and medium-sized enterprises (SMEs), tourism, agriculture and green economy.

Munshi added that the platform will contribute to member states’ economic cooperation.

Also touching on the preferential trade agreement, he said: “I believe that businesspeople have a significant role to play. I requested that the business leaders play a pivotal role in increasing businesses.”

Noting that countries will face some challenges posed by new innovations such as artificial intelligence (AI), automation, the internet of things (IoT), the Fourth Industrial Revolution and blockchain, the minister stressed: “We need to keep aligning ourselves with these challenges.”