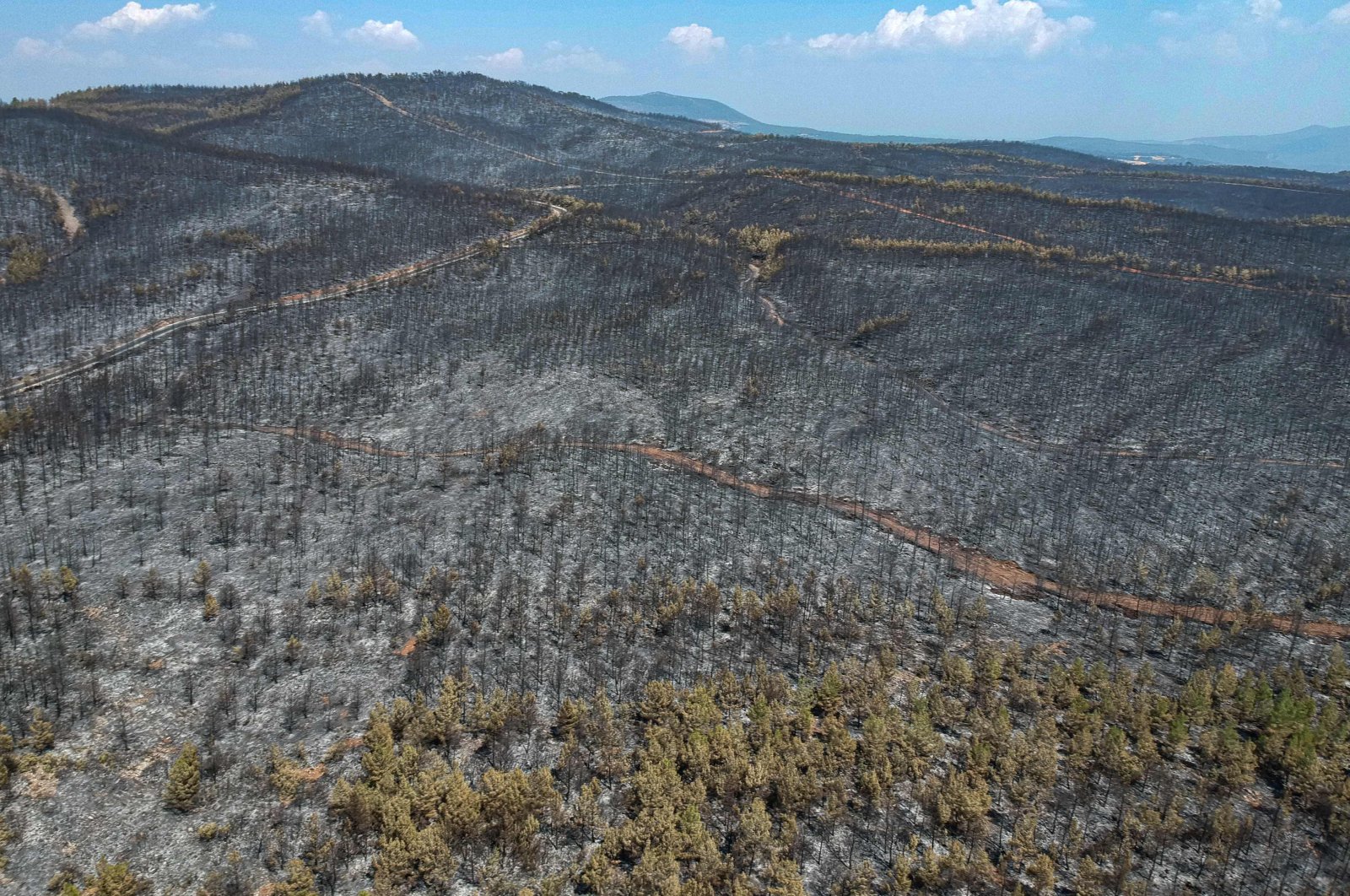 Turkey’s wildfires have left little behind, turning green forests into ashen, barren hills. The destruction is being intensely felt by Turkey’s beekeepers, who have lost thousands of hives as well as the pine trees and the insects their bees depend on.

Twelve days of deadly wildfires have dealt a major blow to Turkey’s honey industry and even its longer-term prospects appear bleak.

Nearly all of the residents of Osmaniye, a neighborhood in Turkey's southwestern Mediterranean resort of Marmaris, are beekeepers. Their beehives once looked out to the green hills of Muğla province where Marmaris is located and provided the main income for many families.

Ali Kaya, 33, is a second-generation beekeeper. After his father’s death, he took over the honey business his father had set up in 1979. Yet this week Kaya lost 250 hives in Osmaniye to the wildfires, as well as the entire ecosystem upon which his bees depend.

He says the entire region is in shock.

“There is nothing left here, no trees left. Animals burned. Some people’s homes and roofs burned,” he said. “I have no idea what we’ll do. Our heads are all messed up, our mental outlook destroyed. We can’t think clearly here in Osmaniye."

The red pine trees endemic to Anatolia span the Taurus mountain system. They can be seen along Turkey's coast from the Eastern Mediterranean all the way to the northern Aegean Sea, including a great number around Muğla. The pines provide a welcoming habitat for scores of shrubs and make an ideal environment for bees.

Bees in Muğla produce a special pine-based honey. Unlike most of the honey in the world, which is created from the nectars of flowers, bees in Muğla collect the secretions of Marchalina hellenica, a scale insect that lives on pine trees and feeds on their sap. What they leave behind, the bees take to make a nutritious honey.

Wildfires in Turkey started on July 28 amid a ferocious heat wave and raged on for days across more than half of Turkey's provinces. As of Monday, some wildfires were still burning in the provinces of Muğla, Aydın and Isparta. At least eight people and countless animals have been killed. Villages and resorts had to be evacuated, with some people fleeing to beaches to be rescued by sea. The wildfires also threatened two coal-burning power plants.

The Turkish government has promised to rebuild the many burned homes and compensate villagers for their animals, along with providing other aid.

Şamil Tuncay Beştoy, who heads the Environmental and Bee Protection Association, said hundreds of thousands of hives were saved purely by an accident of timing.

Many nomadic beekeepers, including some from Muğla, each year move their hives to Turkey's inland upper plains in the spring and come to Muğla from mid-August on for the pine trees. Those beehives were spared from burning but their whole production cycle has been shattered.

“Now they don’t have anywhere to come back to, there are no forests left,” said Beştoy, a beekeeper himself. “The bees and the beekeepers are waiting at the plains with no idea of what to do.”

Since they cannot remain on the plains for long because of their feeding needs, the association was working to find healthy, temporary forest locations in Muğla, which is already highly populated with hives.

It’s a short-term solution to save the bees but points to the need for close coordination between the government, beekeeping associations and beekeepers to chart the way forward. Workers may have to find new beekeeping routes or even jobs in other industries.

Even before the wildfires, Turkey’s beekeepers were already suffering from climate change, with droughts and high temperatures reducing the pine trees’ sap and killing the bugs.

“Beekeeping is a fundamental culture of Anatolia and we were already warning that we may lose it to the climate crisis. These fires have added fuel to that fire,” Beştoy said.

Further to the east, forests in Antalya’s Manavgat district were also incinerated. Beekeeper Güven Karagöl had to leave his hives behind once those flames grew near.

“The fires came quickly and my beehives were burning, I could only watch. Six years of my work, this year’s labor, burned,” he told the Ihlas News Agency (IHA).

When he returned at daybreak after the fires, he saw some bees emerging and realized that 20 out of 100 hives had somehow survived.

“I thought I can’t do this in a completely blackened nature, my hopes were shattered,” he said. “These 20 hives gave me hope.”

The Turkish government has said that the burned forests would be reforested and groups have launched campaigns for saplings.