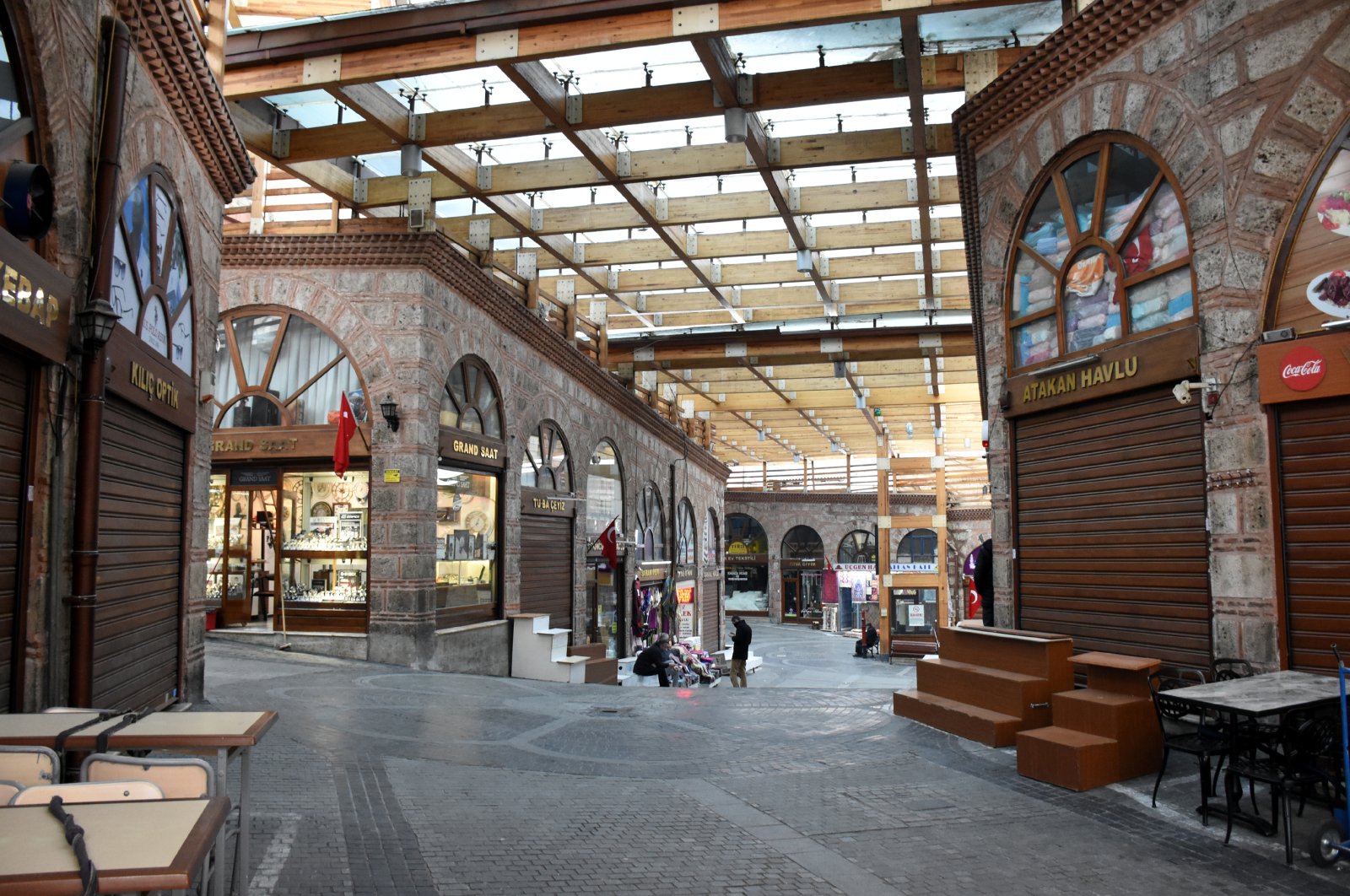 Turkey has taken sweeping steps to cushion the economic fallout of the coronavirus pandemic to protect both employers and employees. Among the measures, the protection of small and medium enterprises' (SMEs) business is a top priority as they constitute a large part of the country’s employment, experts said.

One of the mitigation steps postpones loan repayments due in April, May and June by three months for 135,000 SMEs which have received loans through the SMEs Development Organization of Turkey (KOSGEB) loan support package, officials announced late Monday.

Industry and Technology Ministry Mustafa Varank said later in a statement he shared on his Twitter account that an additional four months were also given for ongoing projects.

Abdurrahman Kaan, chairman of the Turkish Independent Industrialists and Businessmen's Association (MÜSİAD), speaking on the coronavirus’s impact on the world economy and the measures taken to mitigate it, told Turkish daily Dünya that SMEs provide 75% of the country’s employment and need to be supported in such a time.

Those businesses also contribute 56% of the exports, 36% of the imports and 64% of the total turnover, he noted, adding that in previous difficult times for the economy, large firms, in particular, borrowed the credit they received for stocks from banks and invested it, but when it comes to SMEs, there would be credit problems.

Kaan said MUSİAD, which has over 10,000 members across 95 countries, closely follows other countries to see what kind of measures are being taken to fight the economic fallout and arrange meetings with officials from those countries.

SMEs are a priority and protected across the world, he said.

Within the scope of KOSGEB's credit support programs, there are 136,255 businesses that use loans from banks, and the amount of their debts for April, May and June totals around TL 713 million ($105.4 million). Those businesses will not pay any expenses in return for the deferral. KOSGEB will cover the financing costs arising from the deferral.

KOSGEB will provide support of up to TL 6 million for these projects. TL 4.2 million of this amount will be provided in loans.

State to pay 60% of salaries

As part of the measures, the government will pay 60% salaries of staff salaries in the event a firm goes out of business.

Any firm forced out of business due to a force majeure, such as the pandemic, in this case, can approach the government, and the state will pay 60% of the staff salaries for a period of three months.

Within the scope of short-term employment allowance – which was previously announced and for which employees were encouraged to apply by both the Treasury and Finance Minister Berat Albayrak and Turkish President Recep Tayyip Erdoğan – the government will make direct transfers ranging from TL 1,752 to TL 4,381 to the employees’ bank accounts.

The government will also pay for their health insurance during this period.

The steps are aimed at cutting back unemployment caused by the pandemic, which has claimed nearly 75,000 lives globally and infected more than 1.35 million others.

Bunyamin Esen, a social security inspector and CEO of the consulting firm Uzman Global, said that due to the short-term employment allowance, firms will not lose their staff for three months.

He added that the president has the authority to extend the three-month period to six months.

"If the risk of an epidemic does not end as early as expected, the period of the allowance will be extended," he said.

Salaries are paid by the government on the fifth day of each month through the Turkish Post and Telegraph Organization (PTT).

Employers will not have to pay the salaries, insurance premiums and income taxes of their staff during this period, Esen said.

He said this allowance has been valid since 2008, but it was stretched to incorporate the unprecedented situation arising from COVID-19, the disease caused by the novel coronavirus.

Under the amendment, an employee who has worked for at least 60 days and has 450 days of premiums for the last three years qualifies for the allowance.

In the case that an employee loses his or her job after the three-month period, the state will give them an unemployment allowance for up to seven months and up to TL 2,354.

The Turkish government is also backing employers with minimum wage and tax supports besides the short-term employment allowance.

The government has also approved tax discounts and delays for companies and citizens.

Tourism and aviation firms, which have been affected most by the virus, are also being protected by the government.

Banks have allowed clients to defer their installments for three months and are offering new low interest-rate credit packages to firms.