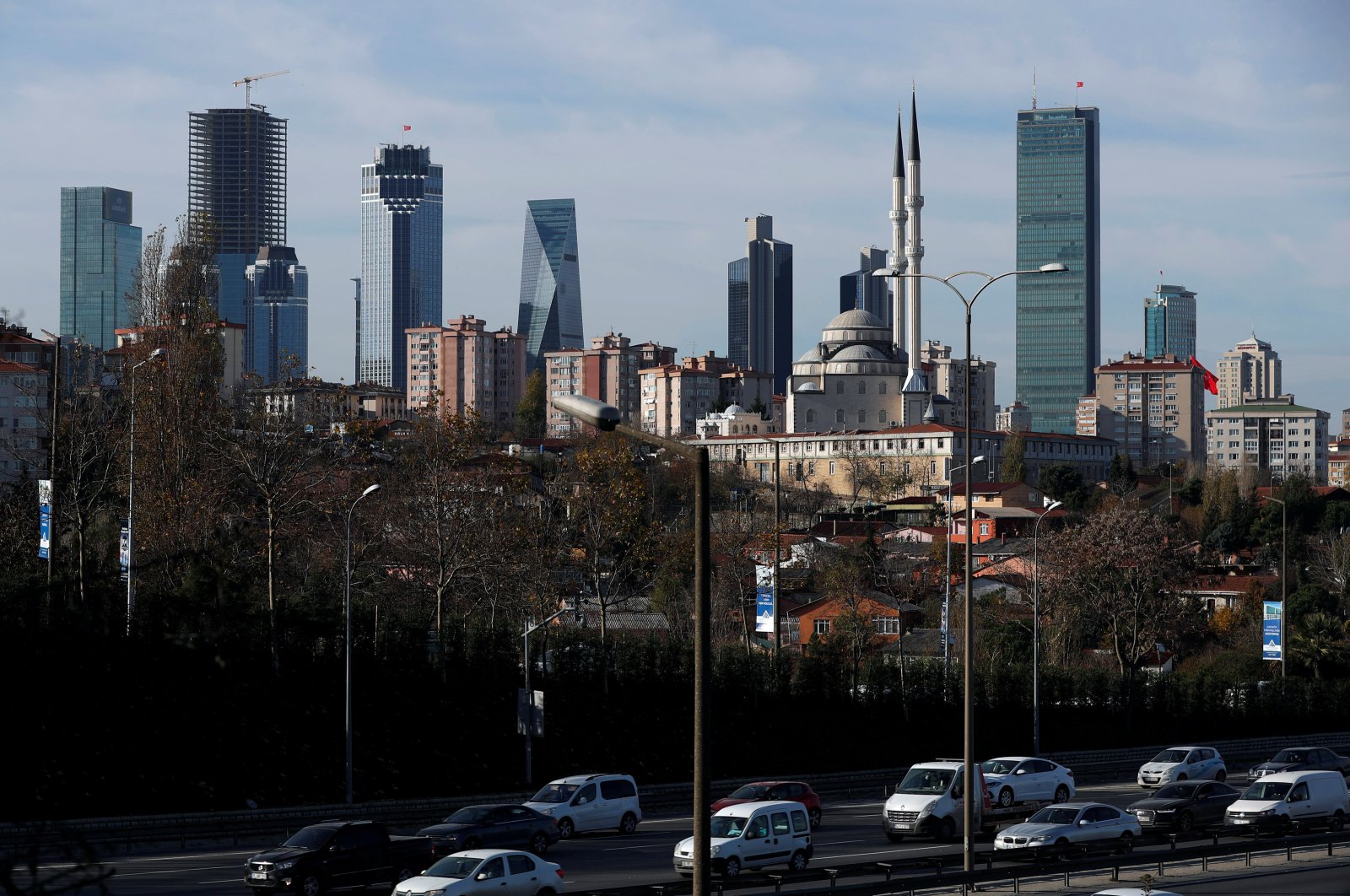 The business and financial district of Levent, where many of the leading Turkish banks' and companies' headquarters are located, is seen behind a residential neighborhood in Istanbul, Turkey, Nov. 30, 2017. (Reuters Photo)
by DAILY SABAH WITH AA Dec 23, 2021 3:28 pm
RECOMMENDED

Regional incentive practices mobilized within Turkey to offer a promising business environment for investors with its young and dynamic population, skilled workforce, increasing employment rate, growing middle-class with high purchasing power and unique geographical location have provided an average of 71.2% increase in investments, according to official data.

The Ministry of Industry and Technology analyzed the effects of regional incentive practices on macro indicators such as employment, investment and added value, according to an Anadolu Agency (AA) report on Thursday that benefitted from the data of the General Directorate of Strategic Studies and Efficiency.

The regional incentives are one of the practices within the scope of the Investment Incentive System, aimed to increase high value-added investments, production and employment, regional and large-scale investments, and foreign direct investments (FDIs). In addition to these goals, the system also aims to reduce regional development disparities.

The distribution of incentive certificates by region is varying, as most of the certificates were provided in the first region, which includes Istanbul, the capital of Ankara and the western metropolis Izmir, where the economic development is the highest.

Meanwhile, the number of documents facilitated in the sixth region, consisting of eastern and southeastern provinces, where the incentives given were the highest and the economic development was the lowest, was close to the number of documents provided in the second region, which includes central Konya province where industrial investments have been growing recently.

The enterprises that received incentives increased their investments by 71.2% on average and TL 45.5 billion ($4.01 billion) in monetary value, the data showed.

The ministry data further showed that the incentive program implemented directly employed 535,290 people in the enterprises that received incentives.

The average increase in the total wages paid to the employees was around 53.1%.

While there was an increasing trend in employment for all regions, it was noteworthy that the highest increase was in the sixth region, where the provinces in eastern and southeastern Anatolia are predominant.

The regional incentive practices also greatly benefited the added value of the enterprises, which defines the difference between the input and output of a good or service in the production process.

They had a direct impact of 101.3% on the added value of enterprises.

Turkey has implemented a range of successful economic reforms to invigorate its domestic investment environment based on the strong foundations it laid to attract international investment.

Thanks to the structural reforms carried out over the past decade, it has created an environment where all international investors get equal facilities, rights and are subjected to identical rules as domestic companies. Research and development, tax reforms, regional and sectoral incentives as well as general incentive programs to improve the investment environment also provide attractive opportunities for foreign investors.

When the incentive mechanism first kicked off, all provinces across the country were grouped into six regions.

The support provided as well as the amount and sector of the investment to be made differed according to the regions.

Documents received are defined as "open" until the specified investment and employment conditions are met, and only VAT exemptions and customs tax exemptions can be used in this process.