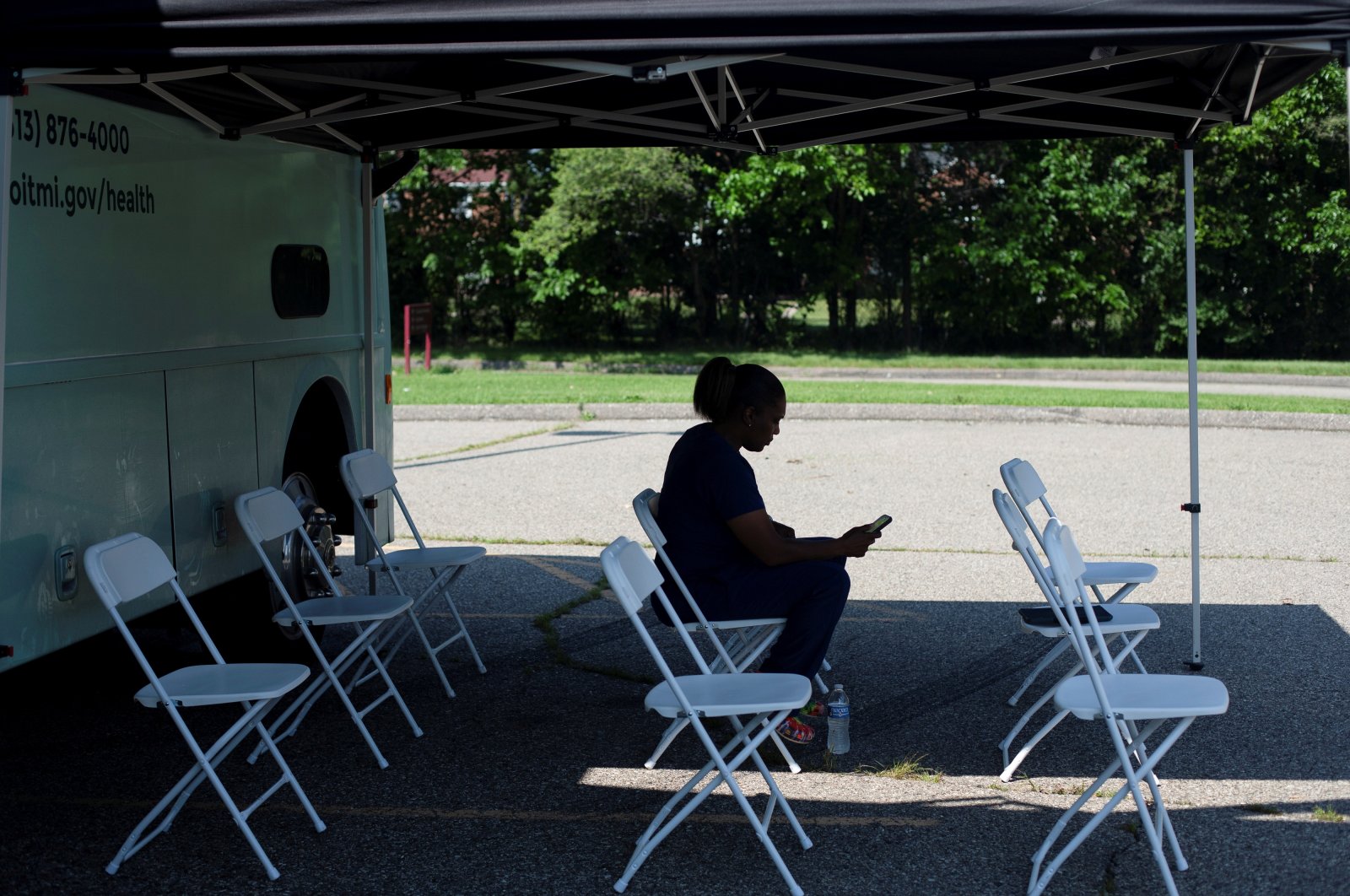 A nurse sits in the waiting area as she and other nurses wait for people to arrive for their COVID-19 vaccinations at a mobile pop-up vaccination clinic in Detroit, Michigan, U.S., July 26, 2021. (Reuters Photo)
by REUTERS Aug 12, 2021 6:27 pm
RECOMMENDED

With coronavirus infections on the rise, U.S. companies mandating vaccinations are confronting an uncomfortable question rarely asked by an employer – what is an employee's religious belief?

Google's parent Alphabet Inc., Walmart Inc. and Tyson Foods Inc. are among the growing list of employers requiring some or all staff to get the COVID-19 vaccine.

But with each mandate comes exceptions. Employers have to make reasonable accommodations for staff who cannot be vaccinated for medical reasons or refuse vaccination because of "sincerely held religious beliefs," according to the U.S. Equal Employment Opportunity Commission (EEOC).

"It's such a touchy subject for both sides," said Erin McLaughlin, a Buchanan Ingersoll & Rooney lawyer who advises large employers.

"This issue has moved to the forefront as we see more and more mandatory vaccination policies," she said. She noted there had been more regulator guidance on exemptions for disabilities than religious beliefs, adding to the challenge as companies draft vaccine policies.

The widespread availability of coronavirus vaccines in the United States caused infections to drop dramatically from January to June, but driven largely by the delta variant, the current seven-day moving average of daily new cases is up 33.7%, according to the U.S. Centers for Disease Control and Prevention (CDC).

The EEOC defines religion broadly to include moral and ethical beliefs and can even include opposition to receiving injections of certain chemicals, said Raeann Burgo, an attorney with Fisher Phillips, a law firm that represents companies.

Legal experts said it could take months for lawsuits to emerge over COVID-19 vaccines, but there are precedents that serve as a guide.

Cincinnati Children's Hospital Medical Center fired customer service representative Sakile Chenzira in 2010 for refusing a flu vaccine because she was a vegan. Chenzira sued and the hospital wanted the case dismissed, arguing she was mistaking a dietary habit for a religious belief. The federal judge ruled in her favor based on the sincerity of her views. The parties settled privately.

"As an employer, you can inquire whether an employee has a sincerely held religious belief. It's just kind of a fraught investigation," said Brian Dean Abramson, an author and specialist in vaccine law.

He said employers have to be careful not to appear to be invading the worker's privacy or harassing them and businesses have to be aware that employees' religious views may change over time.

Alina Glukhovsky was fired from her job as a skin specialist at a Chicago salon in 1990 after she refused to work on the Jewish holiday of Yom Kippur. She sued.

She had not asked off for the holiday during prior years, and she testified that she was not particularly religious when she started working at the salon in 1982, but her beliefs evolved after the death of her father and the birth of a son.

The court ruled in her favor.

Burgo said businesses should assume that employees seeking an exemption sincerely hold their beliefs. She said the bigger challenge can be accommodating those exemptions which the employer can refuse if it results in an "undue burden" on workplace safety and efficiency.

Brett Horvath cited religious beliefs when he refused a tetanus, diphtheria and pertussis vaccine in 2016 that was required by the City of Leander Fire Department in Texas where he worked as a driver and pump operator.

The department gave him a choice. Instead of being vaccinated, he could wear a mask and submit to testing or switch to a job in code enforcement with hours that were less convenient. He refused and was fired.

He sued and last year the 5th Circuit U.S. Court of Appeals upheld the dismissal, finding the face mask requirement accommodated his religion while allowing him to perform his job.

Lawyers said that vaccine accommodations such as regular testing and masking have become standard since the start of the pandemic and that might lessen disagreements over vaccine mandates.

But employees may also demand to work from home, creating a challenge for reluctant employers to explain why mandatory in-person attendance is essential after months of remote work.

"There will be a few employers who get it wrong before we get through the process to get pretty good established guidance on how to handle this, especially with vaccines," said McLaughlin, the lawyer for large employers.