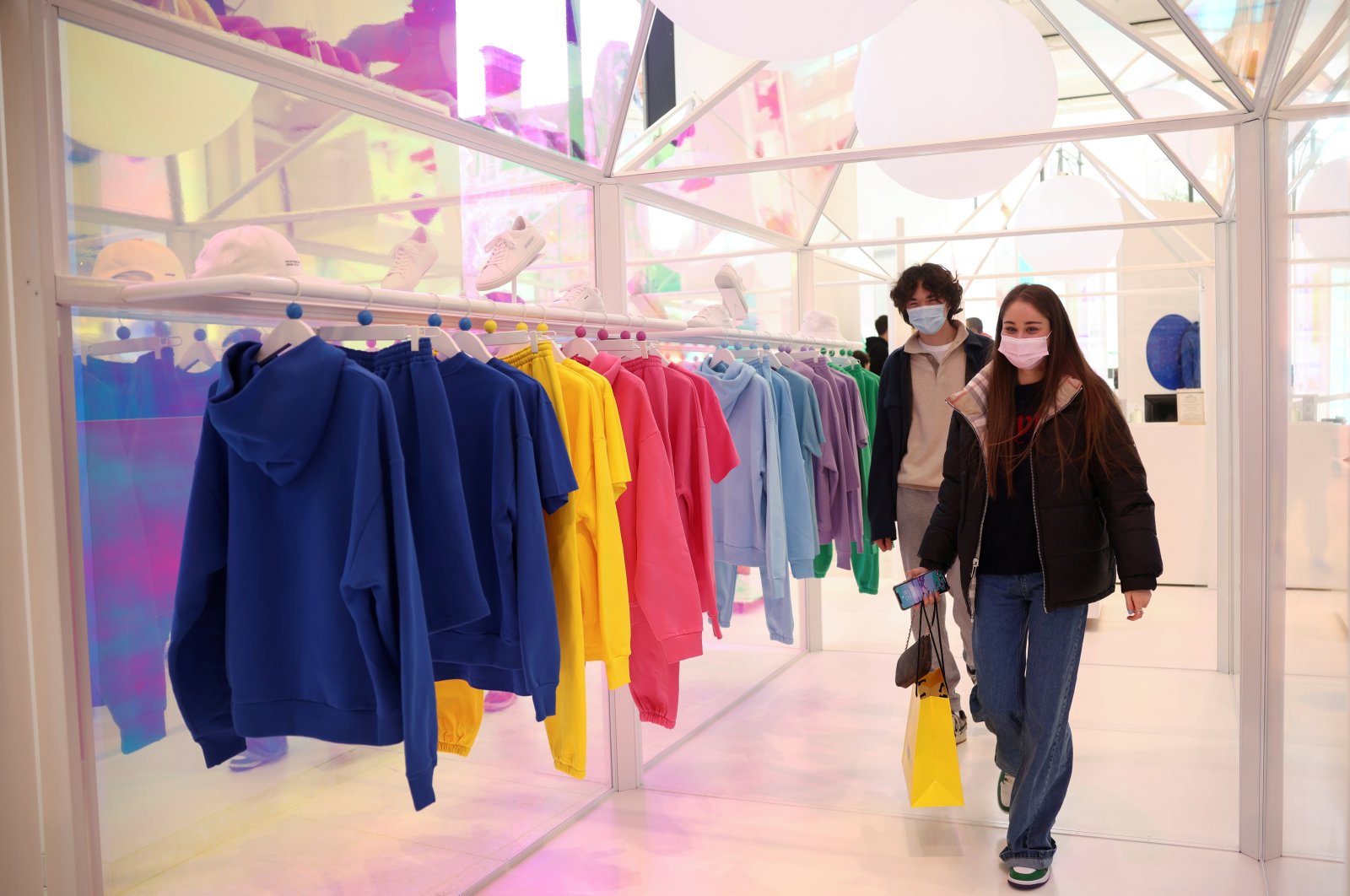 With the reopening of nonessential stores thanks to the gradual easing of COVID-19 lockdown in the United Kingdom, April retail sales surged, sparking a boom in clothing demand, data showed Friday.

Sales by volume soared 9.2% in April from March as Britain's economy cranked back into action.

"Retail sales volumes grew sharply ... reflecting the effect of the easing of coronavirus restrictions," the Office for National Statistics (ONS) said in a statement.

Demand for clothing rocketed by almost 70%, aided by good weather as consumers splashed their cash on new outfits after one year of lockdowns.

"Pent-up demand built up during lockdown continues to be released as the reopening of non-essential retail offered the public a welcomed opportunity to visit many of their favorite shop," said Helen Dickinson, head of the British Retail Consortium.

"Improved weather during April meant greater sales of fashion, particularly in outerwear and knitwear, as the public renewed their wardrobe and made plans to meet friends and family outdoors."

Overall sales rocketed 42.4% compared with April last year, which was the first full month of the initial U.K. lockdown at the start of the crisis.

Online sales boomed during lockdowns as consumers were forced to shop via their smartphones and computer screens, soaring by 56% compared to April 2019 before the pandemic struck.

Britain is exiting lockdowns at a gradual pace, allowing the economy to further recover from pandemic fallout.

At the same time, analysts are fearful that reopening economies will spark a global inflationary spike.

British inflation soared last month to 1.5%, the highest level since the early stages of the pandemic, separate data showed earlier this week.

"Retailers were in dire need of a spring sales boost after a long dark winter of lockdowns and the grand reopening delivered just that," said Susannah Streeter, analyst at stockbroker Hargreaves Lansdown.

"Shoppers indulged in a major dose of retail therapy, after being banned from browsing the racks for months."

Nonessential retailers reopened for business from April 12 in England and Wales and from April 26 in Scotland.

Lifting the stay-at-home order started in early March, while pubs, restaurants and cafes reopened last month – alongside nonessential retail – but had been limited to outdoor dining and drinking.

"The prospect of being able to go out once more and frequent bars and restaurants, saw consumers splashing the cash on the latest fashions," Streeter said.

The U.K. economy began to recover strongly at the end of the first quarter, despite only minor easing of lockdowns.

Gross domestic product (GDP) jumped 2.1% in March, although by not enough for the UK economy to avoid contracting by 1.5% in the first quarter.

The government plans to lift most virus restrictions from June 21.