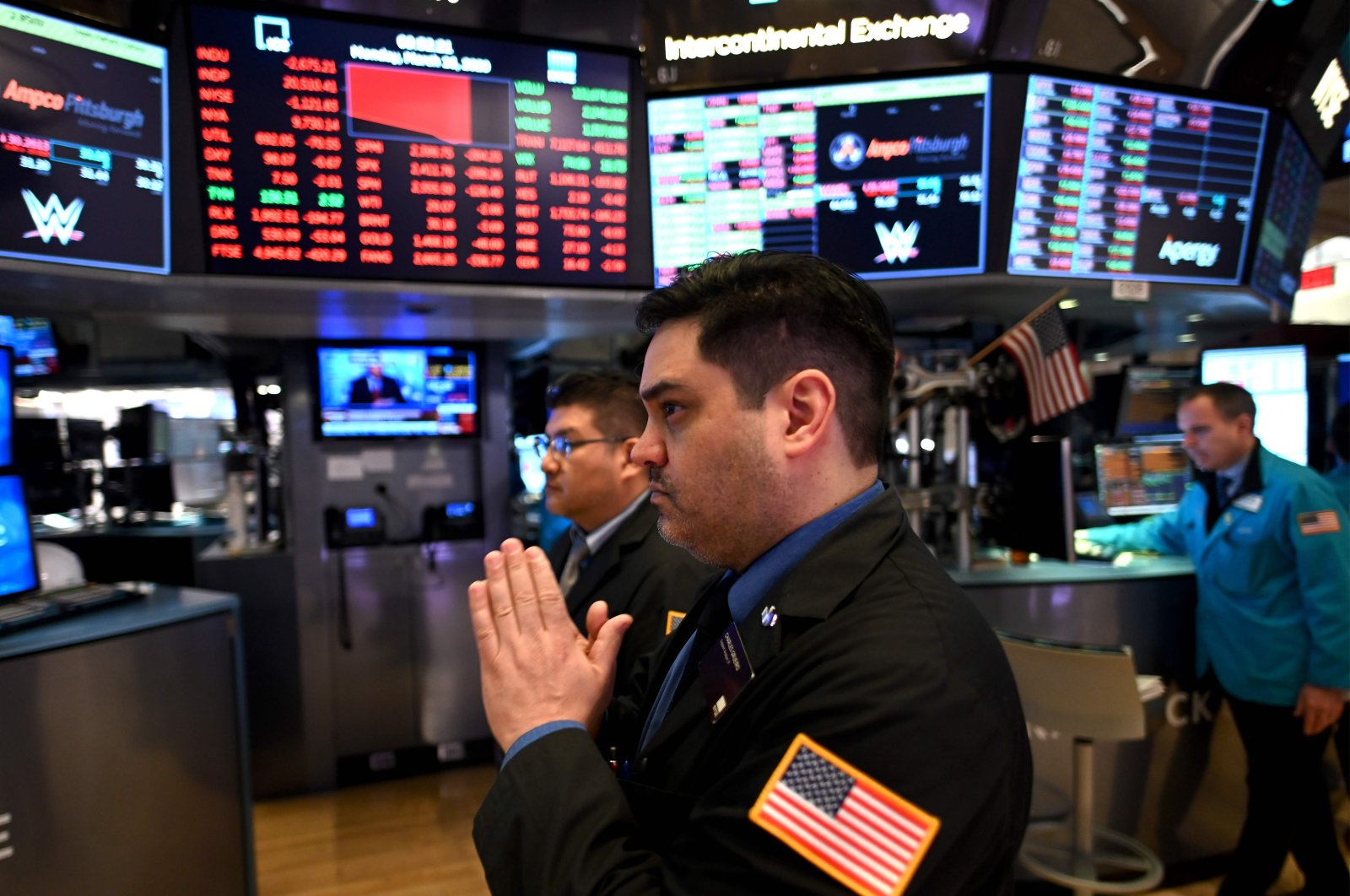 Fed’s second emergency rate cut along with other supportive measures from all corners failed to quell coronavirus fears, as stock markets and oil prices continued to nose-dive, driven by mounting fears of the damage the pandemic could inflict on the global economy

If this doesn’t work what will? It’s a question investors ask after the U.S. Federal Reserve (the Fed) and its other major peers around the world moved aggressively with sweeping emergency rate cuts and opened the monetary floodgates by offering cheap dollars to combat the coronavirus pandemic that has paralyzed large parts of the global economy but again failed to reassure markets that are still in freefall.

Instead of cushioning, the drastic maneuvers further deepened fears over whether policymakers will be able to mitigate the economic damage from the spreading illness, which has left thousands dead and put many countries on virtual lockdowns.

The Fed moved first on Sunday, slashing its interest rates to near-zero – a move reminiscent of the steps taken just over a decade ago in the wake of the financial crisis – in its second emergency move in two weeks.

“The virus is having a profound effect on people across the U.S. and around the world,” Fed Chair Jerome Powell said in a news conference after cutting short-term rates to a target range of 0% to 0.25% and announcing at least $700 billion in Treasuries and mortgage-backed securities purchases in coming weeks.

In a coordinated move, the Fed, Bank of Canada, Bank of England (BoE), Bank of Japan (BoJ), European Central Bank (ECB) and Swiss National Bank said in a joint statement Sunday they would use their swap line arrangements to ensure that dollars keep flowing across the globe.

The move was designed to bring down the price banks and companies pay to access U.S. dollars, which has surged in recent weeks.

Later, the BoJ too eased policy in an emergency meeting, ramping up purchases of exchange-traded funds (ETFs) and other risky assets to combat the widening economic fallout from the coronavirus epidemic.

The neighboring Bank of Korea (BOK) also joined its peers and went on to slash interest rates by 50 basis points to 0.75%, the lowest since the bank adopted the current policy system in 1999. Convening an emergency meeting of its monetary policy board, the bank also lowered borrowing costs for its cheap loan programs and relaxed collateral rules of its repurchasing operations, to ensure companies can easily and cheaply access credit.

She also called on governments to take additional fiscal stimulus measures and to keep in close contact to stop the coronavirus from causing long-term economic damage.

Germany said it is planning to prepare to shield companies from going under because of the pandemic, by suspending legal obligations for firms facing acute liquidity problems to file for bankruptcy. The suspension until the end of September is aimed at giving companies breathing space to obtain credit already promised by the government.

All these measures, though, did little to calm market nerves, as global stock markets and oil prices continued to nosedive Monday.

The S&P 500 tumbled 8% at the opening Monday, triggering an automatic 15-minute halt of Wall Street’s three main indexes for the third time in six days, as traders reacted to drastic weekend measures from the Fed to stave off a global recession.

Europe introduced curbs on short-selling, while bond markets tried to juggle both the risk to vulnerable countries but also that a fiscal spending splurge might impact safe-haven debt.

Oil, already reeling from a Saudi-Russian price war, plunged more than 10% to almost $30 a barrel as investors fretted about the impact of coronavirus on global demand.

“The central banks threw the kitchen sink at it yesterday evening yet here we are (with deep falls in stock markets),” Societe Generale strategist Kit Juckes told Reuters. “There is a great sense that central banks are going to get to grips with the issues of getting money flowing ... But the human problem, the macro problem, there is nothing they can do about that.”

“Everyone’s just looking at the measures taken in terms of limiting (social) activity, which is currently outweighing any stimulus,” said Bas van Geffen, an ECB analyst at Rabobank.

“Even though they are providing as much liquidity as they can, we are currently seeing a supply shock that is hindering production. And we’re seeing consumers less willing to spend or even, with shops being closed, they can’t spend.”

The benchmark European index has now lost more than a third of its value since hitting a record high in mid-February, with declines made worse by a crash in oil prices and the ECB’s decision to hold interest rates last week.

Worst drop ever for activity in China

MSCI’s index of Asia-Pacific shares outside Japan tumbled 5.2% to lows not seen since early 2017, while the Nikkei fell 2.5% as the BoJ’s easing steps failed to reassure markets.

As the pandemic paralyzes supply chains and crushes business sentiment, the latest economic data from China underscored just how much economic damage the disease has already done to the world’s second-largest economy, with official numbers showing the worst drops in activity on record, reigniting fears of a global recession. Industrial output plunged 13.5% and retail sales 20.5%.

In Asia, Shanghai blue chips fell 4.3% overnight even as China’s central bank surprised with a fresh round of liquidity injections into the financial system. Hong Kong’s Hang Seng index tumbled 4%.