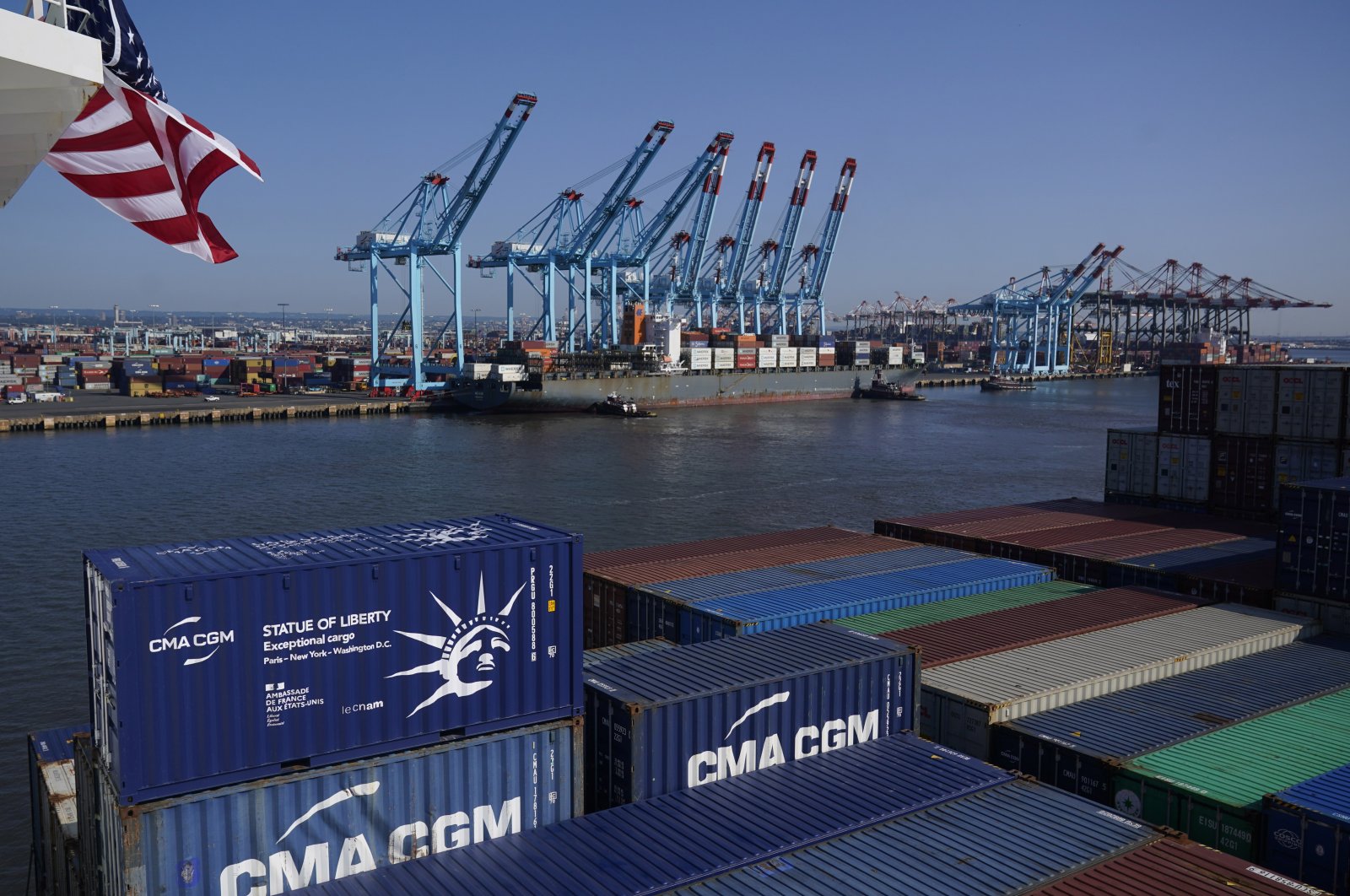 Container shipping prices have reached record highs some 18 months after the outbreak of the coronavirus pandemic, which disrupted maritime logistics chains and drove demand sky-high.

"We are basically running out of vessels and of empty containers," Alan Murphy, head of the consultancy Sea Intelligence, told Agence France-Presse (AFP).

"There's been a massive shortage of empty containers, they are in the wrong place, they are stuck in ports and not in Asia ready to be loaded."

The Freightos Baltic Index, a benchmark for major shipping routes, has more than tripled in a year to nearly $7,000 (5,900 euros) for a trip from China to the west coast of the United States.

Murphy said the unprecedented situation compounded the troubles of the last 10 years, which he said had been "really bad for the shipping lines."

Blighted by overcapacity in the sector, he said the firms "were losing money every time they were moving a container."

The COVID-19 pandemic, which initially brought global shipping to a virtual standstill, did not bode well for the industry and led to "an unprecedented drop in demand," said Didier Rabattu, of Lombard Odier Investment Managers.

But this did not account for the trends among U.S. and European consumers who during lockdown stopped spending in restaurants and theaters or going on holiday and instead used their money to purchase material goods – many of them imported from Asia.

"Imagine how many televisions you can buy if you don't go skiing for a week with four people?" said Paul Tourret, director of France's Higher Institute of Maritime Economics (ISEMAR).

Disruptions to loading and unloading operations, from dockers falling ill and COVID restrictions to unforeseen events like the shipping backlog caused by the blockage of the Suez Canal in March, have only exacerbated the trend.

As a result, ship owners have never been in better shape.

The Marseille-based CMA CGM container and shipping company, for example, posted a net profit of more than $2 billion for the first quarter of 2021 alone, 40 times more than the previous year.

Its Danish competitor AP Moller-Maersk announced an even higher net profit of $2.7 billion for the first three months of the year – 13 times what it saw last year.

"It is true that shipowners are making a lot of money at the moment," Tourret said.

"But it is also a way for them to renew their fleets and accelerate their liquefied natural gas (LNG) programs," he added.

CMA CGM placed an order in April for 22 container ships, more than half of which are LNG-powered.

Maritime transport is "one of the main emitters of sulfur dioxide," the French expert said, adding that although figures were favorable for each ton transported, the sector nevertheless emitted levels of CO2 "comparable to Germany."

The price of container transport depends not only on the level of demand but also on the supply-side capacity to meet it.

"Whether or not shipowners decide to wage a trade war is a major factor," Tourret said.

"None of them has any interest in driving prices down. Their collective discipline today must be not to sell out," he added.

The situation could last, Tourret said, driven in part by the need to transport perishable goods.

"If you are carrying perishable goods that will be worth nothing if they don't move, how much are you prepared to pay?" he asked.

Jean-Marc Lacave, the executive officer of the body for France's maritime service professionals, Armateurs de France, said he did not expect things to return to normal before the first quarter of 2022.

"I think we have reached a peak," he said. "If demand continues to rise, there is a not-insignificant risk that prices could rise again, but we are more or less at the top of the curve," he added.