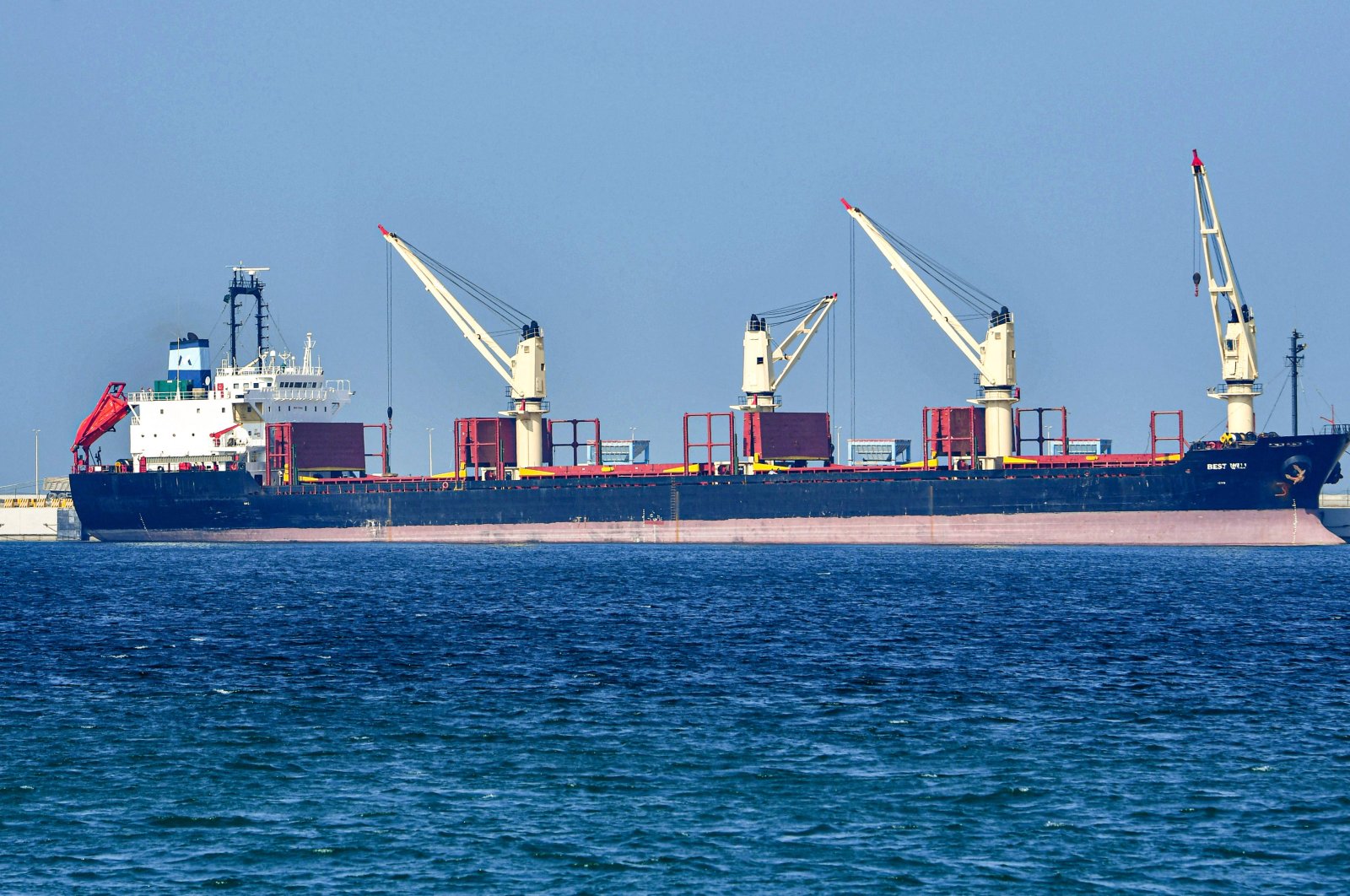 In this file photo taken on December 11, 2019, shows an oil tanker at the port of Ras al-Khair, about 185 kilometres north of Dammam in Saudi Arabia's eastern province overlooking the Gulf. (AFP Photo)
by Reuters
Apr 05, 2020 10:37 am

Saudi Arabia’s non-oil private sector shrank in March at its fastest rate on record as emergency measures to contain the coronavirus outbreak dealt a heavy blow to business, a survey showed on Sunday.

The seasonally adjusted IHS Markit Saudi Arabia Purchasing Managers’ Index (PMI) fell to 42.4 in March — the biggest drop since the survey began in August 2009 — from 52.5 in February.

It was also the first time the headline index has fallen below the 50.0 mark that separates expansion from contraction.

As of April 2, Saudi Arabia had recorded 1,885 infections and 21 deaths, the most in the six-member Gulf Cooperation Council.

To contain the spread of the virus the country has implemented incremental social restriction measures that have led to business closures, declines in new orders and stocks of purchases, and delays in projects.

“The latest survey data were collected between 12-23 March and therefore signal a steep economic downturn even before the tightening of workplace and travel restrictions to contain the COVID-19 pandemic,” said Tim Moore, economics director at IHS Markit.

Riyadh suspended all international flights on March 14 and the following day it ordered the closure of malls, restaurants, coffee shops and public parks and gardens, while exempting supermarkets, pharmacies and food delivery.

It has also suspended the year-round umrah pilgrimage, closed most public places and restricted internal movement.

Last week it expanded the lockdown, halting entry and exit into the Jeddah governorate after doing so for the cities of Riyadh, Mecca and Medina earlier last month.

Non-oil private sector output dropped in March for the first time in over 10 years. The little growth that was registered last month reflected demand for essential goods and services such as the pharmaceutical and healthcare sectors, the survey showed.
Despite the sharp drop in activity and new work, employment dropped only slightly below the 50.0 threshold.

The pandemic is a major setback for the oil-exporting kingdom, which had embarked over the past few years on a slate of reforms to diversify its revenues by boosting the private sector and its non-oil economy.

A plunge in oil prices due to lower global demand and a price war between Riyadh and Moscow is adding further pressure and will likely lead to a sharp rise in the government’s fiscal deficit this year.