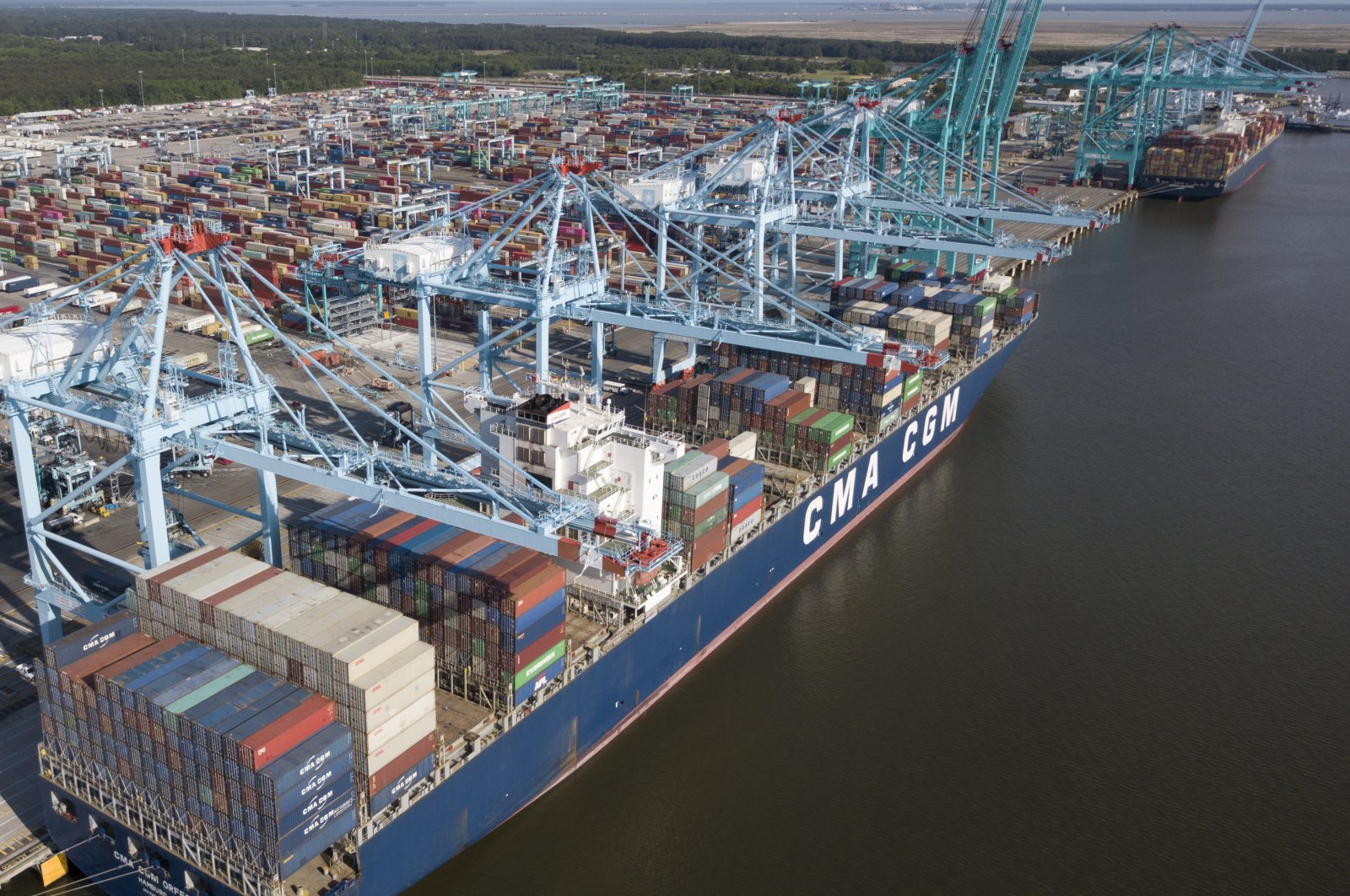 While the volume of world trade this year is expected to plunge by up to a third, experts warned that even after the coronavirus pandemic wanes, protectionist policies will likely grow.

The value of world trade fell 3% to $31.1 trillion in 2019, according to official data, weighed down by global trade tensions and slowing economic growth.

Global merchandise exports stood at $18.89 trillion in 2019, while imports were at $19.2 trillion, data compiled by Anadolu Agency (AA) showed.

This year world trade is projected to fall steeply, as the pandemic has upended the global economy.

Depending on the pandemic's likely duration and economic impact, forecasts are based on a range of assumptions, both optimistic and otherwise.

In an optimistic scenario, with a sharp drop in trade followed by a recovery starting in the second half of 2020, the World Trade Organization (WTO) foresees the volume of global merchandise trade falling 13% this year compared to 2019.

On the other hand, if the pandemic is not brought under control, and governments fail to implement and coordinate effective policy responses, the decline could be 32% or more.

WTO economists have projected the decline will exceed the trade slump brought on by the global financial crisis of 2008-2009.

However, both scenarios forecast double-digit drops in exports and imports for all regions across the globe, with exports from North America and Asia hit the hardest.

Exports from Asia are expected to plummet 13.5% in the optimistic scenario and 36.2% in the pessimistic one. The region's imports this year will likely fall somewhere between 12% and 31.5%.

Besides declines in volume and value, the outbreak is also expected to trigger a structural change in global trade.

Keith Rockwell, the WTO's chief spokesman, told AA that the economic consequences of the pandemic, including for trade, will be profound.

Explaining how the services trade felt the strongest impact from the virus due to restrictions in the retail, hospitality, and transport sectors, Rockwell said, "Trade will likely contract more severely in sectors with complex value chains, particularly electronics and automotive products."

He stressed that only a collective response will bring a rapid and vigorous rebound.

"If the duration of the crisis is limited, policy responses are sound, and trade starts to expand again, most regions could record double-digit rebounds in 2021, of around 21% in the optimistic scenario," he said.

A strong rebound is more likely if businesses and consumers view the pandemic as a temporary, one-time shock, he suggested.

Stating that 55% of trade measures taken since the onset of the crisis could be considered to facilitate trade, Rockwell also underlined more than 80 restrictive measures on the export of medical equipment-masks, gloves, ventilators, and the like.

"While we don't know for sure what will happen, it seems inevitable to me that some things will change when we emerge from the pandemic," he warned.

Rockwell stressed how before the virus the structure of global trade was already undergoing a substantial shift when some governments imposed more restrictive policies led by trade tensions, sagging growth, and a backlash against globalization.

"These advances in technology, as well as the trade tensions in recent years, have led producers to reassess from where they source their products," Rockwell stressed.

He added that addressing climate change is also weighing on producers' sourcing decisions.

Warning that restricting trade while trade is already collapsing due to the crisis will make things even worse, Rockwell said:

"The last thing we need at this stage is protectionist actions that would take this tool out of our collective grasp."

Gary Hufbauer, a fellow at the Washington-based Peterson Institute for International Economics, said they estimate that global trade will drop by 24% year-on-year in 2020, mostly reflecting the compression of supply chains, running down of inventories, and drops in final demand.

"Over the longer term – the next two to three years – we will probably see a rise in protectionist responses, which in turn will limit the rebound in trade once COVID-19 is arrested," Hufbauer said.

Pointing to the restrictions on both medical supplies and agricultural exports, Hufbauer stressed that the world will face a period of deglobalization.

He projected slower growth in trade and foreign direct investment after the virus is contained.

"However, one facet of globalization that may not be so adversely affected is digital flows, e-commerce and data flows, etc.," he added.