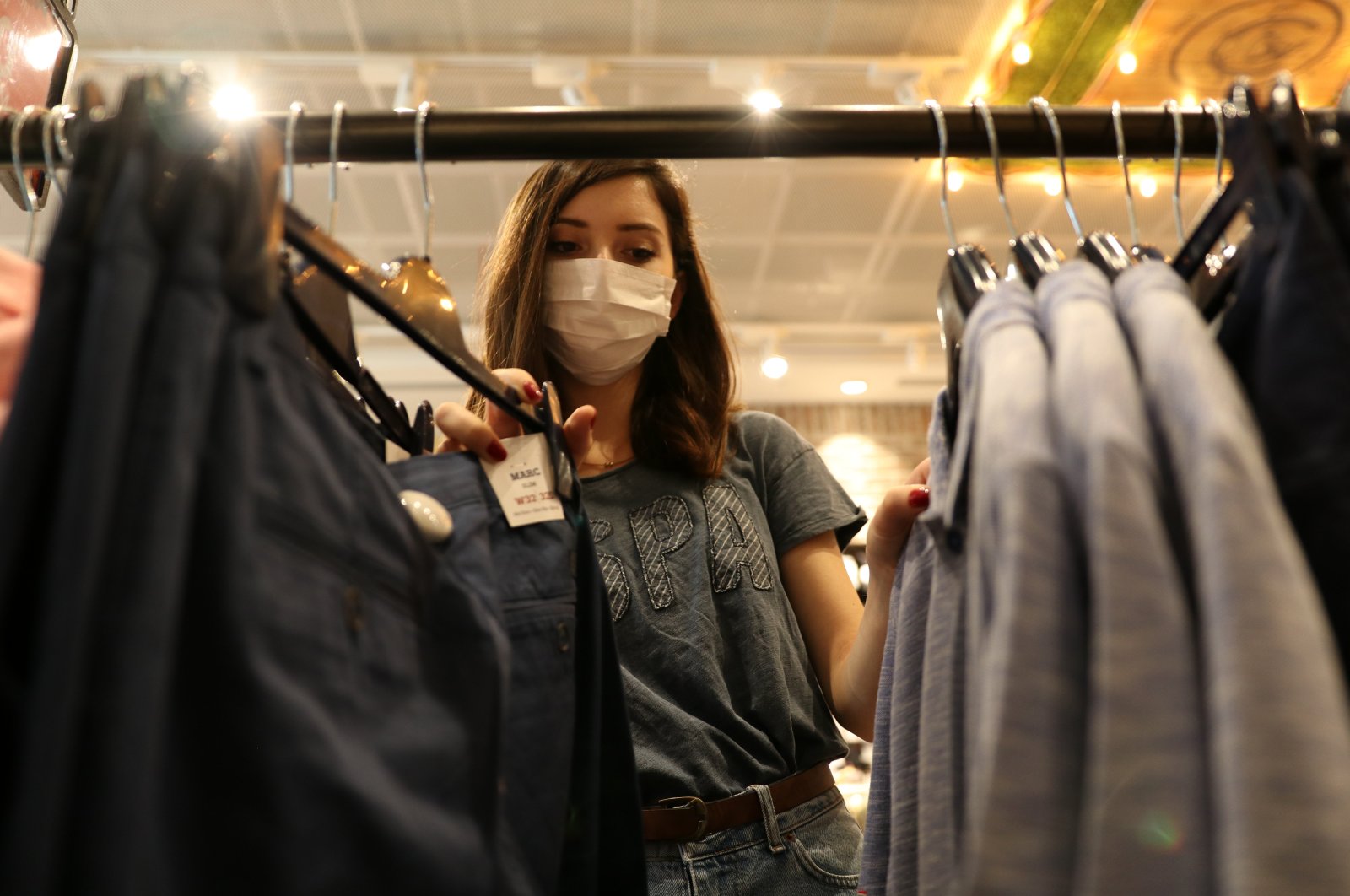 Expenditure per person in stores has doubled compared with the same period of last year since the partial opening of shopping malls. (AA Photo)
by Pınar Çelik May 29, 2020 3:31 pm
RECOMMENDED

Some shopping malls in Turkey that opened their doors to customers on May 11, as part of the country’s efforts to ease coronavirus measures, have already reached some 65% of their turnover while expenditure per person in stores has doubled compared with the same period last year.

Sector representatives and shopping mall employers foresee a similar turnover for many brands in June.

As part of the normalization process after the country saw a drop in new cases and the outbreak was declared under control by the officials, shopping malls were allowed to reopen on May 11 with a limited number of entries. However, per capita spending has doubled compared with last year, despite these limits.

Hüseyin Altaş, chairman of the Shopping Center Investors Association, noted that retailers expected to reach 40% of their pre-pandemic turnover in May, 50-60% in June, nearly 70% in the July-August period and reach full rate in September-December.

Venezia Shopping Mall Managing Director Oğuz Isıgöllü said although only 35% of all stores have been opened, turnovers have reached 65% of turnovers in the same period last year.

“This shows that the amount of shopping per person has increased significantly," he added.

During this period, brands that opened their stores completed the first month in the leading positions in their own chains in Turkey, he said.

Carousel Shopping Mall General Manager Orhan Demir said the store's turnover was at 35-40% compared to pre-pandemic figures. He added that the number of shoppers at the shopping malls before the Ramadan Bayram holiday, also known as Eid al-Fitr, was at 45-50%.

He said they expect the number will reach 60% as of June 1, when almost all restrictions are lifted across the country under certain conditions.

“We expect the turnovers to reach 60-65% with the opening of all our stores,” he added.