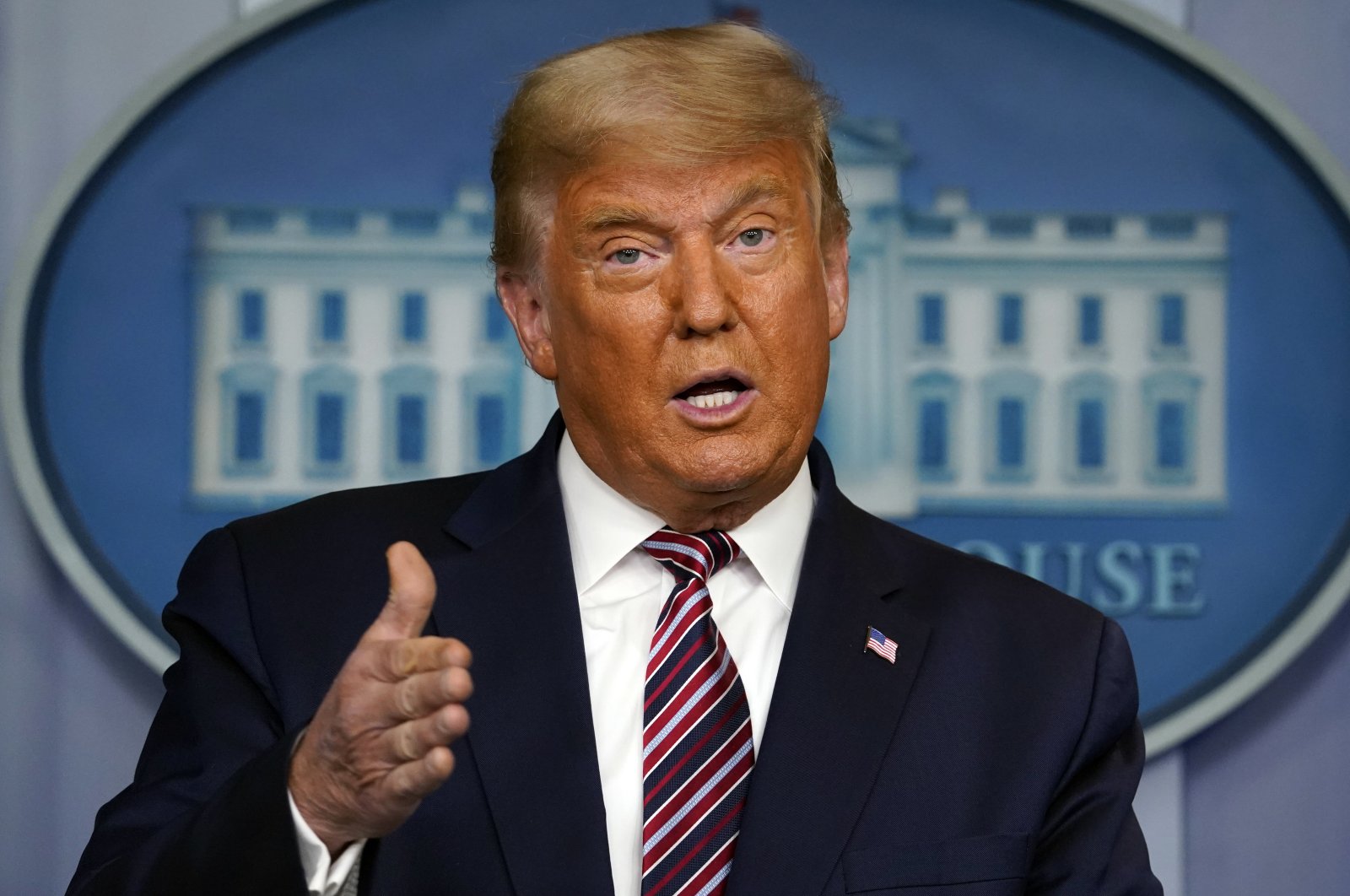 Trump assailed the bipartisan $900 billion package in a video he tweeted out Tuesday night and suggested he may not sign the legislation. He called on lawmakers to increase direct payments for most Americans from “ridiculously low” $600 to $2,000 for individuals and $4,000 for couples.

“The bill they are now planning to send back to my desk is much different than anticipated,” Trump said. “It really is a disgrace.”

Railing against a range of provisions in the bill, including for money provided for foreign countries, he told lawmakers to "get rid of the wasteful and unnecessary items from this legislation and to send me a suitable bill.”

He did not specifically vow to veto the bill, and there may be enough support for the legislation in Congress to override him if he does. But if Trump were to upend the sprawling legislation, the consequences would be severe, including no federal aid to struggling Americans and small businesses and no additional resources to help with vaccine distribution.

In addition, because lawmakers linked the pandemic relief bill to an overarching funding measure, the government would shut down on Dec. 29.

The relief package was part of a hard-fought compromise bill that includes $1.4 trillion to fund government agencies through September and contains other end-of-session priorities such as money for cash-starved transit systems, an increase in food stamp benefits and about $4 billion to help other nations provide a COVID-19 vaccine for their people.

Lawmakers spent months in a stalemate over pandemic relief funds, even as COVID-19 cases soared across the country. Democrats had pushed for higher payments to Americans but compromised with Republicans to allow a deal to proceed.

“At last, the President has agreed to $2,000. Democrats are ready to bring this to the Floor this week by unanimous consent. Let’s do it!,” Pelosi said in a tweet. An aide said she would put the proposal forward Thursday for a vote.

Republicans have been reluctant to spend more on pandemic relief and only agreed to the big year-end package as time dwindled for a final deal. And Sen. Chuck Schumer, the Senate Democratic leader, said that “Trump needs to sign the bill to help people and keep the government open,” and Congress would step up for more aid after.

Trump's call for changes to the legislation will test his sway with a Republican Party over which he has held tight control throughout his presidency. Several Senate Republicans, including Majority Leader Mitch McConnell, have begun to gingerly break with Trump and acknowledge his defeat to President-elect Joe Biden, a step Trump has refused to take. McConnell has also warned Republicans against disputing the election on Jan. 6, when Congress must formally affirm the results.

Shortly after castigating the relief bill, Trump challenged McConnell and Sen. John Thune, the No. 2 Senate Republican who has also said any effort to overturn Biden's victory would be futile. Trump said he would back a primary challenge to Thune when he is up for reelection in 2022.

Trump's threats to hold up the pandemic legislation could also complicate matters for Republicans in Georgia, where two runoff races to determine control of the Senate will be held in January. Sens. David Perdue and Kelly Loeffler have been running as ardent supporters of Trump and will now face questions about whether they will back his call for more money for Americans.

The relief package was brought forward Monday afternoon and sped through the House and Senate in a matter of hours as lawmakers worked to close the books on the year. While many lawmakers complained about being given so little time to read the bill, they overwhelmingly voted for it as local businesses and constituents seek economic relief from the pandemic

The Senate cleared the huge relief package by a 92-6 vote after the House approved it by another lopsided vote, 359-53. Those votes totals would be enough to override a veto should Trump decide to take that step.

After months of partisanship and politicking about pandemic relief, the logjam broke after Biden urged his party to accept a compromise with top Republicans that is smaller than many Democrats would have liked.

The relief bill Trump is criticizing would establish a temporary $300 per week supplemental jobless benefit and a $600 direct stimulus payment to most Americans, along with a new round of subsidies for hard-hit businesses, restaurants and theaters and money for schools, health care providers and renters facing eviction.

Earlier in the day, Biden applauded lawmakers for their work. He described the package as far from perfect, “but it does provide vital relief at a critical time.”

He also said more relief would be needed in the months ahead. “We have our first hint and glimpse of bipartisanship,” Biden said. “In this election, the American people made it clear they want us to reach across the aisle and work together.”