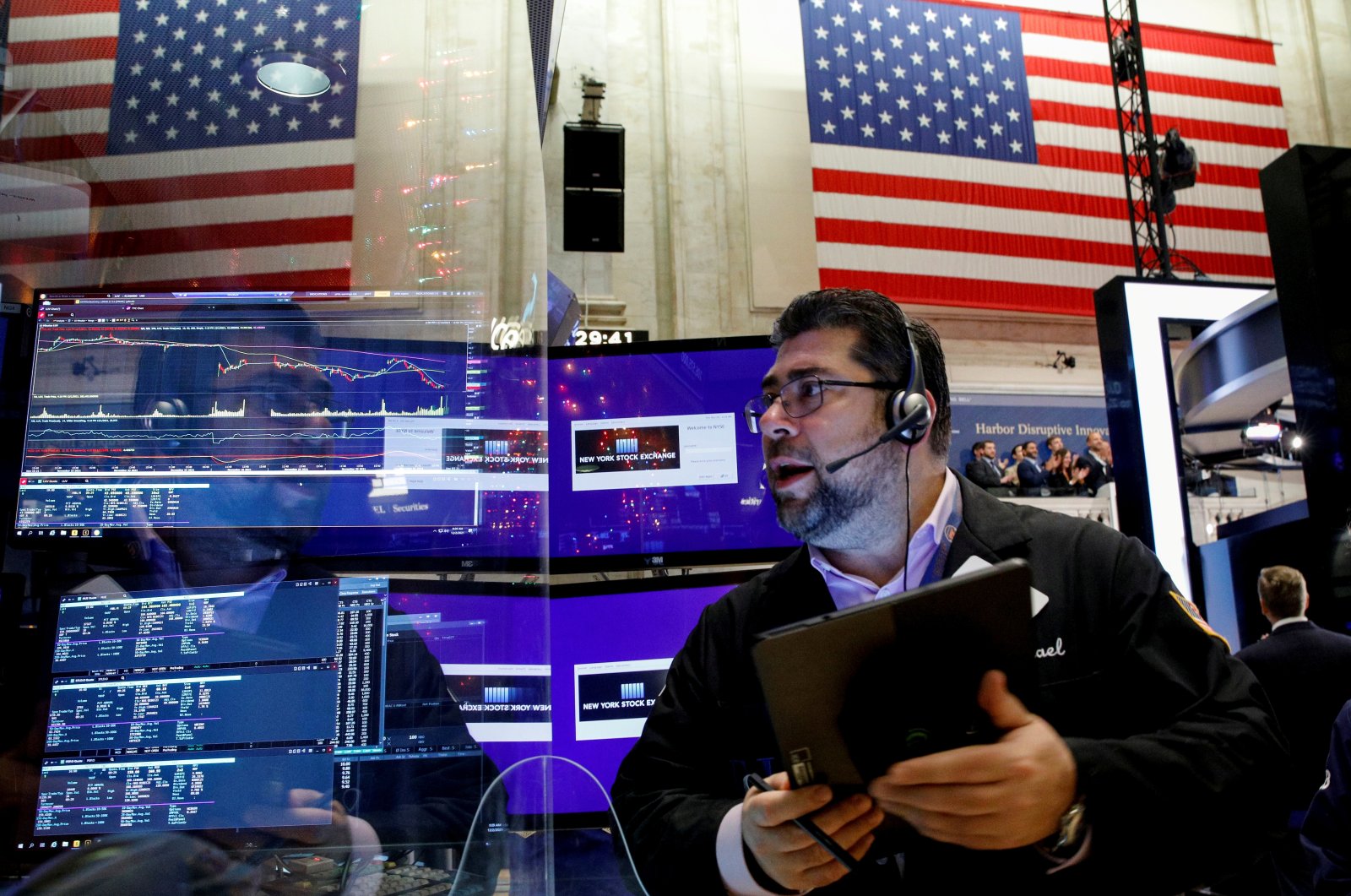 A week of volatile swings on Wall Street ended Friday with more losses for stocks, as a mixed batch of United States job market data triggered another bout of dizzying trading.

The S&P 500 closed 0.8% lower after erasing a 0.7% gain in the early going. The benchmark index was coming off a jolting stretch where it swerved by at least 1.2% in five straight days, pounded by uncertainty about how badly the newest coronavirus variant will hit the economy and about when the Federal Reserve (Fed) will halt its immense support for financial markets.

The Dow Jones Industrial Average slipped 0.2% and the Nasdaq composite lost 1.9%. The Russell 2000 index of company stocks slumped 2.1%. All the indexes also posted a weekly loss.

Treasury yields fell, rose and then fell again as investors struggled to square what the jobs report meant the Fed would do on interest rates. The erratic movements fit right in with a week where the S&P 500 swung from a 1.9% gain to a 1.2% loss in one day.

“We got some mixed messages on the data" from the jobs report, "and that can make for some messy markets,” said Brian Jacobsen, senior investment strategist at Allspring Global Investments.

The report, which is usually the most anticipated economic data by Wall Street each month, showed employers added only 210,000 jobs last month. It was a disappointing result when economists were expecting much stronger hiring of 530,000, and it raised worries the economy may stagnate while inflation remains high. That's a worse-case scenario called “stagflation” by economists, and the omicron variant's arrival makes its likelihood more uncertain.

But other areas of the jobs report showed better strength. More people are coming back to the workforce, and the unemployment rate improved to 4.2% from 4.6%.

Those encouraging numbers helped Treasury yields briefly climb during the morning. But they also came from a section of the jobs report that usually takes a back seat in investors' eyes to the jobs-growth figure. That's because they come from different surveys, one of employers and the other of households, and many investors see the job-growth numbers as the more reliable ones historically.

“Today’s non-farm payroll report looks messy to me,” said Jamie Cox, managing partner for Harris Financial Group. “Best to wait for the revisions next month before sounding the stagflation alarm too loudly.”

Some investors said the jobs report could ultimately push the Fed to get more aggressive about raising short-term interest rates off their record low. Others, though, said they expected the mixed report to have no effect, and the wide differences in opinion helped lead to the day's sharp swings in the market.

What the Fed decides is a huge deal for stocks because low interest rates have been one of the main reasons the S&P 500 has roughly doubled since the early days of the pandemic. Low rates encourage borrowers to spend more and investors to pay higher prices for stocks.

The Fed has already begun slowing, or tapering, its program to buy billions of dollars of bonds each month to support the economy and markets. Chair Jerome Powell jolted markets earlier this week when he said the Fed could wrap up its bond-buying program months before the June target it had been on pace for. That would open the door for the Fed to make the more impactful decision of raising short-term rates.

“With the headlines on omicron and then figuring out if a faster taper also means a sooner hike – and investors worrying if the Fed is going to make a mistake – it's to be expected we’re going to see some of this volatility,” said Allspring Global Investments' Jacobsen.

Consider the yield on the two-year Treasury, which is heavily influenced by investors’ expectations for upcoming Fed actions. It fell, then recovered briefly, only to slide to 0.59%. That’s down from 0.63% late Thursday.

The 10-year Treasury yield, which moves more on investors’ expectations for upcoming economic growth and inflation, was likewise unsteady. It zig-zagged immediately after the jobs report’s release and fell to 1.36% by late afternoon, down from 1.44% Thursday evening.

About 60% of the stocks in the S&P 500 fell, with some of Wall Street's biggest recent stars offering the heaviest weights.

Microsoft fell 2%, Nvidia slid 4.5% and Tesla dropped 6.4%. They were part of a turnaround for high-growth companies that earlier had led the market on expectations they could keep growing even if the economy was slow.

Chinese ride-hailing service Didi Global Inc. said Friday it will pull out of the New York Stock Exchange and shift its listing to Hong Kong as the ruling Communist Party tightens control over tech industries.

The Securities and Exchange Commission has moved to require that U.S.-listed foreign stocks like Didi's disclose their ownership structures and audit reports, which could lead to some of them being delisted.

Markets around the world have swung through the week as investors struggle to handicap how much damage the newest coronavirus variant will ultimately do to the economy.

With few concrete answers about omicron, investors have been groping and sending markets back and forth as minor clues dribble out. Still to be determined are whether current vaccines are effective against the variant, whether people will be scared away from businesses because of it and whether already high inflation will worsen due to it.