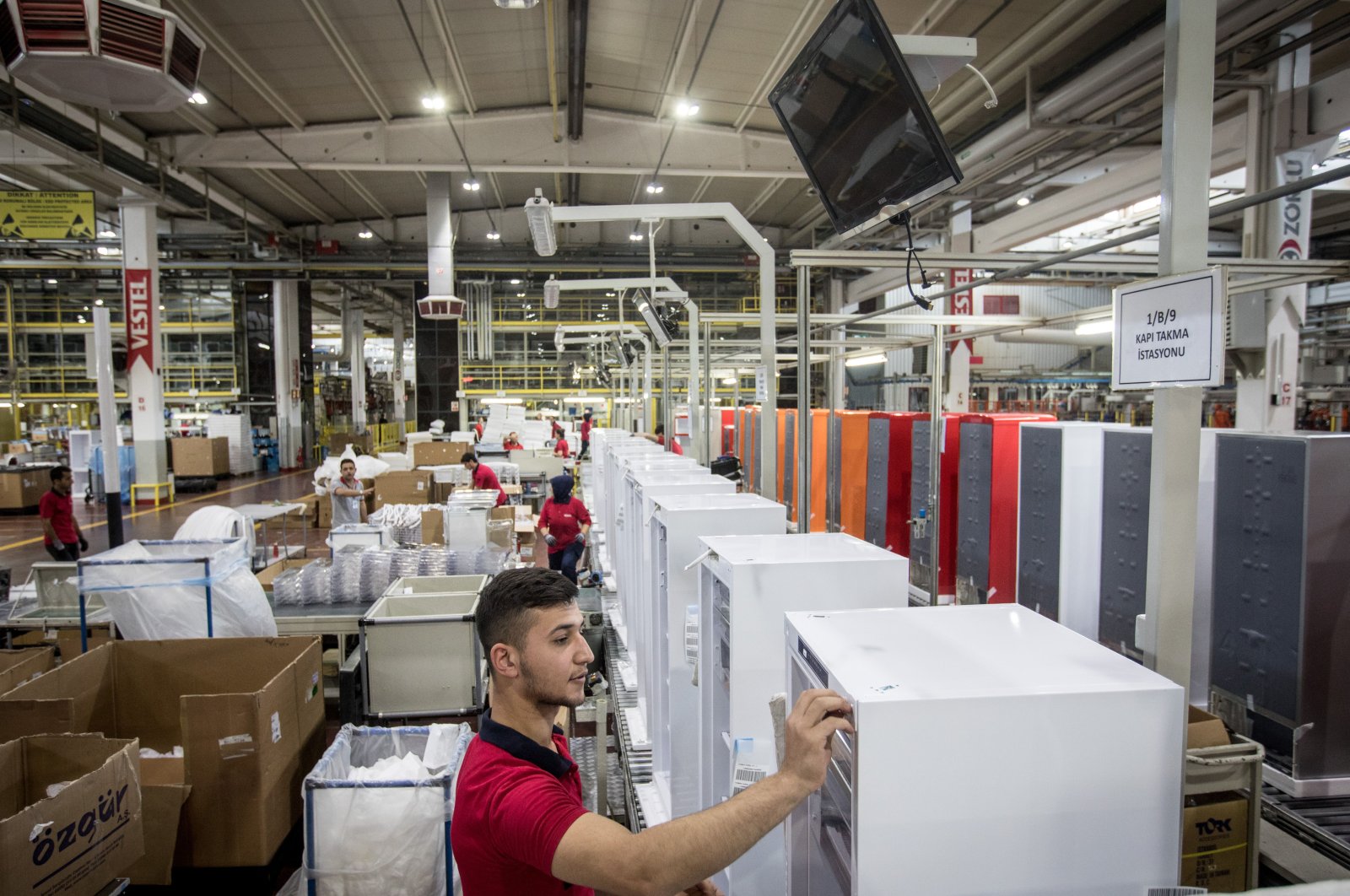 Domestic sales in Turkey’s home appliance sector and exports both posted double-digit increases in the first half of the year, sector association TÜRKBESD head Can Dinçer said Tuesday.

Domestic sales jumped 27% while foreign sales were up 47% year-on-year from January through June, Dinçer told an online meeting, reflecting a strong demand as people spent more time at home amid the coronavirus pandemic.

Output grew 48% in the first half, the data showed, as lockdowns implemented by the government ensured production remained unaffected.

TÜRKBESD member companies saw their total domestic sales and exports increase by 41% year-on-year in the January-June period to 17.43 million units.

“Our sector passed a very difficult test in both Turkey and export markets in the first six months of the year,” Dinçer said.

Domestic sales still dropped by 5% year-on-year in June, a fall that Dinçer attributed to the strong base effect and declining home sales, which fell nearly 30% in the month.

Residential properties sold from January through June were down 11.5% year-on-year to 552,812 units, according to official data.

On the other hand, home appliance exports climbed 29% last month, the data showed.

“As of June, we have started to feel the impact of high base effect and declining home sales in the domestic market. The course of COVID-19 and its impact on the economy will be decisive in terms of our sales in the coming period,” he noted.

Turkey lifted all COVID-19 restrictions this month and boosted its vaccination campaign. Yet, experts say surging coronavirus cases over the recent weeks signal a major challenge ahead in the autumn.

The daily cases jumped to 16,809 on Monday, the highest since early May, from 14,230 a day earlier, according to Health Ministry data.

Daily infections have more than tripled from a low of 4,418 on July 4 after a lockdown that ended in mid-May. The infections reached a daily peak above 60,000 during a wave in April-May.

Turkey is the second-largest home appliance manufacturer in the world after China with a 7% share. Its annual output exceeds 29 million units while it exports approximately 22 million units.

The domestic home appliance sales in Turkey last year were up 16% to 7.75 million units, according to TÜRKBESD data. The total amount, including domestic sales and exports, hit nearly 30 million units, up 4% from 2019.

TÜRKBESD was established in 1986 by prominent home appliance companies in the sector. The association covers around 90% of the industry and represents Turkey at the European Committee of Domestic Equipment Manufacturers.