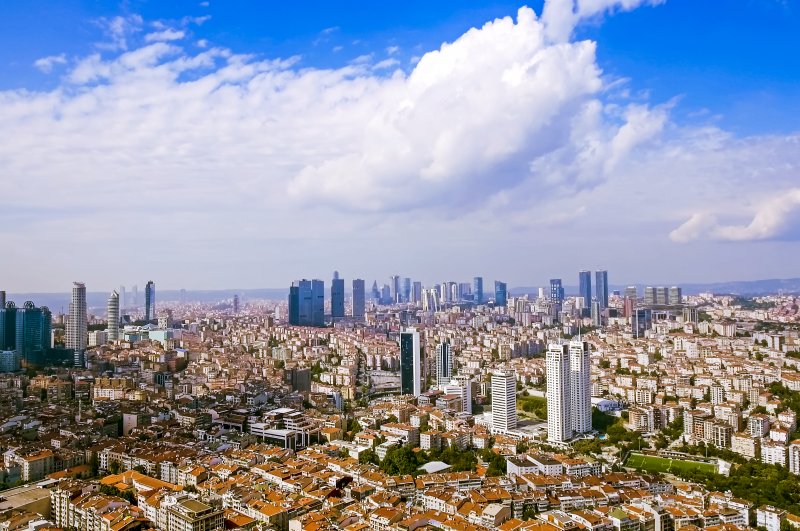 The higher-than-expected GDP growth enabled Turkey to become one of the fastest-growing economies in the fourth quarter of 2019, while preliminary signals indicate momentum maintains its strength in the first quarter of this year

Turkey’s economy grew 6% year-on-year in the fourth quarter and nearly 1% in 2019 as a whole, beating expectations and rebounding strongly from the turbulent period it endured since the second half of 2018, official data showed Friday, as the economy gains further momentum after turning positive in the third quarter.

The gross domestic product (GDP) data marked a sharp turnaround for the major emerging market economy, which has a track record in the last two decades of around 5% growth, but was battered by currency volatility, high inflation and high interest during a financially and economically turbulent period that kicked off in the second half of 2018 and which resulted in tumbling domestic demand from consumers and investors.

Compared to the third quarter, the GDP expanded at a seasonally and calendar-adjusted pace of 1.9%, the Turkish Statistical Institute (TurkStat) data showed.

On a sectoral basis, the value added by the agricultural sector rose 3.3% in 2019, compared to 2018. The services and industrial sectors enjoyed annual rises of 1.5% and 0.2%, respectively, while the construction sector dropped 8.6%.

Exports grew 4.4% on an annual basis, down from 5.1% in the preceding three months. Imports jumped 29.3%, following a 7.9% expansion during the previous period.

Private consumption, which has the highest share in GDP, has remained the major driver of growth. It provided a 3.9 percentage point contribution.

Household spending rose 6.8% and government expenditures rose 2.7% in the last quarter, compared with a year earlier. Household consumption was up 0.7% year-on-year in the whole of 2019.

Public consumption, which has lifted growth continuously since early 2017, maintained a positive contribution at 0.4 percentage points in the last quarter of 2019.

Consumer spending helped boost economic activity in the final quarter of 2019, said Haluk Bürümcekçi, an economist who runs Bürümcekçi Consulting in Istanbul.
“Preliminary signals indicate that the growth momentum maintains its strength in the first quarter of 2020,” he said, adding that an easing in financial conditions as well as the pace of credit growth will help to determine the longer-term growth outlook.
“We think, with the latest data available, it will be possible to achieve 4-5% growth this year,” he added.

“Overall, the GDP recovery has been accelerating on the back of supportive policies and a weak base, with a changing composition in favor of domestic demand,” ING Bank noted Friday.

One of the fastest-growing economies in Q4

The GDP rose faster than the highest forecast by economists and enabled Turkey to become one of the fastest-growing economies in the fourth quarter. The annual acceleration matched the pace of expansion in China and fell just short of growth in the Philippines.

China’s economy grew 6.0% in the fourth quarter of 2019 from a year earlier, while the Philippines’ economy picked up by 6.4%.

A Reuters poll of 16 economists forecasted the economy would expand 5% year-on-year in the fourth quarter and 0.6% in 2019 as a whole. The median of 19 estimates in a Bloomberg survey was also for 5%.

A panel of 17 economists polled by Anadolu Agency (AA) expected the 2019 growth rate to be 0.6%. Economists' forecast for the last quarter was 5.1% on average.

The figure was also higher than the government’s 0.5% projection, according to the New Economic Program (NEP) announced in September 2019.

The third quarter of 2019 marked a promising era of growth for the economy, which took a turn after three consecutive quarters of contraction.

The economy grew 0.9% year-on-year between July and September of 2019. In the first two quarters, it had contracted 2.3% and 1.6%, respectively, on an annual basis. In 2018, the economy posted an annual growth rate of 2.8%, narrowing in the last quarter.

During a financially and economically turbulent period that kicked off in the second half of 2018 and stretched into the first half of 2019, the economy was battered by currency volatility, high inflation and high interest rates, resulting in tumbling domestic demand from consumers and investors.

The Central Bank of the Republic of Turkey (CBRT) responded by raising its policy rate to 24%, where it stayed until last July. It has cut rates by 1,325 basis points since then in order to boost growth.