Tech giants, including Facebook, Amazon, report higher profits - some more than others 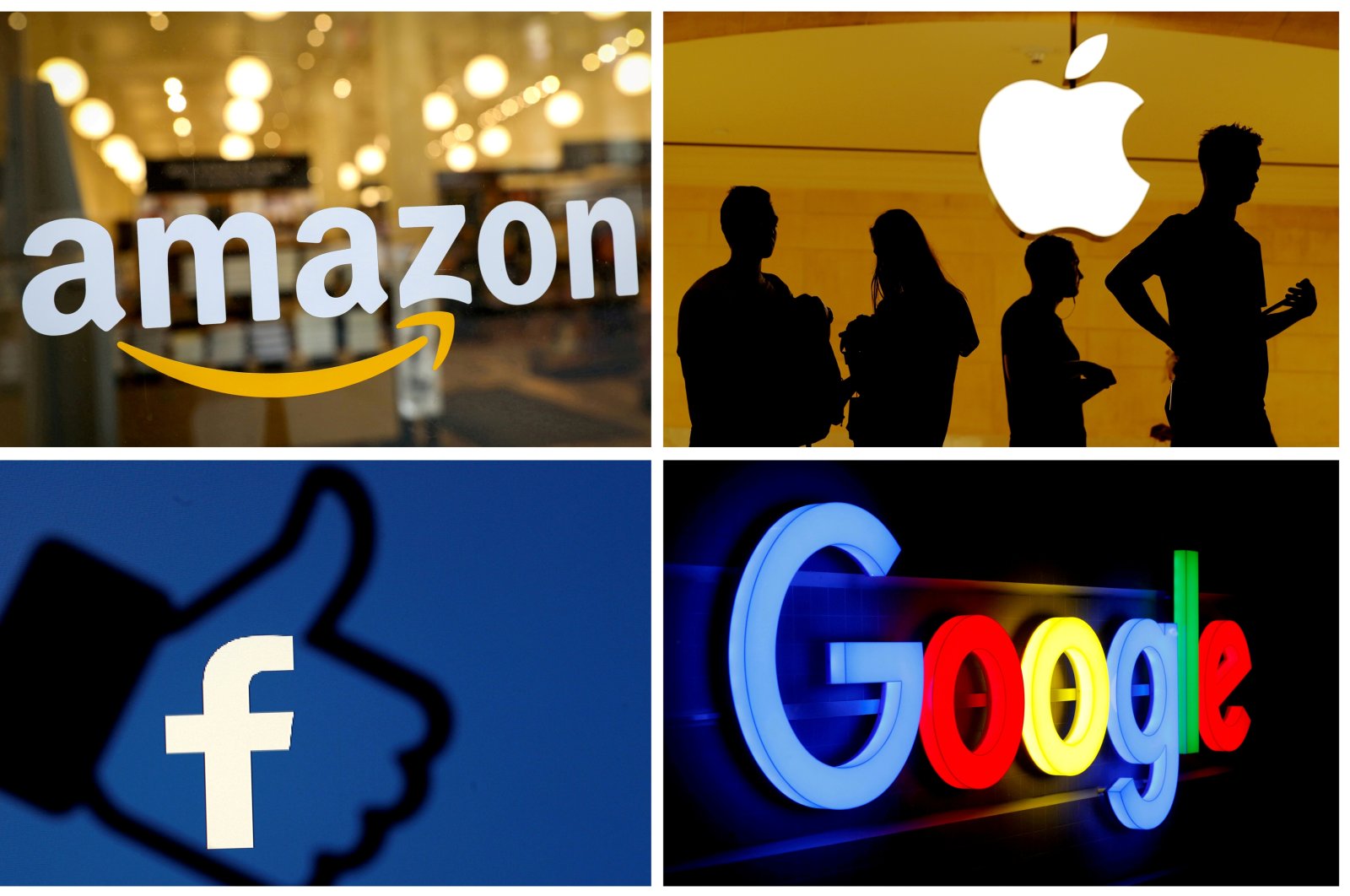 The logos of Amazon, Apple, Facebook and Google in a combination photo. (Reuters Photo)
by compiled from agencies
Oct 29, 2020 11:35 pm

Technology giants are reporting earnings Thursday, providing the latest indication of whether they are rebounding from an economic slowdown earlier this year.

The results come a day after the CEOs of Facebook, Google and Twitter testified before the Senate Commerce Committee, rebuffing accusations of anti-conservative bias and promising to aggressively defend their platforms from being used to sow chaos in next week's election.

Google's corporate parent Alphabet returned to robust financial growth during the summer. In the previous quarter, it suffered its first-ever quarterly decline in revenue amid the economic slowdown stemming from the COVID-19 pandemic. The company's revenue for the July-September period rose 14% from the same time last year to $46.2 billion. Its profit soared 59% to $11.2 billion, or $16.40 per share. Both figure easily surpassed analyst estimates, lifting Alphabet's stock price by 9% in Thursday's extended trading after the numbers came out.

The rebound, as usual, was propelled by the ad spending that has established Google as one of the world's most proficient moneymaking machines. But U.S. Justice Department is now seeking to throw a monkey wrench into Google's financial gears in a recently filed lawsuit that accuses the company of abusing its dominance of search to boost its profits and stifle competition.

The Apple One bundle will cost $15 per month for an individual plan or $20 per month for a family plan and include television, music and games. Apple is also offering a bundle for $30 per month that adds news, a fitness service and more storage.

Cook on Thursday also said Apple now has 585 million subscribers on its platforms, up from 550 million the previous quarter.

"We are now very confident that we're going to not only reach but exceed our target of over 600 million for the calendar year," Cook told Reuters.

Facebook said Thursday its third-quarter profit and revenue continued to grow along with its worldwide user base, but looking ahead to 2021 the company predicted a "significant amount of uncertainty."

Amazon.com Inc. on Thursday reported record profit for the second quarter in a row and forecast a jump in holiday sales, as consumers continued to shop more online during the novel coronavirus pandemic.

Shares initially rose 2% in after-hours trading and then turned lower by 1% as the company forecast $4 billion in COVID-19 related costs for the current period and operating income below Wall Street's expectations.

Since the start of the virus outbreak in the United States, consumers have turned increasingly to Amazon for delivery of groceries, home goods and medical supplies. Brick-and-mortar shops closed their doors; Amazon by contrast moved to recruit over 400,000 more workers and earned $6.3 billion in the just-ended third quarter, the most in its 26-year history.

That has kept the world's largest online retailer at the center of workplace and political tumult. Democratic politicians this month accused Amazon of holding "monopoly power" over merchants on its platform, which the company disputes. Meanwhile, more than 19,000 of Amazon's U.S. employees contracted COVID-19, and some staff protested for site closures.

Amazon has responded with an array of precautions and a virus testing program for employees that have helped the company stay operational. For the third quarter, it garnered sales of $96.1 billion, ahead of analysts' average estimate of $92.7 billion, according to IBES data from Refinitiv.

Jeff Bezos, Amazon's chief executive and richest person in the world, said in a press release, "We're seeing more customers than ever shopping early for their holiday gifts, which is just one of the signs that this is going to be an unprecedented holiday season."

Amazon Web Services (AWS) has traditionally been a bright spot. The cloud computing division has seen sales rise with demand for gaming and remote work. The unit increased revenue by 29% to $11.6 billion, roughly in line with estimates.

The question for some analysts has been whether Amazon's consumer division can keep up with still-growing purchases during a pandemic and peak holiday shopping season.

The company has long worked to avoid a repeat of the 2013 season when delays left some without presents on Christmas Day. Amazon now handles more deliveries in house, and this year it moved its marketing event Prime Day – usually in July – to October, letting customers place holiday orders early.

Amazon said it expects net sales of $112 billion to $121 billion for the fourth quarter. That would mark the company's first over $100 billion and is ahead of analysts' expectations of $112.3 billion.