Temporary layoff schemes in Europe not cure to save jobs from COVID-19, at least for leisure, travel sector 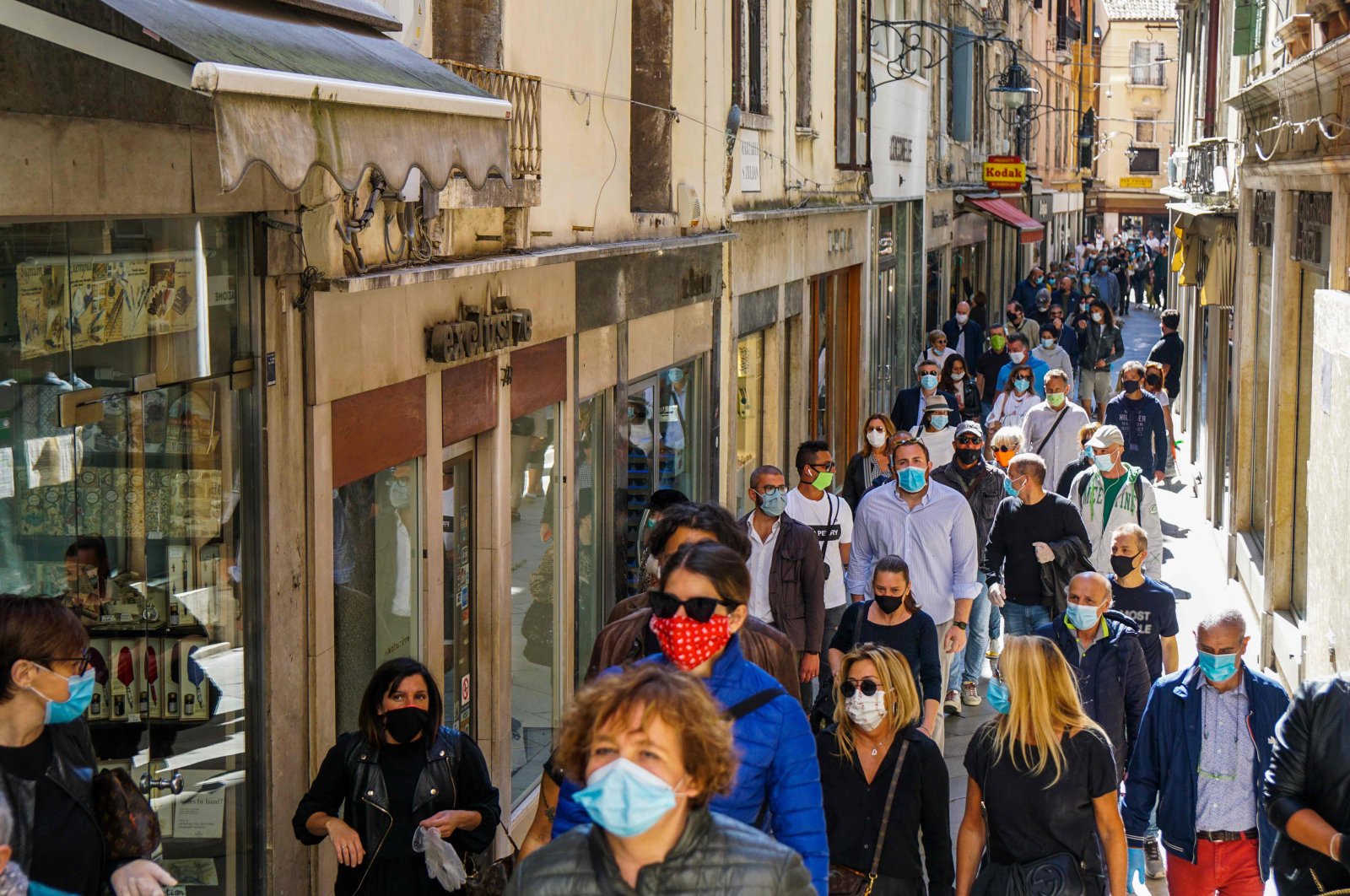 Storekeepers gather for a flash mob protest for the reopening of shops and commercial activities as Italy starts to ease its lockdown, Venice, May 4, 2020. (AFP Photo)
by REUTERS May 17, 2020 1:17 pm
RECOMMENDED

Temporary unemployment schemes operating across Europe could struggle to save the jobs of leisure and travel sector workers facing drawn-out or partial recoveries from the COVID-19 pandemic, even if they help industries that rebound quickly.

Short-term unemployment or furlough schemes have taken in a quarter of Britain's workforce, nearly two-thirds of those employed by France's private sector and many millions across Europe.

Championed by Germany, where it is known as "kurzarbeit," the schemes typically provide at least 80% of pay for workers for whom there is no work now, but a swift return is expected after a limited period.

The schemes have spread far wider and faster than during the last major shock, the 2008-2009 global financial crisis.

Raymond Torres, chief economist of the Spanish think-tank, Funcas, says furlough schemes are one of the responses that have really worked in the initial management of the crisis.

"I wish the same had been done in 2009 where they were hardly used and caused unemployment to rise," he said, although he expressed concern that the scheme in Spain would only run to the end of June, with many further months of economic crisis expected.

The head of Swiss pharmaceutical company, Novartis, gave an unsettling warning on Friday that any vaccine to fight the new coronavirus will not be ready for use for at least two years.

The layoff schemes come at a cost, though, so are temporary in nature. In Italy, for example, companies can use them for up to 18 weeks. Many elsewhere last until the end of June.

British Finance Minister Rishi Sunak says the U.K. bill for covering 7.5 million workers is 8 billion pounds ($9.75 billion) a month, about two-thirds of what the country spends on its health service. Sunak has warned this is not sustainable, although he extended it for a second time on Tuesday.

Even with the scheme, Britain's unemployment rate is set to more than double to 10% in the second quarter.

In France, the cost is likely far to surpass the 26 billion euros ($28.1 billion) budgeted. Labor Minister Muriel Penicaud said the government planned to lower wage reimbursements by the state starting in June.

A study in Belgium released this week gave a taste of economic life after temporary layoffs end. Belgium has some 900,000 people covered by such a scheme, currently until the end of June.

The survey of companies by the country's new economic task force showed that 180,000, or 6% of the workforce, risked losing their jobs within a relatively short time period.

Of those, a quarter worked in hotels, cafes and restaurants and almost half in the culture and recreation sector. A further 75,000 self-employed people believed they were likely to go under.

Italy has banned dismissal procedures until mid-August and Economy Minister Roberto Gualtieri has repeatedly promised no one will lose their job because of the coronavirus. However, that is not expected to save the jobs of all self-employed, fixed-term contract service sector workers and those in the grey economy.

Temporary layoff schemes mean companies do not face firing and potential rehiring costs. Workers are more inclined to keep spending and less preoccupied with saving, propping up the economy. Regular unemployment has the opposite effect.

Gregory Claeys, a senior fellow at economic think tank Bruegel, says temporary layoff schemes work well for sectors of the economy that can bounce back well, such as the auto industry, which is resuming operations. However, the tourism or entertainment sectors did not look set for a V-shaped recovery. Temporary layoffs could only go so far, he said.

"If it's more than a year, you need other solutions and will need other policies like retraining. It's good in a lockdown, but if there is more social change, you need alternatives."

The independent British think tank, Resolution Foundation, warning of the risk to workers in the hospitality sector, recommended a differentiated phaseout for sectors most hit by the lockdown.

Some industries, such as airlines, have already bitten the bullet with a series of job losses at the likes of Ryanair, British Airways and Air France-KLM.

Governments, though, also needed to recognize that the post-COVID world might not be the same as life before, according to Roel Beetsma, a professor of pension economics at the University of Amsterdam.

"You also have to consider long-term sectoral shifts. For airlines, people will come back, but maybe not on the scale of before. Retail might see a permanent shift away to webshops," he said.