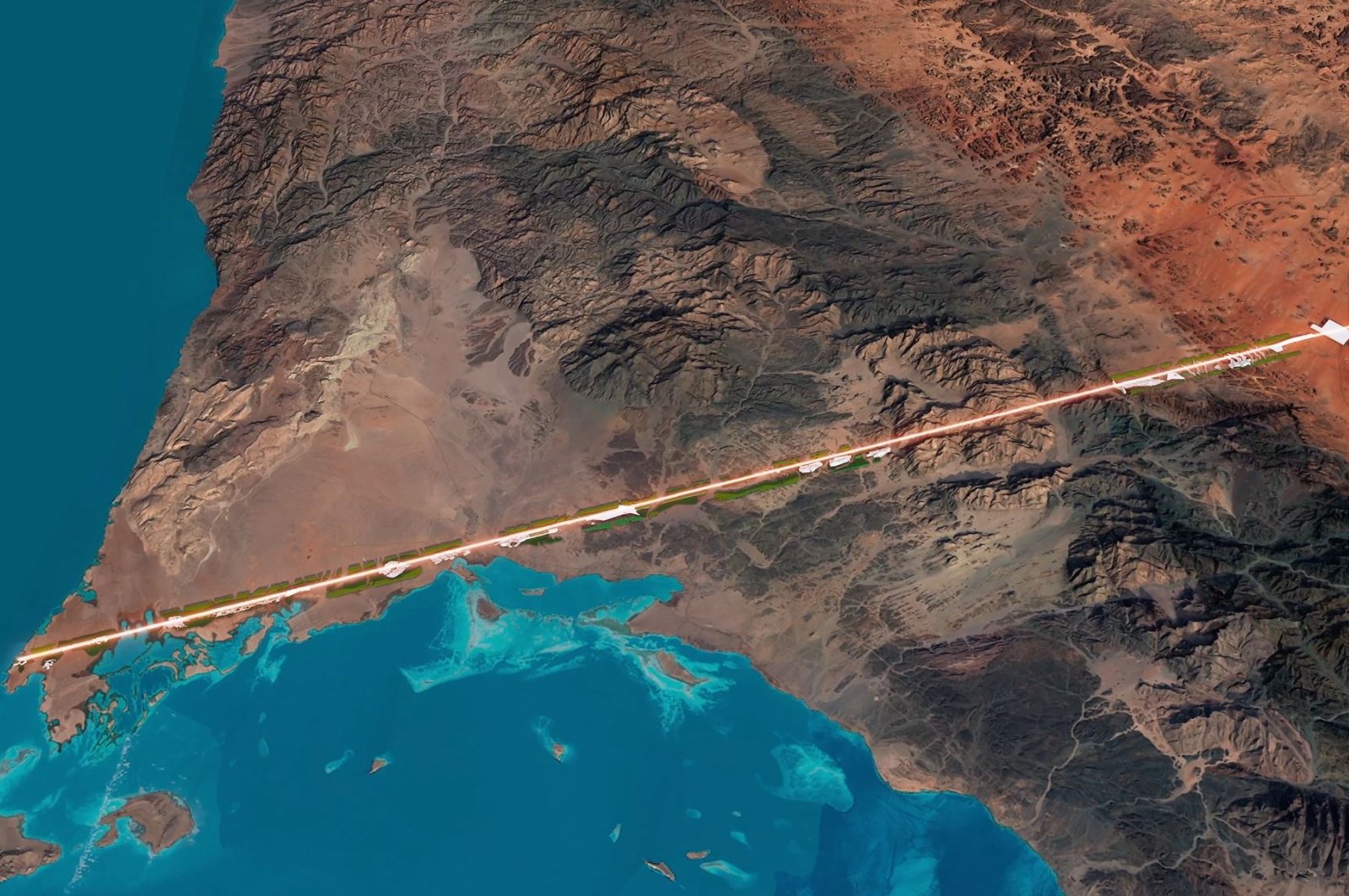 Saudi Arabia has started construction on a unique 170-kilometer (100-mile) pedestrian-friendly city designed in a perfectly straight line that will link the Red Sea coast with the mountains and upper valleys of the kingdom's northwest.

The city project, aptly named THE LINE, is designed in layers, with a nature-friendly, vehicle-free top layer for pedestrians only and two subterranean levels for infrastructure and ultra-fast transportation.

The linear metropolis’s layout will offer all of the residents’ daily needs within a five-minute walk, and the subterranean levels will connect four regions with a maximum 20-minute commute with the aim of developing the kingdom’s remote northwest Red Sea coast by creating a state-of-the-art tech hub.

In an interview with Bloomberg, NEOM CEO Nadhimi al-Nasr said the project is “a huge undertaking” in its beginning stages, with around 1% so-far complete.

He also said the crews are “moving sand, moving mountains" to build the underground systems that will transport people and goods.

The kingdom launched construction on the city as part of the Saudi Crown Prince Mohammed bin Salman's (MBS) “Vision 2030” to steer the economy away from crude, loosen social restrictions and boost investment.

With its lack of above-ground vehicles, the crown prince has emphasized its potential for carbon emissions and emphasis on the preservation of nature. The project also claims to be the first in 150 years of major urban development designed around people instead of roads.

“I present to you THE LINE, a city of a million residents with a length of 170 km that preserves 95% of nature within NEOM, with zero cars, zero streets and zero carbon emissions,” the crown prince, who also serves as chairperson of the NEOM's board of directors, said about the project, according to the company's official website.

Despite the controversy surrounding crackdowns on protestors and opposition from locals during relocation, the company plans to keep its deadline and continue with the construction of its "sustainable, compact and liveable" metropolis scheduled to welcome its first residents in 2024.