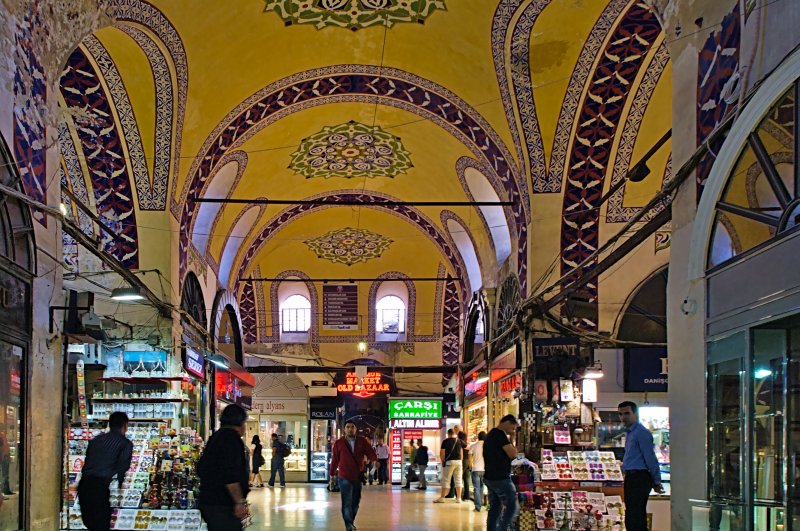 World tourism has seen no relief from the negative effects of the coronavirus, as Istanbul’s landmark Grand Bazaar faces a rapid decline in the number of visitors and a shrinking trade volume

The spread of the new coronavirus continues to negatively affect world tourism volumes, while the occupancy rate of the Istanbul’s historic Grand Bazaar fell some 60%, marking the most stagnant period of trade in the landmark tourist location.

Tourists visiting the Grand Bazaar in Istanbul’s historic Sultanahmet district have already fallen 50% due to the new coronavirus, COVID-19, which has claimed the lives of more than 3,000 people worldwide, mostly in mainland China.

Hasan Fırat, chairman of the Grand Bazaar Artisans’ Association, told Turkish daily Dünya that the market saw ups and downs last year but is currently experiencing the worst fall in terms of the number of visitors and trade volume.

He said that although the beginning of the year was good as tourists coming from Asian and Arabian countries were on the rise despite the relatively decreasing number of those coming from Europe and the U.S., now because of the spreading epidemic, the number of Asian and Arabian tourists has also decreased sharply, causing an over 60% fall in overall numbers recorded in the last 10 days.

“There were tourist groups coming from East Asian countries, each consisting of up to 200 people back then. Now not even a single tourist bus is showing up,” Fırat said.

He added that the stores, normally closing at around 7 p.m. in the winter season, now close before 5 or 5:30 p.m.

The Grand Bazaar, with a history of which dates back nearly 560 years ago, is one of the world’s most popular and largest shopping centers. It houses two covered bazaars on an area of 64 avenues and streets, 16 inns, and 2,486 stores. The historic bazaar which has 22 entrances was established on a 45,000 square meter area. The market is exclusively popular for its gold trade while some 60% of the gold exported from Turkey, which totals around 250 tons, was being branded in the Grand Bazaar during the 2010s.

Fırat noted that this rate now decreased to 30%.

Some 55 of the stores located in the bazaar are herbal and spice selling stores along with those selling Turkish delight, while 71 of them are leather and fur products stores, 86 of them carpet sellers, 328 of them in the textile business and 600 of them in the precious metal business. The other 346 stores are consisting of several other occupational groups.

Meanwhile, the recession in the bazaar’s trade volume has increased the number of stores on sale, reaching almost ten times higher in numbers. Fırat said that the stores in the Grand Bazaar are occasionally sold and now those figures have also increased, due to several reasons in recent years, while coronavirus seems to be one of the negative contributors. The number of stores sold yearly reached 20 which using is only 2, he added.

Speaking of the recent situation, the owner of the M. Kardeşler, a jewelry dealer located in the Grand Bazaar noted that the trade with foreign tourists comes to an ending point due to the epidemic which caused the rise in gold prices.

The owner, who has been at the market since 1999 said that now there are days they do not sell a single thing.

Metin Mıuratoğlu, who has a store for leather and fur products in the historic bazaar also said that there are days that they can’t do any business, noting that this is the worst time for trade in the bazaar.

The coronavirus, which emerged in the central Chinese city of Wuhan late last year, has spread around the world, with more new cases now appearing outside China than inside. Many prominent airlines worldwide had already canceled the flights to and from virus-hit areas, including China, South Korea, Japan, Italy and Iran, countries that saw the fastest spreading in the number of both the contagion and death cases.

The death toll in Italy has risen by 27 in one day, reaching 79, the Civil Protection Agency said Tuesday.

The accumulative number of cases in the country, which has been hardest hit by the virus in Europe, totaled 2,502, up from 2,036 on Monday. The head of the agency said that of those originally infected, 160 people had fully recovered.

The contagion came to light 12 days ago and is focused mainly on a handful of hotspots in the north of Italy. However, cases have now been confirmed in all but one of the country's 20 regions, causing a seemingly decrease in the number of tourists visiting Italy, due to both Chinese tourists lock downed in cities in mainland China, and also because of the ever-growing fear across the globe that prevent people from traveling.

The Carnival of Venice, a popular and colorful festival of Italy was canceled just two days before its due date, while media reports suggest that cities like Rome and Venice which normally hosts the highest number of tourists saw a rapid decline in the numbers.