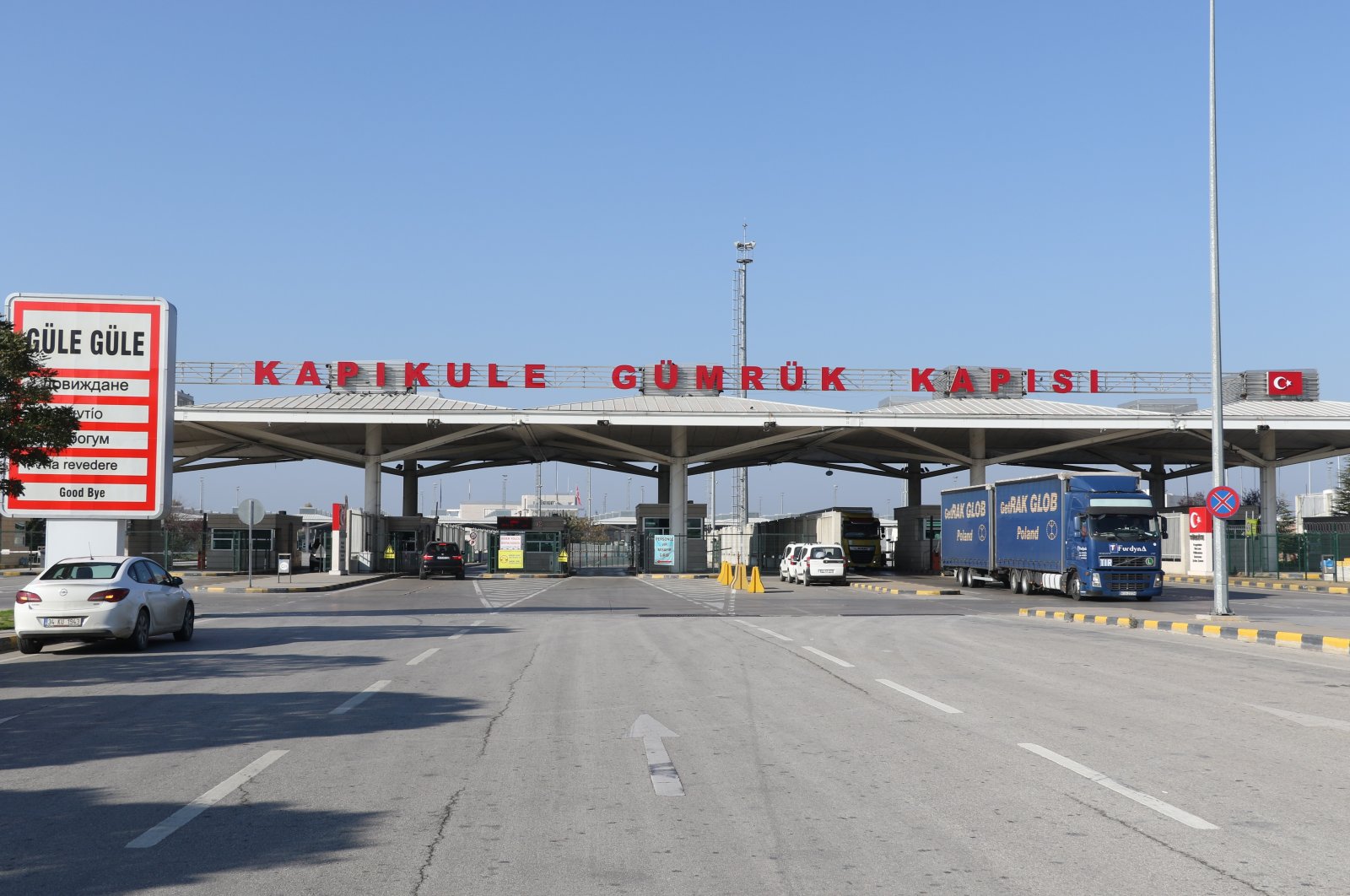 Turkey is focused on solving the problems local exporters may face at international transit passes, border gates and customs due to the COVID-19 outbreak, Transport Minister Adil Karaismailoğlu said Tuesday.

Karaismailoğlu was speaking at a Turkey Exporters Assembly (TIM) meeting that discussed the problems caused by the pandemic.

He said efforts made by TIM to solve the problems regarding export businesses and pave the way for foreign markets have always contributed greatly to Turkey's economic growth.

He added that they are prioritizing firm infrastructure and transport, and are working to provide maximum effect and prolificacy in freight, human and data mobility.

Karaismailoğlu noted that they have invested in implementing smart transportation applications, benefiting from the added value offered by digitalization, along with investments in road, tunnel, bridge and railroad construction.

He said the railway or maritime trade infrastructure is key to solving the density at border gates that allow road transportation, especially at the Kapıkule and Hamzabeyli border gates along the country's European border in the northwest.

"Increasing the share of rail and maritime transport in exports will provide a great convenience in carrying out exports without getting stuck in the commercial barriers that Europe has put in front of us, such as the Green Consensus and Zero-Emission targets," Gülle stressed.

Gülle said "investments in railway projects that will facilitate logistics in terms of cost, security and speed will carry our country to a strong future," highlighting their pleasure in terms of the Ministry's projects to connect railways to Turkey's ports and Industrial Organized Zones (OIZ).

Maritime transportation, meanwhile, constituted some 60.3% of Turkey's exports in 2019.

"One of the ways to increase the share of our maritime exports in our total transports is to the common commissioning of Ro-Ro transportation," he said, which provides significant flexibility and cost advantage to exporters.

Necessary procedures are to be completed quickly to resume Ro-Ro voyages at the Alsancak Port in western Turkey's Izmir, Gülle added.