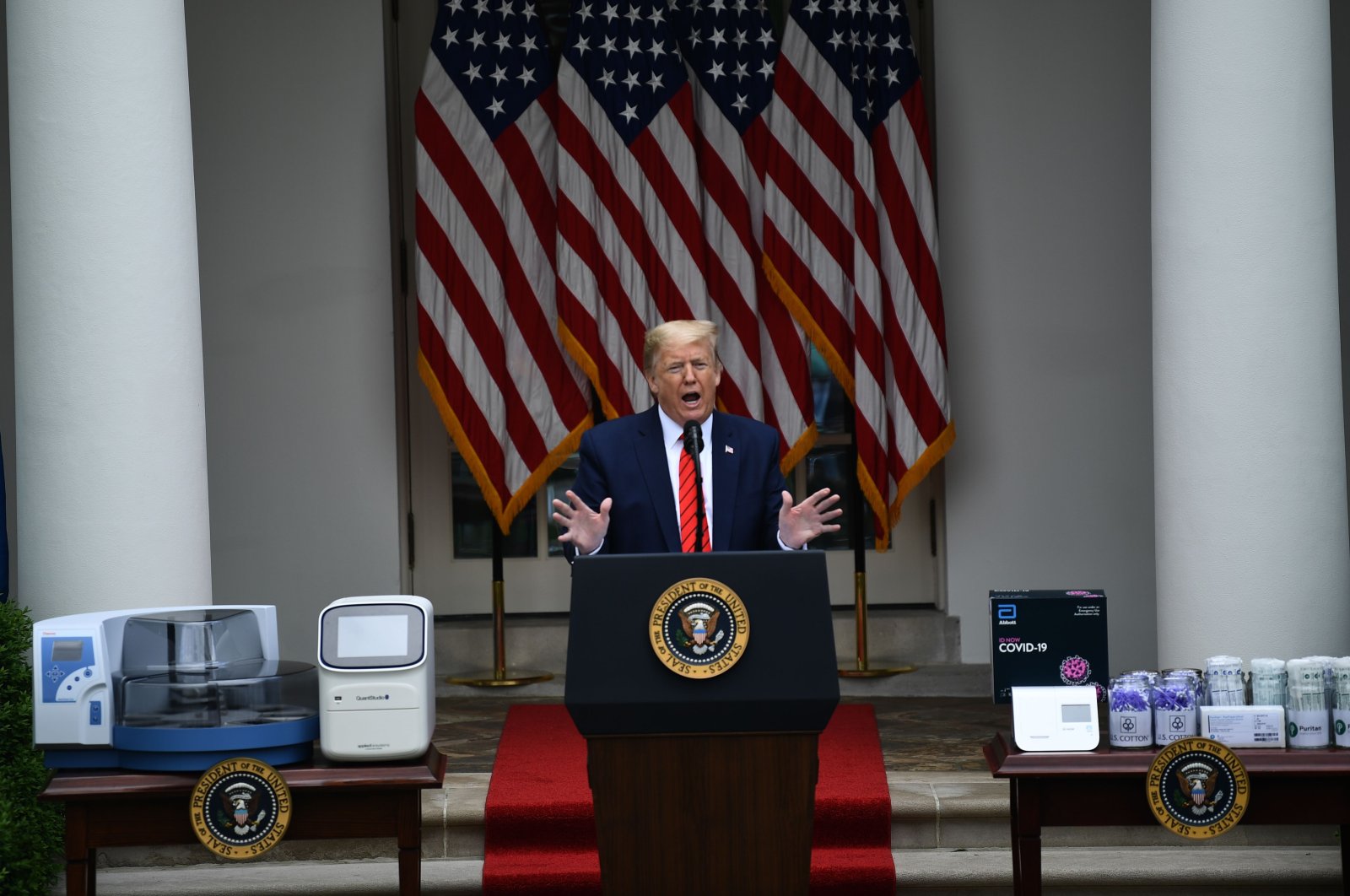 US President Donald Trump on Monday ruled out renegotiating the trade agreement signed with China.

"I'm not interested in that," Trump told reporters when asked about reports that China was looking to reopen talks about the trade deal signed in January.

"Not even a little bit," Trump said. "Let's see if they live up to the deal that they signed."

Washington and Beijing reached a partial trade deal in January.

As recently as Friday Vice Premier Liu He, who had led China's negotiations, spoke by phone with US Trade Representative Robert Lighthizer and Treasury Secretary Steven Mnuchin and confirmed that both sides agreed to implementing the first phase of the deal.

Under the agreement the Trump administration agreed to postpone any further tariff increases, while China promised to increase by $200 billion over two years their purchases of US products compared to the level of 2017.

The US president has hit out at China's handling of the novel coronavirus pandemic and threatened fresh tariffs.

The Trump administration accuses China of taking too long to warn the world about the epidemic, and therefore to blame for the virus spreading around the world and triggering the global economic crisis.

US Secretary of State Mike Pompeo has even said claimed that the coronavirus pandemic likely originated in a Chinese laboratory, but acknowledged there was no certainty.