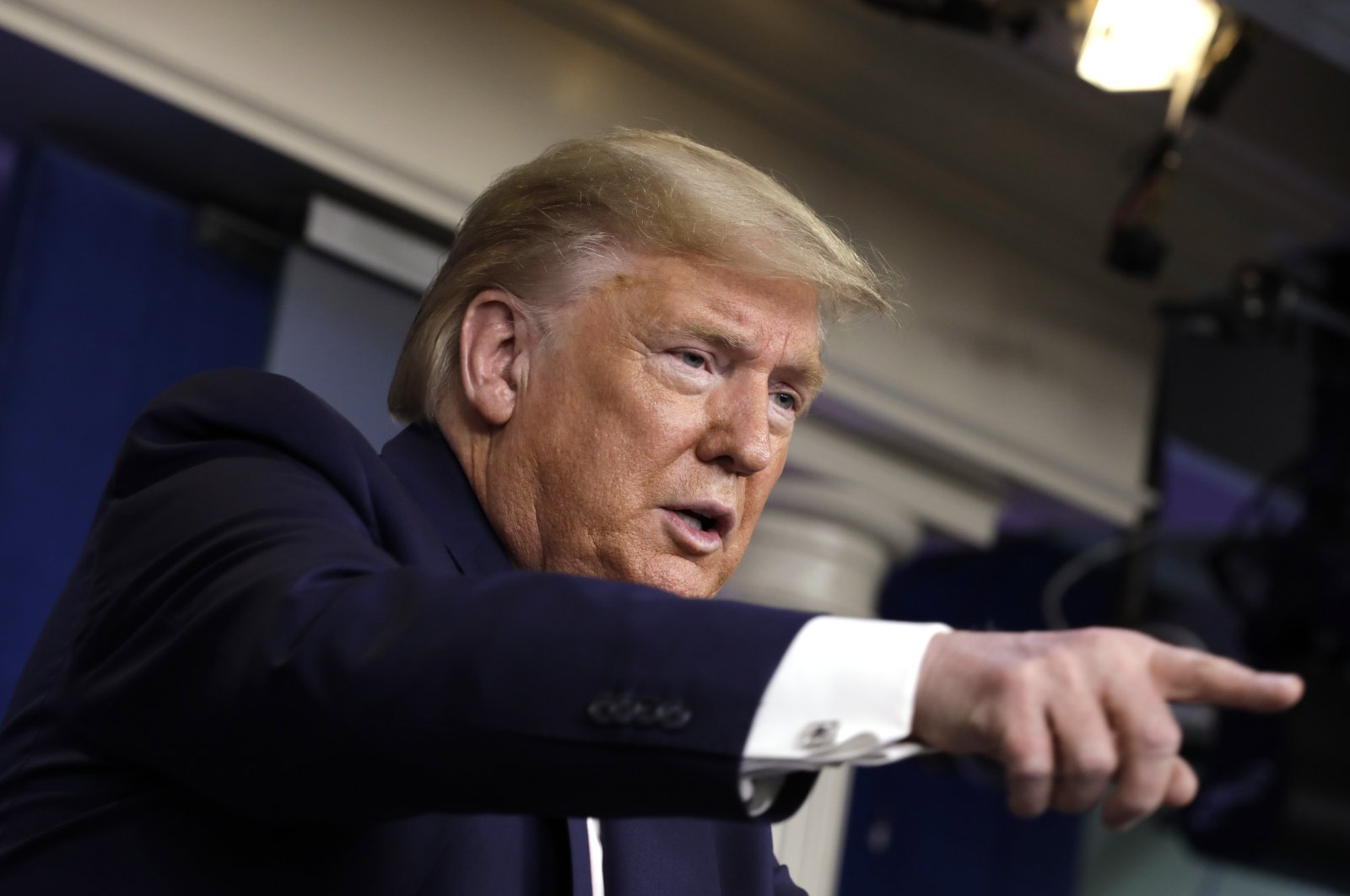 US President Donald Trump speaks during a press briefing on the COVID-19 pandemic with members of the Coronavirus Task Force at the White House in Washington, D.C., U.S., Thursday, March 26, 2020. (EPA Photo)
by Compiled from Wire Services
Mar 27, 2020 11:58 pm

The U.S. President Donald Trump on Friday signed a $2.2 trillion economic rescue package, calling the bill much-needed relief for American workers reeling from the economic tumult caused by the coronavirus.

Trump signed the bill in an Oval Office ceremony surrounded by Republican lawmakers and members of his administration shortly after the Democratic-controlled House approved the massive spending package. Under the plan, many single Americans would receive $1,200, married couples would get $2,400 and parents would see $500 for each child.

The signing came after the U.S. government on Thursday reported nearly 3.3 million new weekly jobless claims. The U.S. death toll has surpassed 1,200 from the virus.

Some Democrats argue the bill did not go far enough for workers and amounted to an unchecked bailout for large corporations. A number of Republicans balked at the size of the package, which will add to the national debt, and aspects that were not related to the virus.

This is the third major bill passed in Congress to help deal with the coronavirus outbreak.

"Our nation faces an economic and health emergency of historic proportions," she said on the House floor just prior to passage. She admitted that "no bill is perfect," acknowledging concerns within her party over how some of the money will be used.

The package also includes direct payments to most adults along with a system for loans to small businesses that may be forgiven if the money is used to keep employees on the payroll. Unemployment insurance will also be boosted.

Some 150 billion dollars will go to the health care system.

Wall Street closed lower Friday but still notched big gains for the week as investors held on to the hope that the rescue package will cushion businesses and households from the economic devastation being caused by the coronavirus.

Stocks had soared over the previous three days as the relief bill moved closer to becoming law.

Even after the rally this week the market is still down 25% from the peak it reached a month ago. The outbreak has forced widespread shutdowns that have ground much of the U.S. economy to a halt.