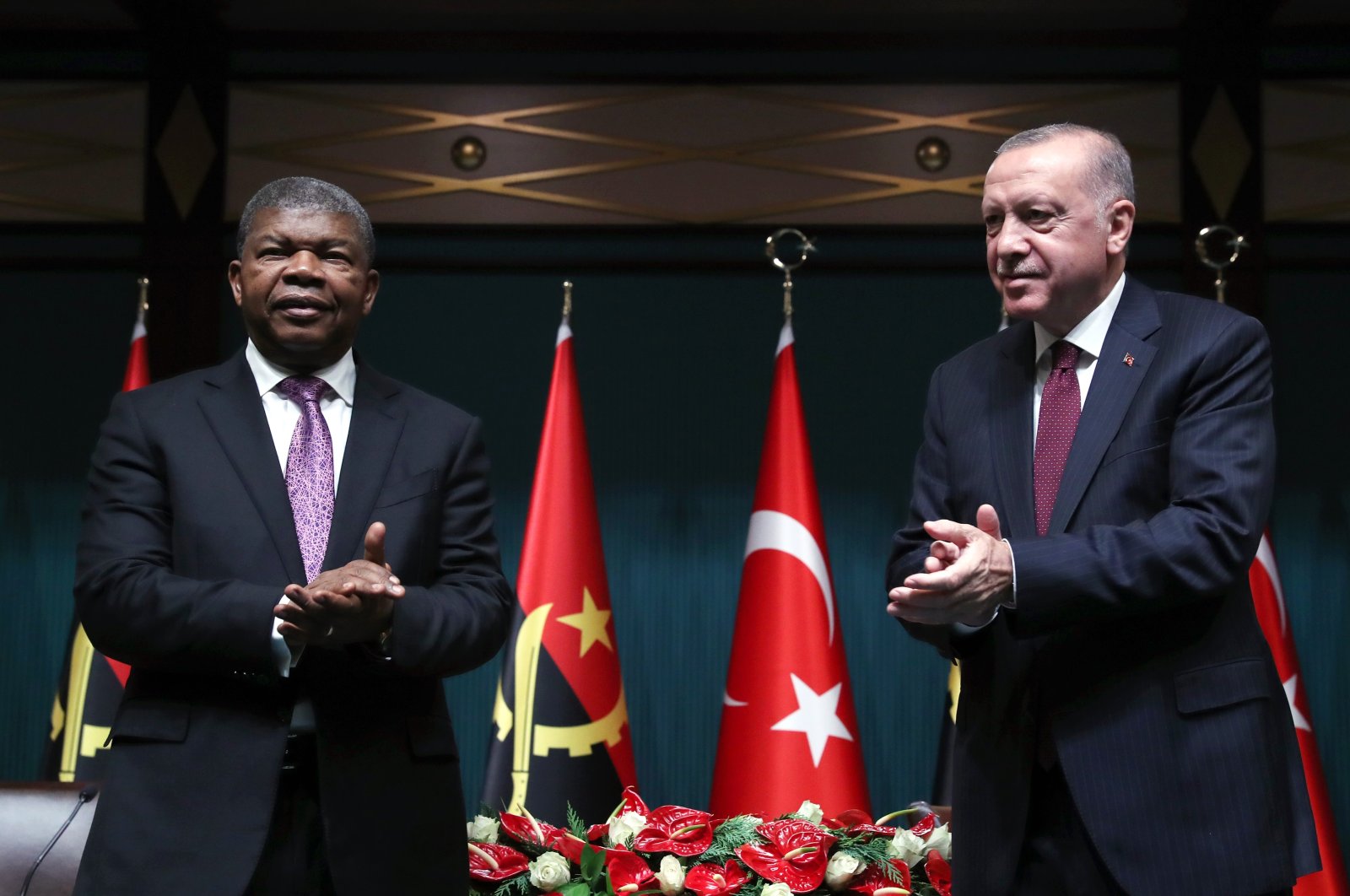 Speaking at a joint press conference with his Angolan counterpart João Manuel Gonçalves Lourenço in the capital Ankara, Erdoğan said: "Our trade volume with Angola is $176 million. The current trade volume is very low for two such powerful countries. We agreed to reach a $500 million trade volume as a first stage."

"After the U.N. General Assembly (this September), we will pay a return visit to Angola with a group of businessmen. We want to start high-level visits between the two countries," he added.

Turkey will stand by Angola as a country that has proven itself in its fight against terrorism, Erdoğan also stated.

Lourenço, for his part, said that agreements signed Tuesday between Turkey and Angola will pave the way for Turkish investors to visit and make investments in Angola with more confidence, and this also applies to Angolan investors.

"With the signed agreements, we want to take back the time we lost for years and reach the top in bilateral relations and trade volume," he said.

Earlier on Tuesday, Erdoğan welcomed Lourenço with an official ceremony at the Presidential Complex.

One-on-one and delegation meetings were followed by a signing ceremony of bilateral agreements.