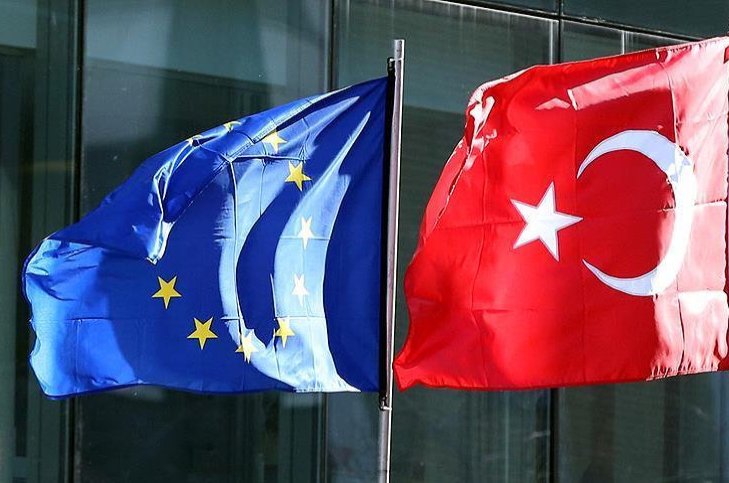 The EU’s imports from the rest of the world amounted to 316.8 billion euros, falling 1.6% during the same period.

The intra-EU27 trade rose 0.4% on an annual basis to nearly 510.2 billion euros in January-February.

The U.S. was the top market for EU exporters with 62.6 billion euros or a share of 18.6% of the bloc's total exports.

The EU's other major export markets were the U.K., China, Switzerland, Russia and Turkey.

On the import side, China was the main source, with 60.5 billion euros, accounting for 19% of total imports.

It was followed by the U.S., the U.K., Russia, Switzerland and Turkey.

In January-February, the bloc's trade balance saw the highest deficit with China – 30.6 billion euros – and the biggest surplus with the U.S., with 23.8 billion euros.

Turkey has been the sixth-largest trading partner of the EU in the first two months of this year, with a trade volume of 23.6 billion euros.

EU exports to Turkey totaled 12 billion euros, while imports from the country were 11.6 billion euros during the same period.