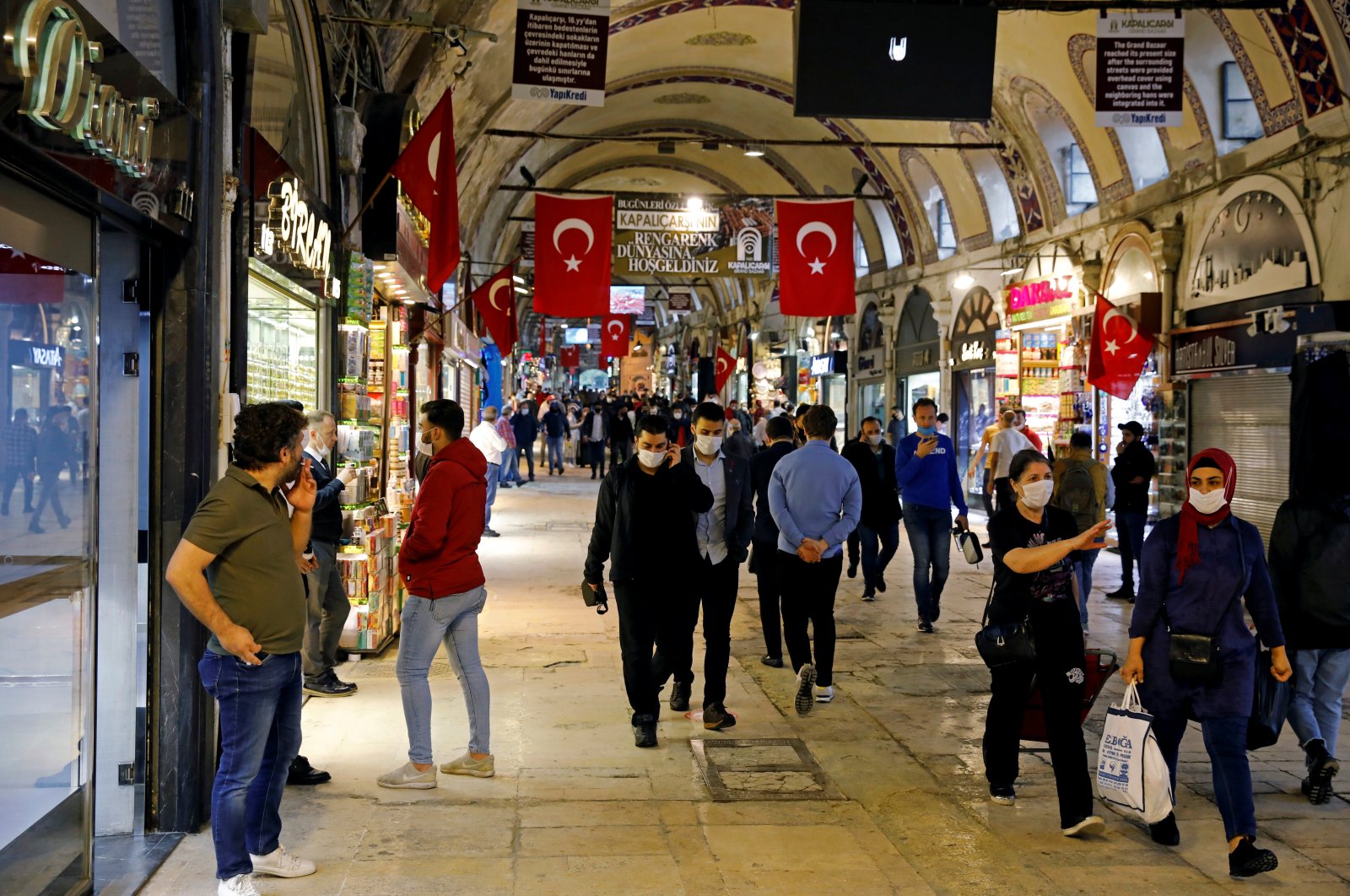 People wearing protective face masks walk at the Grand Bazaar as it reopens after weeks of closed doors amid the spread of the coronavirus in Istanbul, Turkey, June 1, 2020. (Reuters Photo)
by Daily Sabah with Agencies Jun 17, 2020 1:45 pm
RECOMMENDED

Turkey will extend the three-month ban on layoffs that was imposed in April for three more months, Family, Labor and Social Services Minister Zehra Zümrüt Selçuk said Wednesday, in a move to offset shuttered businesses and unemployment as the country reopened its economy this month in the wake of the coronavirus outbreak.

The country, meanwhile, will deactivate a temporary pay system used over the past three months to top up workers' lost wages, the labor minister said.

Speaking to Anadolu Agency (AA) Editorial Desk, Selçuk said 400,000 people had left the short-term work allowance system in the past 10 days. She said the system could be replaced by other incentives instead.

More than 3.5 million have benefited from the system, data from the ministry shows.

Selçuk explained that as part of the social measures taken under the wider package of the Economic Stability Shield announced by President Recep Tayyip Erdoğan shortly after the emergence of the first case in the country, the ministry has so far provided some TL 20.5 billion (nearly $3 billion) of support, reaching more than 6 million households.

Expressing that they started the Social Protection Shield within the scope of this wider stimulus package, Selçuk said that they are carrying out programs focused on working life, social security, social services and social benefits.

The social benefits were classified under three categories as short-time work allowance, unemployment benefits, cash wage support and social benefits under the Social Protection Shield. "When we consider the entire package, we are talking about cash support of approximately TL 20.5 billion," Selçuk said.

Through its 1,003 social assistance and solidarity foundations, Turkey reaches out to those in need, Selçuk added.

The minister explained that in the pre-pandemic period, some TL 120 million per month was sent periodically to the foundations, while that amount was increased to half a billion lira each month during the pandemic periodic.

The previously passed bill – the period of which is now set to be extended – aimed at creating a legal basis for banning layoffs to protect those lacking job security while mitigating the outbreak’s effects on the economy. The country has provided support of TL 39.24 (about $5.70) per day to workers forced to take unpaid leave due to the coronavirus outbreak for three months, while workers' contracts cannot be nullified for three months except in unconscionable situations. Their general health insurance payments were also set to be covered by the state.

During the pandemic period, the country has also paid 60% of staff salaries of firms forced out of business due to force majeure, such as the pandemic, with this short-term work allowance.