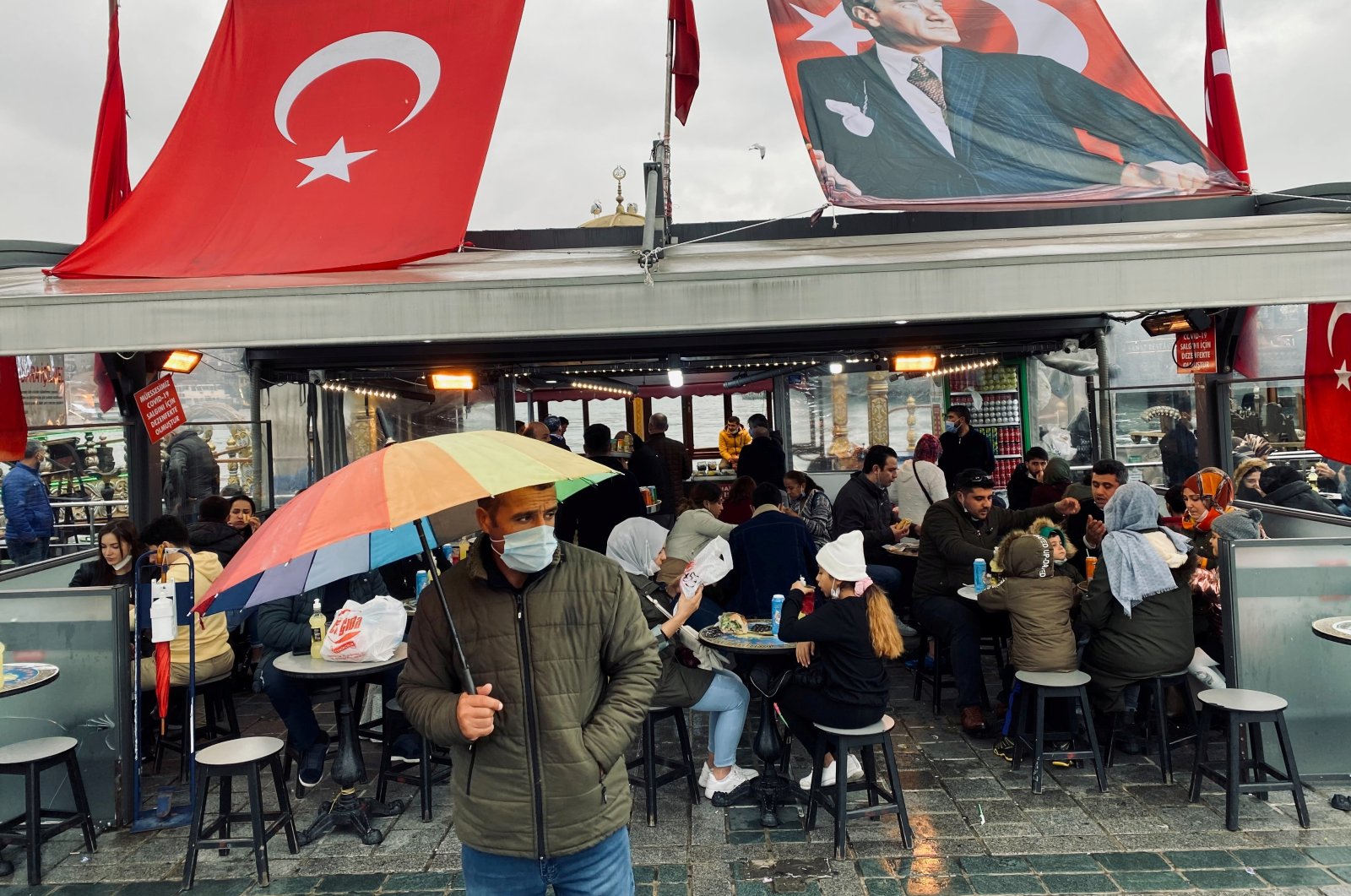 A man wearing a protective mask stands in front of a fish and bread restaurant, amid the coronavirus outbreak, in Istanbul, Turkey, Nov. 7, 2020. (Reuters Photo)
by DAILY SABAH WITH AGENCIES Dec 01, 2020 12:43 pm
RECOMMENDED

Turkey extended a government scheme that provides wage support to employees of companies who have been hit by the coronavirus pandemic, the Official Gazette showed Tuesday.

The decree, signed by President Recep Tayyip Erdoğan, extends the partial wage support by three months. The deadline for new applications is Dec. 31, and it covers the following three months.

In response to a rise in COVID-19 cases and deaths in recent weeks, Ankara on Monday expanded lockdown measures. The country will impose a weekday curfew and a full lockdown for weekends to combat the spread of the disease.

Some sectors, including supply chains and production, will be exempt from the measures, which will begin Tuesday.

Over 650,000 businesses are said to have been directly or indirectly affected by the second wave of measures. There are over 2 million tradespeople in the country, according to Trade Ministry data.

Under the short-term work allowance, the government is paying 60% of staff salaries. It makes payments within the range of TL 1,752 to TL 4,381 ($223 to $558). The allowance was most recently extended to the end of December.

In April, the government also imposed a three-month ban on layoffs to mitigate the pandemic's impact.

Parliament in July approved a law allowing Erdoğan to extend the layoff ban until July 2021. Under the new law, Erdoğan will be allowed to extend the ban by three months each time until June 30, 2021.

Erdoğan also has the authority to decide for each sector whether to extend the short-term employment allowance benefit.

The country’s unemployment rate came in at 13.2% in August with a decrease of 0.8 percentage points year-on-year, according to official data.

Turkey’s new economic program announced at the end of September targets an unemployment rate of 13.8% this year and 12.9% for next year.