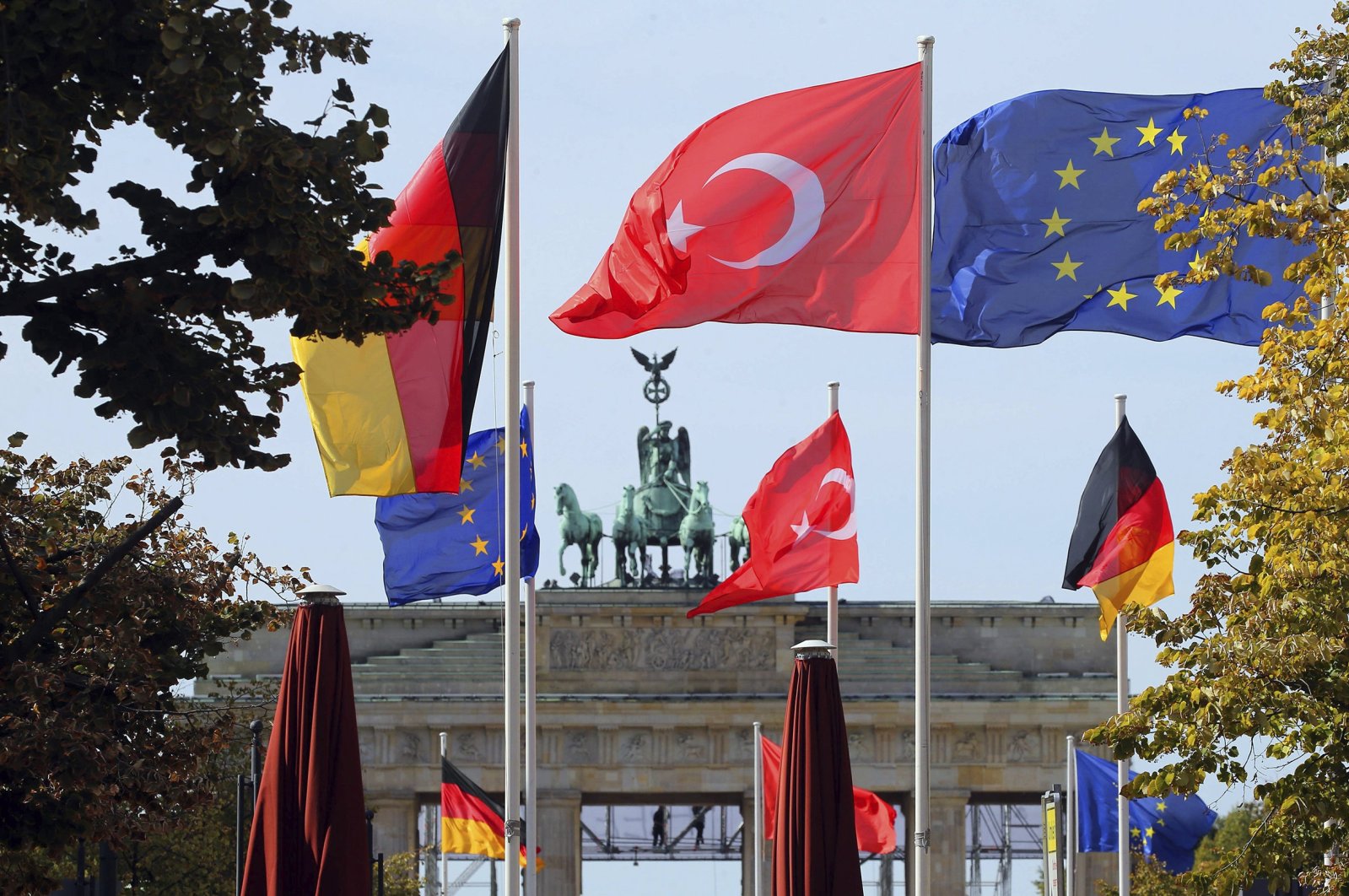 The flags of Germany, Turkey and the European Union flutter in front of Berlin's landmark the Brandenburg Gate on Sept. 26, 2018. (AFP Photo)
by DAILY SABAH Oct 01, 2020 1:08 pm
RECOMMENDED

“We believe that the potential between the two countries will neutralize the negative effects of the COVID-19 epidemic soon and we will bring the trade volume to its previous levels. We want to reach a $40 billion trade volume initially, then $50 billion in the long run,” she said at a Turkish Foundation for Political, Economic and Social Research (SETA) meeting on bilateral trade.

Batur recalled that bilateral trade was $35.9 billion at the end of 2019, and gave good signals in the first two months of 2020 but declined in the January-July period due to the epidemic. She also emphasized the significance of updating the customs union between Turkey and EU, voicing expectations for support from Germany.

Turkish and European officials have over the last couple of years been carrying out talks focused on revising the current customs union agreed upon between both parties. Although talks have been stalled as a result of political tensions over the last three years, business circles and officials from both sides have endeavored to maintain dialogue.

Noting that Turkey gives particular importance to the Turkey-Germany Economic and Trade Committee (JETCO), Batur said they want to hold the next meeting before the year-end. The deputy minister also noted that Turkish-German cooperation can be moved to third countries, where businesspeople would work together.

Germany was Turkey’s top export market in the January-August period of this year, with $9.76 billion, according to the Turkish Statistical Institute (TurkStat) data on Wednesday. It also came in second after China among Turkey’s top import markets in the said period with $12.64 billion, the data showed.

Batur also said the recent reports by the Organisation for Economic Co-operation and Development (OECD) and the international credit rating agency Fitch confirmed the Turkish economy will be less negatively affected by COVID-19 than expected. She added that the investment opportunities in the country also improved in recent years with an incentive system.