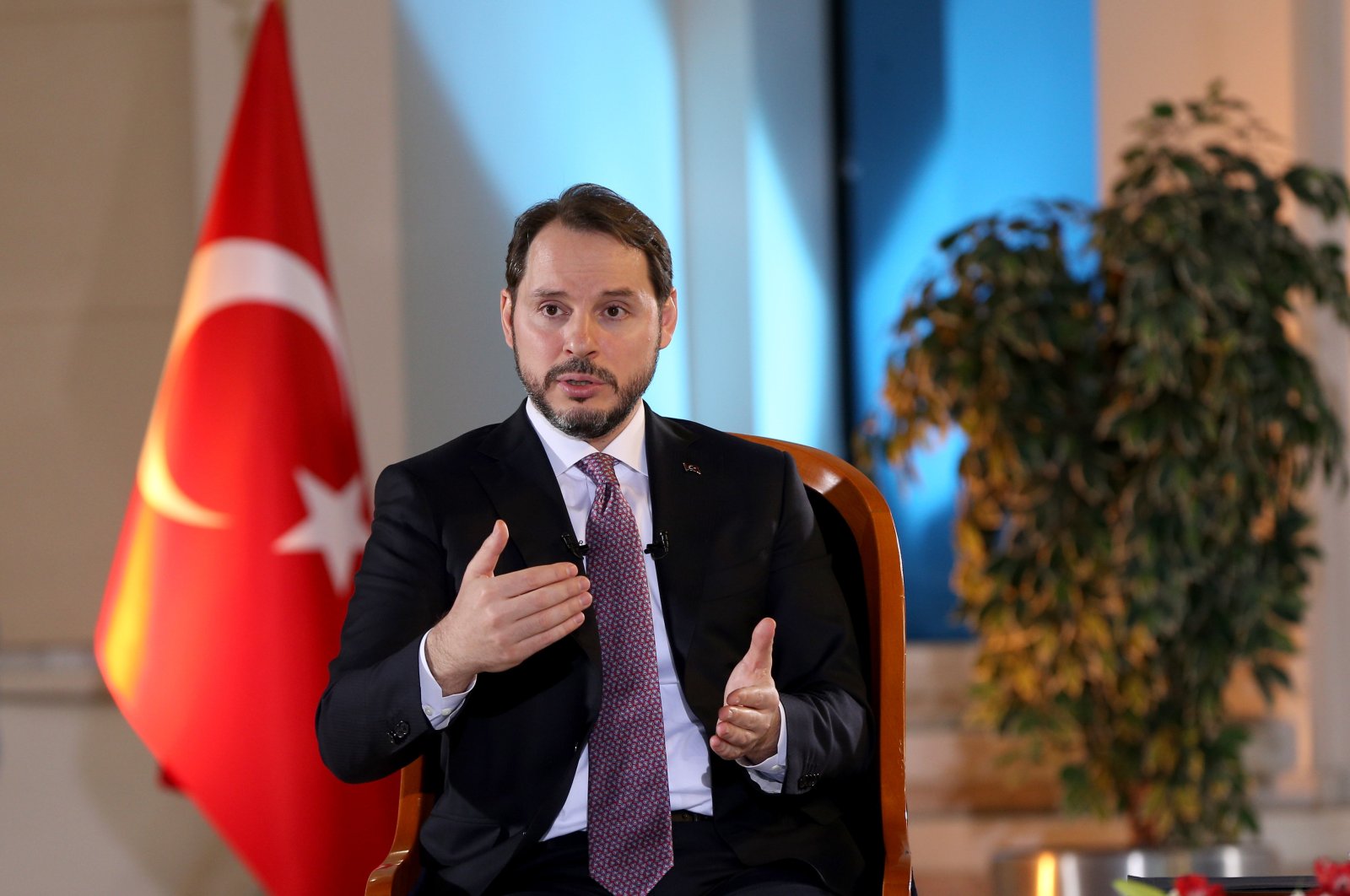 Turkey has launched an employment support scheme for all businesses and sectors to minimize the coronavirus outbreak's negative impact on the economy, Finance Minister Berat Albayrak said Wednesday.

In a statement on Twitter, Minister Albayrak said: “Within the scope of the Economic Stability Shield Package, we are initiating 'Support to Continue Working' for all our sectors and companies under the scope of cooperation with public and participation banks and our financial institutions.”

He said the conditions for the Treasury-backed Credit Guarantee Fund (KGF) will be the protection of the current employment rate by the businesses.

The move was taken to meet the business capital needs of all corporate and commercial sale companies, the small and medium-sized enterprises (SME) being the first affected by the pandemic.

The issue was discussed during the Financial Stability and Development Committee (FİKKO) meeting, according to statements by the finance minister.

“We will succeed together,” Albayrak added.

The applications will be accepted as of March 26.

The move is in line with the relief package announced by President Recep Tayyip Erdoğan last week to limit the economic fallout from the coronavirus.

Under the TL 100 billion ($15.4 billion) package, the country postponed debt payments and reduced the tax burden on some sectors.

Among specific measures, the tourism accommodation tax was suspended until November to support the key tourism sector, which accounts for 12% of the economy.

Debt repayments of companies affected by the coronavirus were postponed for a minimum of three months, while value-added tax and social security payments for various sectors were also deferred.

Value-added tax for domestic aviation was cut to 1% from 18% and the limit of the Treasury-backed credit guarantee fund – which guarantees loans to small- and medium-sized firms – would be doubled to TL 50 billion.

Erdoğan also called on banks not to restrict loans and for companies not to cut jobs.

The country’s public and private lenders and participation banks earlier this week also announced support packages for their customers to soften the impact of the outbreak.

Erdoğan also announced new precautions against coronavirus on Wednesday on his Twitter page. According to the action plan, TL 1,000 cash support will be given to low-income families. Also, the lowest pensions will be raised to TL 1,500. For people working for minimum wage, a total of TL 7 billion in cash will be provided.

The tariff relief of 10% on bulk ethyl alcohol imports aims to support the production of disinfectant and cologne, the traditional ethanol-based scented disinfectant used in Turkey. The additional customs tax of 20% on disposable medical masks and 13% on medical ventilators were lifted.

As part of efforts to boost local production, the Industry and Technology Ministry on Wednesday announced a support package for small and medium industries (SMEs). The ministry said in a statement that the SMEs Development Organization of Turkey (KOSGEB) loan repayments were postponed for three months and an additional four months were given for ongoing projects.

The ministry also said SMEs that produce medical goods and equipment will receive additional support. "Our enterprises that manufacture products such as disinfectants, protective clothing, glasses, masks and gloves using domestic resources, will be able to benefit from KOSGEB's TEKNOYATIRIM Support Program," Mustafa Varank, the industry and technology minister, said.

KOSGEB will provide support of up to TL 6 million (around $940,000) for these projects. TL 4.2 million of this amount will be provided in loans.

Varank said the ministry's financial support will contribute to manufacturing medical products, which has seen an increase in demand after the COVID-19 outbreak.

Meanwhile, the country’s public, private and participation banks are offering some flexible loan options for customers and corporate debt restructuring, especially for the badly hit tourism and transportation sectors.

The public lender Halkbank said it will provide tradesmen and craftsmen with cash loan and commercial card support of up to TL 25,000 each.