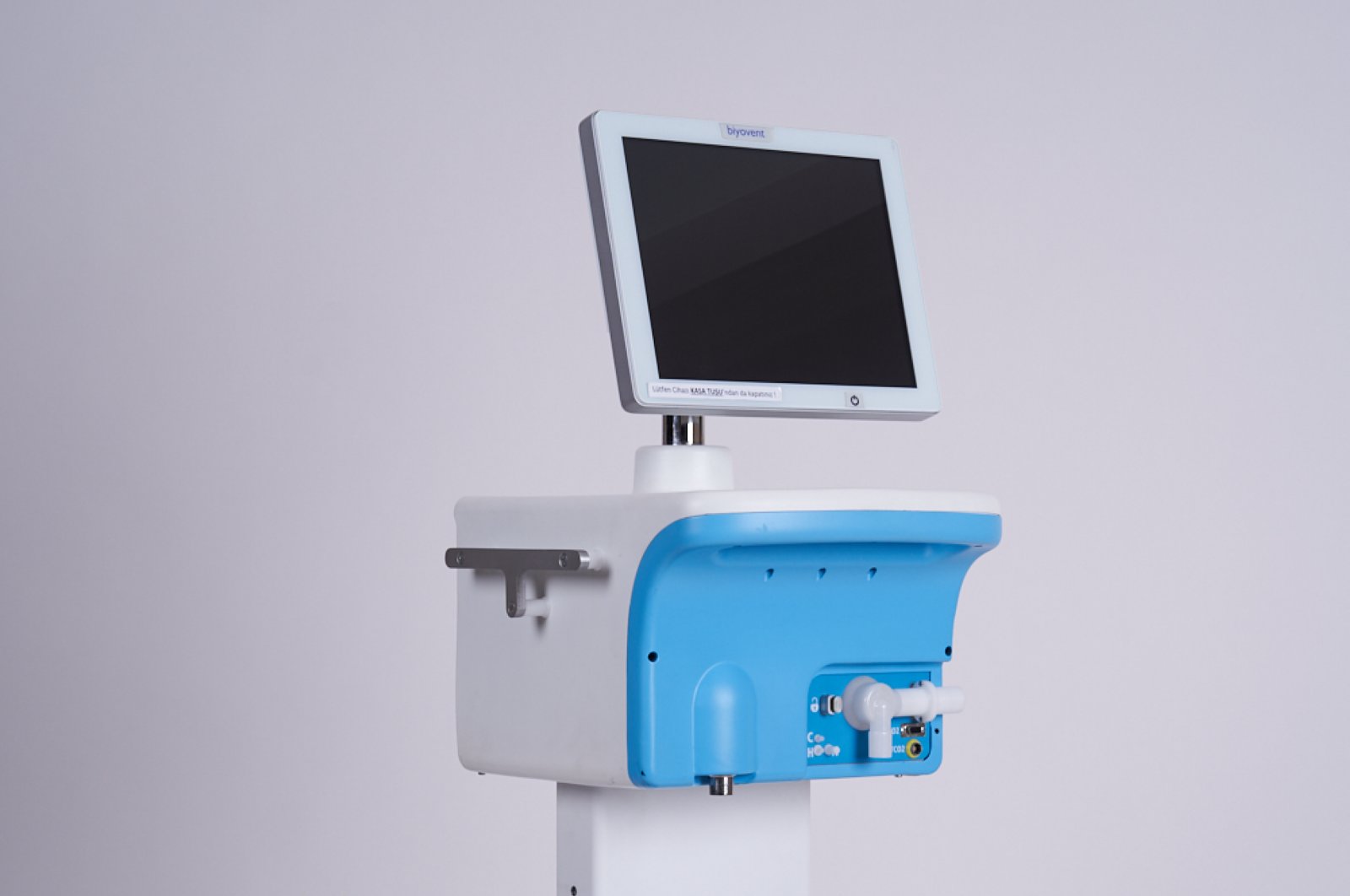 A respiratory device produced by BIOSYS, one of the most important Turkish firms in the field of design and production of high technology medical devices. (Photo: @Biyovent)
by Daily Sabah with Wires Mar 26, 2020 11:39 am
RECOMMENDED

Turkish companies seeking to export medical tools used for respiratory support will need permission from authorities under a decree issued Thursday aimed at meeting domestic demand as the number of coronavirus cases in the country surges.

The death toll from the highly contagious respiratory disease has risen to 59, with 2,433 confirmed cases in Turkey in the last two weeks.

The country has subjected ventilators to export control in order to meet domestic demand amid the pandemic, Trade Minister Ruhsar Pekcan said.

Companies will need permission to export ventilators and related gear, oxygen concentrators, intubation tubes, intensive care monitors and other medical equipment, according to a decree in the Official Gazette.

The decision aims at directing the production of these medical devices to meet the needs while preventing any disruption in health care services and utilizing the existing capacity effectively, the minister added.

Other measures to contain the virus include a partial curfew on the elderly, closing schools, cafes and bars, banning mass prayers, and suspending sport matches and flights.

After first appearing in Wuhan, China last December, the infection has spread to at least 175 countries and territories.

The number of confirmed cases worldwide has surpassed 472,000 while the death toll is over 21,300 and almost 114,800 have recovered, according to data compiled by the U.S.-based Johns Hopkins University.