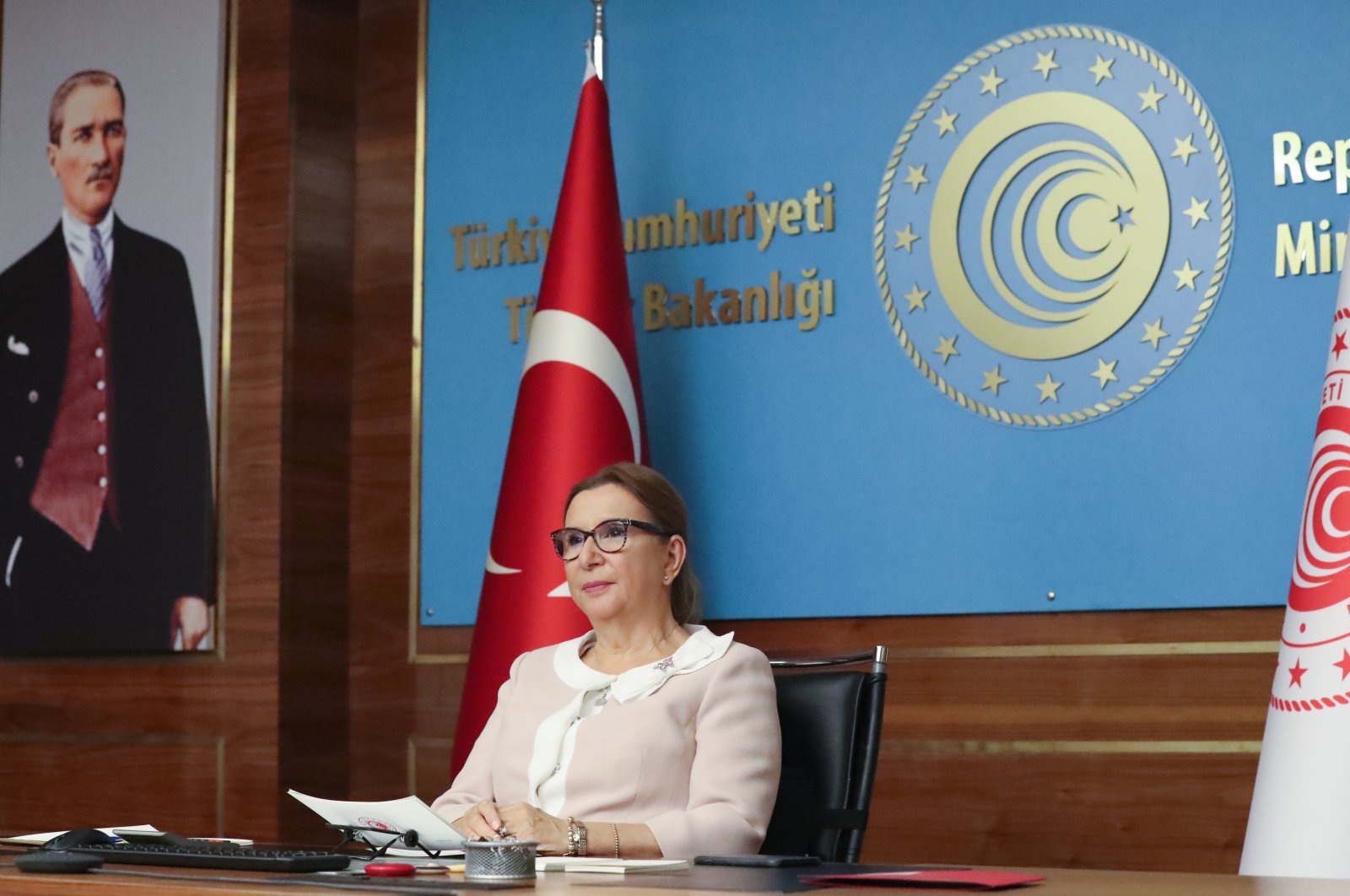 Turkey aims to establish investment and e-commerce portals with African countries in the coming period, Trade Minister Ruhsar Pekcan said, as the country looks to further improve its bilateral trade and investment ties with the continent.

Pekcan’s remarks were made on the sidelines of the virtual Turkey-Africa Economy and Business Forum, which kicked off Thursday.

In addition, she said establishing an e-commerce platform between Turkey and Africa is one of their priority goals before next year’s forum.

Participants at the two-day “Turkey-Africa: Strong Partners in Post-Pandemic World” forum, organized by Turkey’s Foreign Economic Relations Board (DEIK), discussed post-pandemic economic relations between Turkey and Africa, as well as several other topics such as e-commerce, agriculture and free trade agreements.

Evaluating the event, Pekcan underlined that the forum hosted businesspeople from 81 countries, of which over 60 were from African nations, with more than 50 international speakers.

“Turkey prioritizes the concept of win-win with Africa relations,” she underlined.

Pekcan said that while Turkey defends its rights and advantages, it attaches importance to the rights of the least developed countries as well.

She recalled that Turkey's bilateral trade was up by 7%, reaching $26.2 billion (TL 207 billion) last year and standing at $18.2 billion in the first nine months of 2020 despite the virus outbreak.

The trade volume between the two sides has been following an upward trend over the last decade, up from only $5.4 billion in 2003.

President Recep Tayyip Erdoğan on Thursday said the bilateral trade volume should be increased to over $50 billion in the next few years.

Trade and investment between the two sides will expand further in the coming period, Pekcan added.

The foundational stones of Turkey's Africa policy in the new Republic were laid in 1998, during the time of then-Foreign Minister Ismail Cem, although historical ties date back to the Ottoman Empire.

Yet, the actual jump can be said to have been made in 2005, which was also declared as the "Year of Africa" by Ankara, and Turkey was accorded observer status by the African Union (AU) the same year, under Erdoğan's leadership, who was prime minister at the time.

Relations between Turkey and Africa have gained particular strength since the declaration of Turkey as a strategic partner of the continent by the AU in 2008.

Turkey enjoys free trade agreements (FTA) with five African countries and agreements with 13 countries to prevent double taxation. It has increased the number of its embassies on the continent to 42 and commercial counselors to 26.

Turkey will be among the fastest-recovering countries from the coronavirus pandemic, Pekcan also said.

According to the latest Organisation for Economic Co-operation and Development (OECD) report, Turkey – after China and South Korea – will be among the least affected countries by the global economic downturn caused by the pandemic, she said.

"We can develop more investment and cooperation projects, including PPP (public-private partnerships), especially in areas such as health, transportation, engineering and architecture, banking, manufacturing and industry where information technologies are used,” DEIK Chairperson Nail Olpak said in his speech at the forum.

He said the 2063 vision of the AU and its goals in manufacturing, industrialization and value-added production, which are set to transform Africa into a global power center, also shaped Turkey's economic relations with the continent.

The biggest problem, on the other hand, of the Turkish private sector in Africa is the financing of its activities, he said, adding that though Türk Eximbank provided intensive support for these operations, more support was needed.

Before the pandemic, Africa's gross domestic product (GDP) growth forecast for 2020 had been 3.4%. The current predictions are between a contraction of 4.9% and 2.1%, Harison stated.

The inflation rate is currently over 5% in several African countries, he added.

The continent needs to raise its manufacturing exports and reduce the use of processed goods to close its fiscal gap, said Harison.

Turkey has provided medical supplies and equipment to 46 African countries to assist them in their fight against the pandemic.