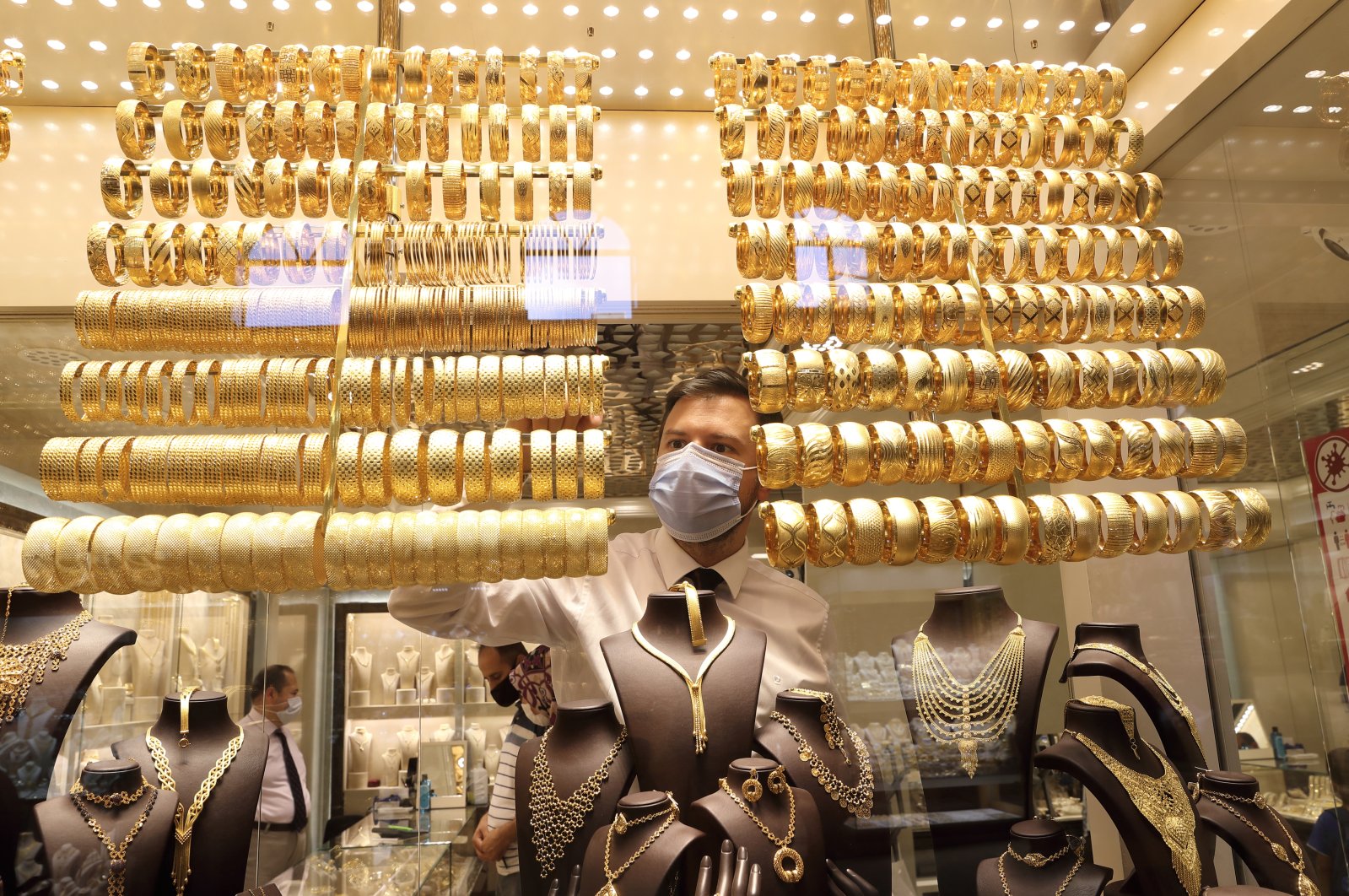 A goldsmith wearing a protective face mask arranges golden bangles as the other talks to customers at a jewelry shop at the Grand Bazaar in Istanbul, Turkey, Aug. 6, 2020. (Reuters Photo)
by DAILY SABAH Sep 13, 2020 1:01 pm
RECOMMENDED

"God willing, we want to reach 100 tons of gold production within the next five years," Dönmez said in a statement Saturday.

Turkey’s gold production in 2019 peaked at 38 tons, according to the Turkish Gold Miners Association.

Prior to the outbreak, estimates pointed to it reaching 45 tons by the end of this year, thanks to encouraging private sector investments and the number of production facilities that became operational at the beginning of 2020.

Dönmez said mining activities have rebounded since July after the country lifted most of its lockdown measures as of June.

"For many years, we have had annual imports of about $8 billion (TL 59.81 billion) to $10 billion in gold. We have taken aerial X-rays of every angle of Turkey using aerial geophysical imaging, which we started in 2017 and completed in 2018," the minister said.

"From our annual drilling activities, we also have also determined the reserves of certain mineral assets besides gold, determined the delineations of the relevant region, and operated the field, bringing it in line with the economy."

Turkey produced a total of 338 tons of gold between 2001 and 2019; however, based on scientific studies, potential reserves total 6,500 tons, from which 1,500 tons have been extracted so far, according to the association.

"There was almost no gold production in our country before 2000. We reached the current production rates after the 2000s," Dönmez said.

Turkey imports an average of around 150 tons of gold per year, the minister said, noting that the amounts paid for the imports would significantly drop once the country reached its production target.

"We need to extract the gold that exists in our land. Just like America, Canada, Australia and other countries have done. In Turkey, we now follow the same procedures as developed countries in gold extraction," he said.

"We see that gold imports play an important role in the formation of the current account deficit. For example, in 2019, we imported $12.5 billion worth of gold. After processing pure gold, we have exported gold worth $7 billion. The net deficit is $5.5 billion," Dönmez said.