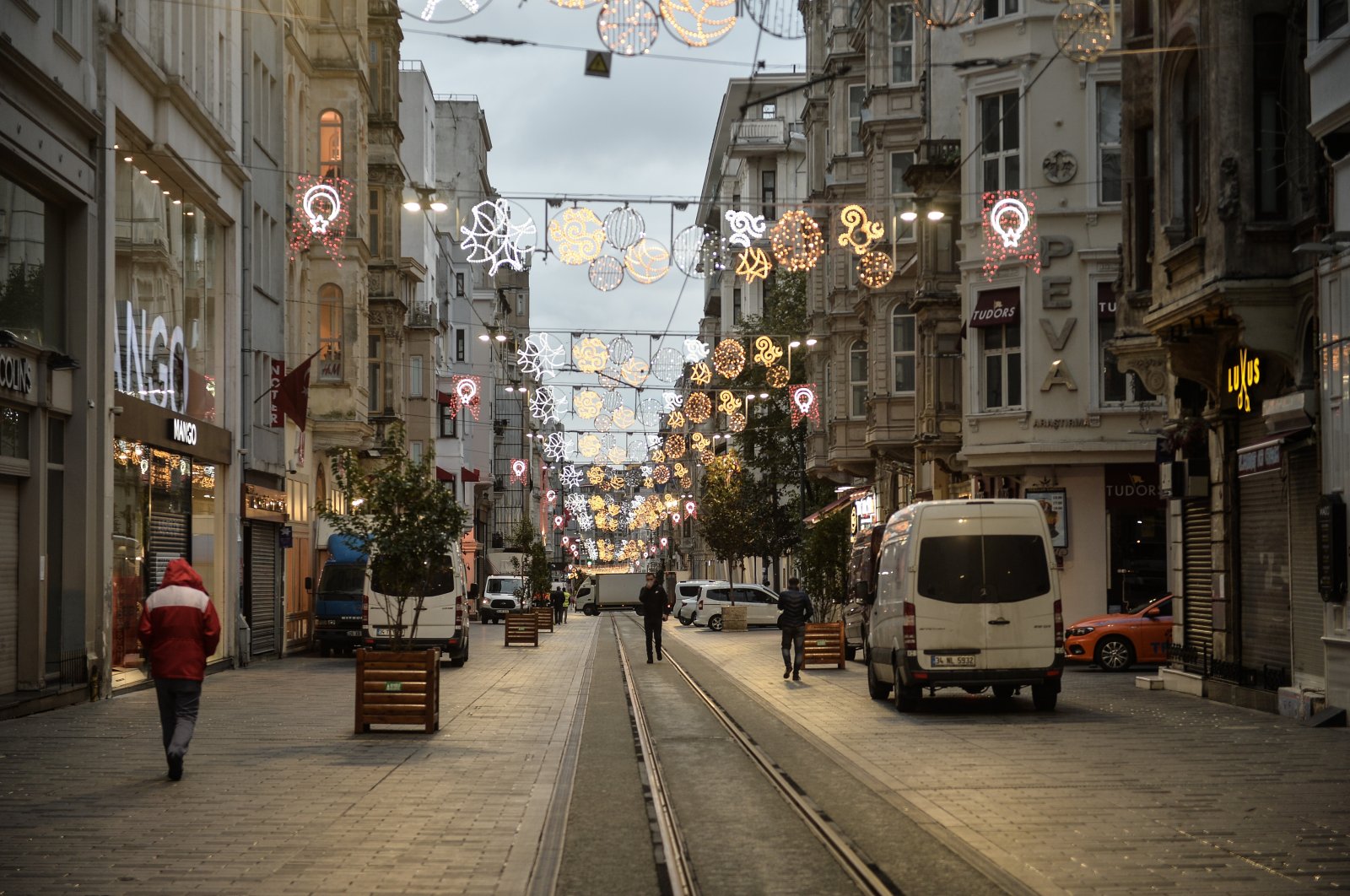 Turkey is soon set to launch a new support package to cushion the effects of COVID-19 on the economy and help tradespeople survive the second wave of the pandemic, which has brought with it new restrictions, such as partial curfews.

Pekcan said that the ministry is aware that the rising number of infections deepens the problems tradespeople face as they work to keep their businesses afloat, noting they are already working on using public reserves in the most efficient way.

She expressed that besides public reserves, the ministry has contacted global firms to initiate mutual support offered in the firms' social responsibility projects.

The minister emphasized that tradespeople are eligible for interest-free or low-interest credit cards via state lender Halkbank and through Turkey's Merchants and Craftsmen Credit and Sponsorship Cooperative Unions Central Union (TESKOMB) within the scope of the ministry budget and related legislation. Grant support has already been allocated in the eastern provinces of Adıyaman and Elazığ, as well as in central Malatya, northern Giresun and western Izmir provinces due to natural disasters, including two earthquakes that hit Izmir and Malatya, she said.

"We, as a ministry, have projects in this regard. We had conveyed our demands to the Treasury and Finance Ministry to allocate similar grant payments for rent, electricity, water and natural gas payments of the tradesmen across the country and the negotiations are ongoing," Pekcan said.

The latest infection wave has prompted the government to adopt new curfews for weekends and for certain age groups, as well as limit the working hours of some businesses, including restaurants, cafes and shopping malls.

The measures became effective last Friday. Under the new restrictions, cinemas will be closed and schools will return to online education for the rest of the year.

A partial weekend lockdown will be imposed nationwide until further notice. Turkey’s daily COVID-19 death toll hit a record high of 161 on Tuesday, bringing the total toll to 12,672, according to data from the Health Ministry. The data showed 7,381 new COVID-19 patients were recorded in the country, raising the overall count to 460,916. So far, 381,569 patients have recovered.

The number of tradespeople whose businesses are directly or indirectly affected by the second wave of measures has already exceeded 650,000, and economic officials are considering a new set of short-term allowances, which were provided during the first wave of the pandemic, a report by Turkish daily Dünya said Wednesday. There are over 2 million tradespeople in the country, according to Trade Ministry data.

To date, TL 21.7 billion ($2.73 billion) has been paid to about 3.5 million workers as part of the package. Some TL 5.1 billion was also paid to 2.4 million employees in financial support allocated within the scope of unpaid leave.

The government pays up to 60% of the average gross income of employees to compensate for working hours that have been reduced due to the pandemic. It makes direct transfers – within the range of TL 1,752 to TL 4,381 – into the employees' bank accounts.

The report said a large portion of the tradespeople's primary income-earning enterprises was postponed to the final quarter of the year in April due to the unforeseeable circumstances.

The enterprises whose tax and withholding payments were postponed face a cash crunch again, now having to pay back what was spent on the six-month nonpayment credits they used at the time.

As part of the relief package announced in March, the government provided financial support to cushion the economic fallout from the outbreak. It had slashed taxes for hard-hit sectors and unlocked funding for workers. As part of measures to support businesses, the country had postponed debt payments and reduced the tax burden on various sectors.

Meanwhile, according to data by the Confederation of Turkish Tradesman and Craftsman (TESK), the number of tradespeople businesses registered in January-September of this year jumped by 30.9% year-on-year to 312,205 from 238,416 in 2019.