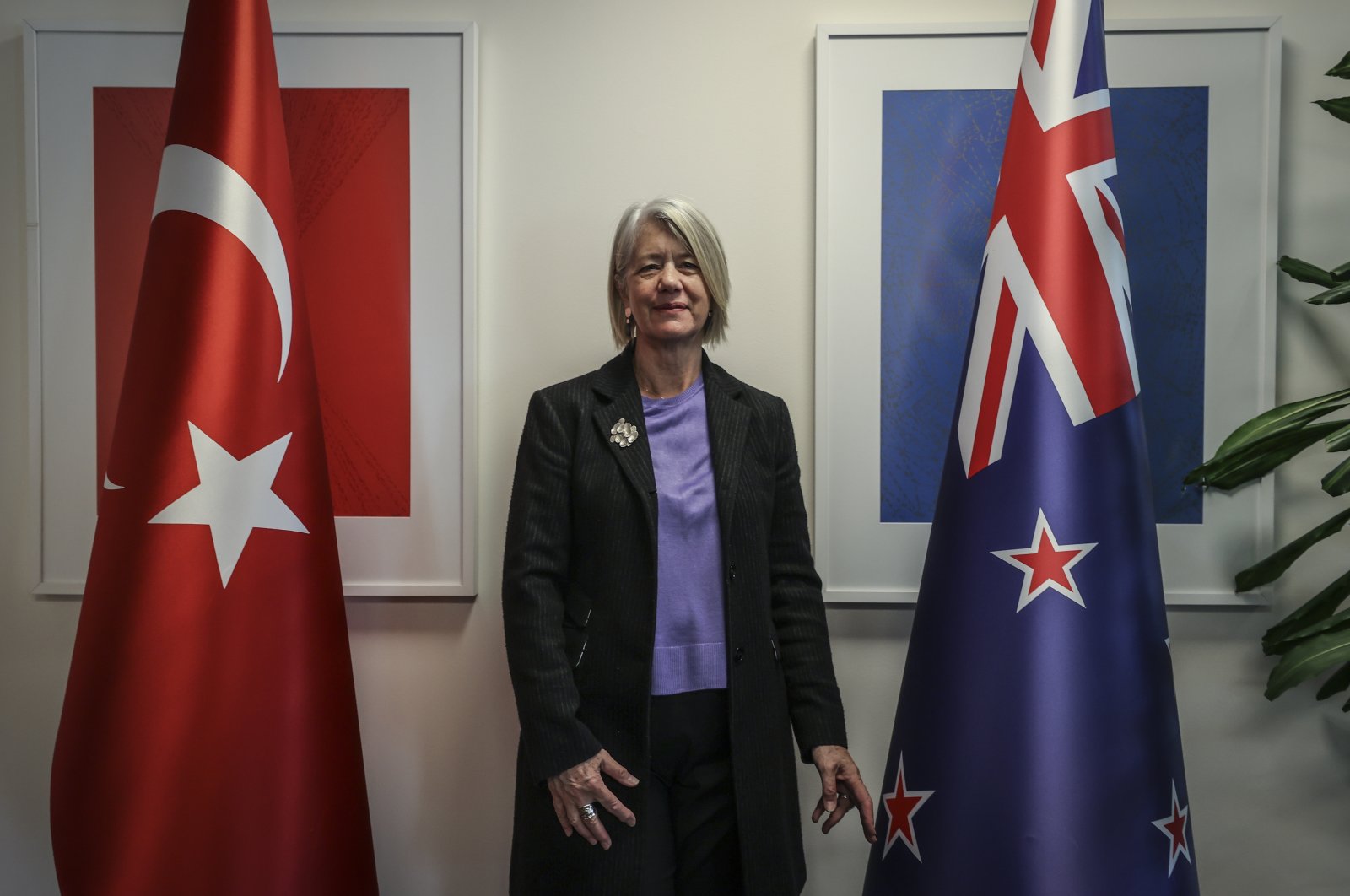 Moreover, there is a lot to learn from the island nation's success in combatting the coronavirus.

In a wide-ranging, exclusive interview with Anadolu Agency (AA) published on Tuesday, New Zealand's Ambassador to Turkey Wendy Hinton talked about Wellington's COVID-19 strategy, its response to the outbreak and bilateral relations, among other topics.

Hinton, on relations between the two countries, said that over time a friendship has developed and every year, “Outside of the COVID-19 times, a lot of New Zealanders and Australians come to Gallipoli for annual commemorations on the 25th of April,” where their ancestors who fought alongside the British were buried, even though the nation did not necessarily want to be involved in the campaign.

“It's a huge thing in New Zealand folklore, to be able to come and walk the path that predecessors had walked. Many people have had family members who served in those troops in 1915, who were wounded, who died, who were otherwise scarred by that experience,” Hinton said, adding that every year, they are welcomed by Turkish hosts.

The ambassador stressed that they want to “turn this friendship into something more substantive” since the two countries currently have a small trading relationship.

Hinton, who said the entire relationship should be elevated through greater engagement, something they are doing now, noted: “We're engaging in several webinars involving DEIK – the Foreign Economic Relations Board of Turkey. They've been very supportive.”

“New Zealand and Turkish companies have been brought together online, and it's beginning to get a little bit of momentum so I'm looking forward to that,” she said.

Hinton also noted that Turkey's allies in the region are now also looking to become part of the equation.

“They’re interested in working within a sort of trilateral relationship,” she added.

“We have been working hard on that and we've got partners back in New Zealand and different agencies such as the New Zealand Trade and Enterprise, Export New Zealand, Business New Zealand, and a number of other agencies as well as private sector companies working with us to try and build that relationship to a level delivered it should be,” Hinton said.

On whether specific sectors are looking to do business with Turkey, the ambassador said that New Zealand is a leader in agro-technology, on which they have worked with DEIK in the past and other agricultural enterprises that DEIK is very keen on.

Specialized communications technology, renewables and sustainable energy are other areas of niche expertise for New Zealand.

“We have a company for example in the North Island of New Zealand, which sells frost fans for horticultural and they are selling successfully to Turkish customers,” she said, stressing that “when you bring people together, these niche markets develop.”

Hinton added that Turkish businesses can request to be put in touch with New Zealand companies and the country's trade agency from agencies like DEIK.

She noted that the emphasis on promoting business-to-business links has just started and that it will gradually grow.

“We're also going to have some joint economic discussions early next year. It's a government-to-government process called the JEC – the Joint Economic Commission,” the ambassador said, along with some online discussions.

Commenting on the COVID-19 outbreak and related developments in New Zealand and Turkey, Hinton said the country has been successful in its fight against the outbreak as they have the advantage of being a small island nation at the bottom of the world.

“We don't see it in those terms, but, nevertheless, we're a long way from anywhere and we have a complete maritime border. It was relatively easier for us to shut down those borders and devise strict protocols around people coming into New Zealand,” she said, noting that the country completely closed its borders until a relaxation period when people were allowed to enter the country but made to undergo a 14-day quarantine.

“They had to get tested for COVID-19 during that time. And once they had two negative tests, they could leave isolation, and come into New Zealand,” Hinton explained.

She said that in some parts of the country the government imposed strict lockdowns for a few weeks which was tough on people but “that is what helped contain COVID-19 in New Zealand.”

There are currently about 66 active cases of COVID-19, she said “and most of those, in fact, all of those have been detected at the border among people coming by air into the country.”

Commenting on the pandemic’s effect on the economy, Hinton said that just as in Turkey, it has been tough on businesses that rely on consistent income throughout the year.

“So, during the lockdowns, many businesses have suffered from economic losses.”

She explained that the government has put certain wage subsidies in place to ensure continuity and regional development work to try and stimulate businesses in the region.

“We have tried to stimulate tourism, our top export.”

“Although we're going to suffer a small loss on predicted economic growth for the year,” Hinton said, “it's been tough on individual businesses.”