Turkey-Nigeria trade primed for major growth over next few years 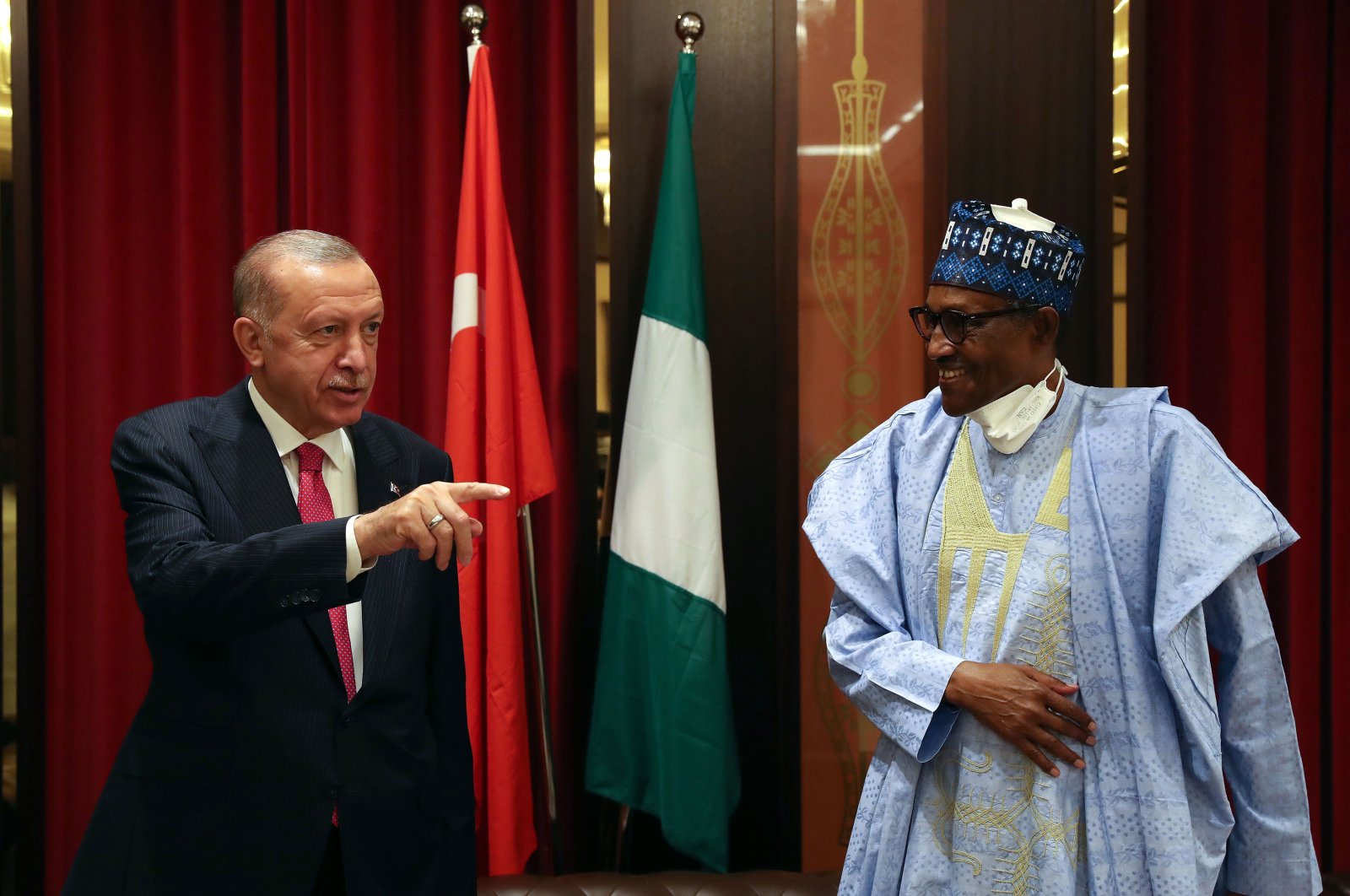 Trade between Turkey and Nigeria is set to more than double over the course of the next few years, according to Nigeria’s top trade official.

Richard Adeniyi Adebayo, Nigeria’s industry, trade and investment minister, said the exchange of goods with Turkey will rise dramatically from its current level of $2 billion.

The official called the forum a “step in the right direction.”

The two-day event, organized by Foreign Economic Relations Board (DEIK) in association with the Trade Ministry and African Union Commission, hosted around 3,000 African and Turkish businesspeople as well as government ministers and other top officials from 45 African countries.

“I believe it will bring our countries closer,” Adebayo told Anadolu Agency (AA). “And I also believe that it gives us an opportunity to discuss the various areas of interest, especially trade opportunities, that exist between both countries.”

It marked the Turkish leader’s second visit to Nigeria since 2016. It is the country Turkey sees as one of the biggest trade partners on the continent and one with which it currently enjoys a trade volume of more than $2 billion.

The common goal is to increase the trade volume to $5 billion, Erdoğan announced during his visit.

Turkey has had ties with Nigeria since it gained independence in 1960, said Adebayo, adding that they have grown closer with the good relationship between Erdoğan and Nigerian President Muhammadu Buhari.

Direct flights have enabled many Nigerians to visit Turkey to shop for the holidays and for medical tourism, he said. The countries will grow closer still, he added.

The Turkish investments in Africa are “very different” than the Chinese ones, said Adebayo.

“I’ve been in discussions with various Turkish industrialists and investors, and they were interested in coming to do business in Africa. They are prepared to give long-term facilities to the African continent,” he noted.

Adding that Turkey is unique in that it straddles both Asia and Europe, Adebayo said the Asian side “complements the Islamic side of Africa.” On the European side, he said Africa also has “European roots due to colonization.”

Asked whether Nigeria was interested in Turkey’s high-performance armed drones, Adebayo said they are in discussions with the Turkish Defense Ministry.

The issue was also discussed during Erdoğan’s visit, he said, adding that they are “exploring the Turkish defense industry.”

The African powerhouse was recently reported to have been interested in the landmark Turkish unmanned combat aerial vehicles (UCAVs), which have drawn great attention after their successful use in international conflicts.