Turkey optimistic about ending 2020 with positive growth despite pandemic 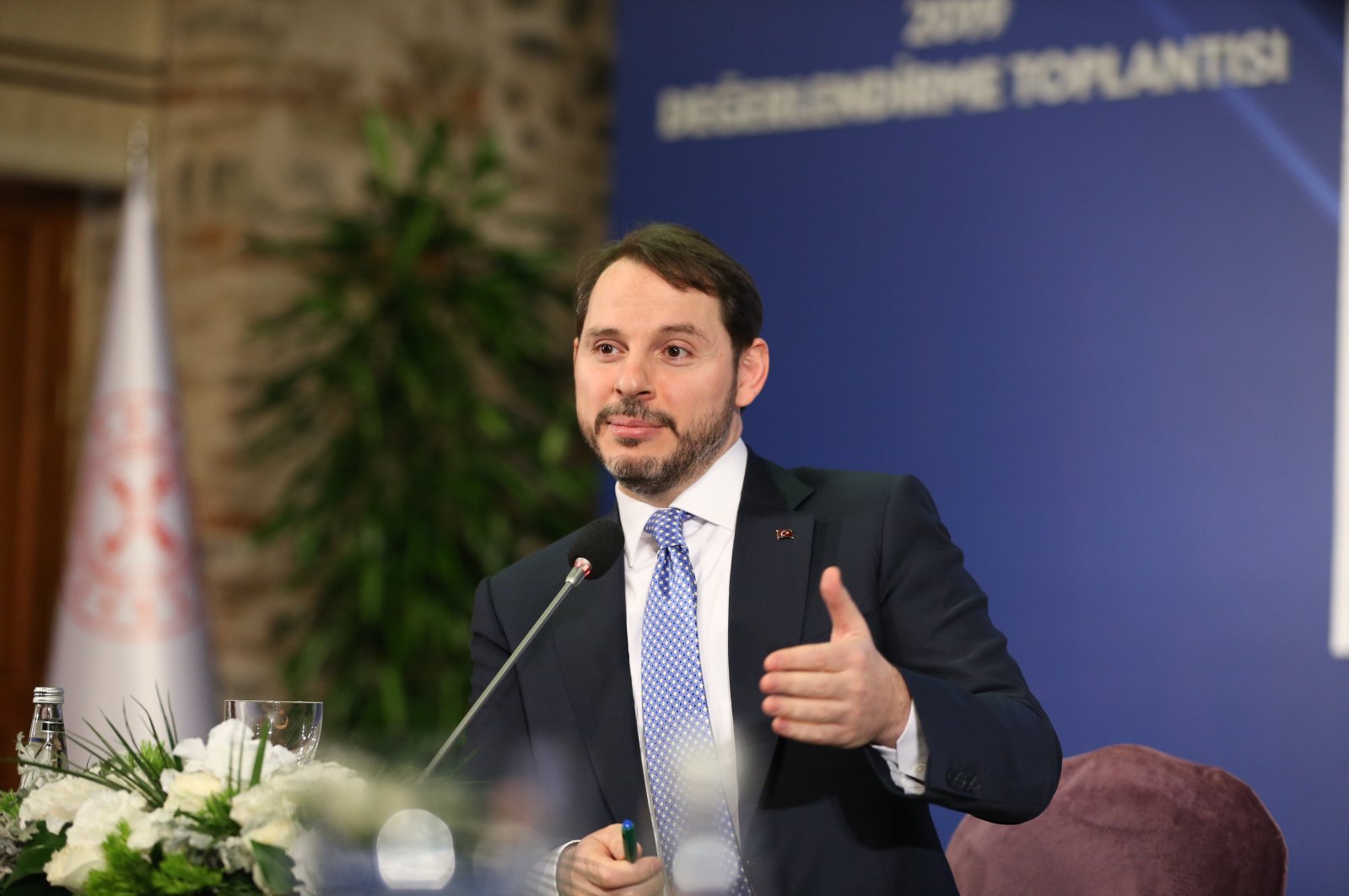 Treasury and Finance Minister Albayrak said a gradual buoyancy would emerge in exports, trade, tourism and the domestic market in June and July, also noting that new financing packages would be announced

Turkey is seeking to end the year with positive economic growth despite negative forecasts due to the coronavirus pandemic, the country's treasury and finance minister said Wednesday.

“Despite this crisis, instead of contracting 5% to 10%, God willing, we will see positive growth at the end of this year,” Berat Albayak said in an interview with state broadcaster TRT Haber.

With the first COVID-19 case detected in Turkey in mid-Mach, the impact of the pandemic was significant in April.

Albayrak said the country will be one of the least affected countries by the outbreak in terms of employment and growth, noting that the Turkish economy is projected to post growth in the first quarter of the year as the Turkish Statistical Institute (TurkStat) is to release gross domestic product (GDP) figures from the January-March period on Friday.

The economy is expected to have grown 5.4% in the first quarter of the year, displaying strong momentum, according to the median estimate in a Reuters poll of 14 economists, while an Anadolu Agency (AA) survey projected an average of 5.2% year-on-year growth.

Turkey rebounded strongly in the fourth quarter of 2019 after three weak quarters, growing 6% year-on-year and nearly 1% the year as a whole. In the first two quarters, it had contracted 2.3% and 1.6%, respectively, on an annual basis. In 2018, the economy posted an annual growth rate of 2.8%, narrowing in the last quarter.

The median estimate in the Reuters poll of 12 economists for annual GDP growth was for a contraction of 0.75% due to a downturn brought on by the coronavirus outbreak, with estimates ranging between a contraction of 5.5% and expansion of 0.9%. The economists in the AA survey predicted that annual GDP would narrow 1.5% on average, the highest at minus 0.9% and the lowest at minus 5%.

While many countries are expected to see a serious recession in the second quarter of this year, Turkey will be less affected compared with others, Albayrak said.

Pointing to the Economic Stability Shield relief package the government unveiled this March to help companies cope with the economic fallout of the virus, Albayrak said the value of the relief package has reached TL 260 billion ($38 billion) so far.

The minister recalled that with the multiplier effect, the size of the bailout package had hit nearly TL 600 billion ($89 billion), equivalent to 10%-11% of the country's GDP.

He stressed that normalization after the coronavirus crisis will start in Turkey as of June, like in many other countries. "We are entering a period where gradual buoyancy will start in exports, trade, tourism and the domestic market in June and July," he said.

Albayrak also said the country is in talks with several countries over possible swap agreements, saying the initiative was part of Ankara’s campaign to prioritize trading in local currencies.

“From now on, we will look at our local currency trade, and we are holding talks with several countries on swaps,” the minister said.

Stressing that Turkey is conducting talks to establish swap lines with many countries, he said, "We should consider swap matters in the context of trade in local currencies," which the country prioritizes.

Without specifying whether Turkey was actively discussing swaps with all of them, Albayrak mentioned the United States, China, Japan, South Korea, Malaysia and India. “This is about the bilateral trade between two countries, based on the ties they have developed,” he said.

Last week Turkey tripled its existing currency swap agreement with Qatar to $15 billion equivalent from $5 billion. The Central Bank of the Republic of Turkey (CBRT) said the deal with its Qatari counterpart aimed to facilitate bilateral trade in local currencies and support the financial stability of the two countries. Under the facility, swaps are conducted in Turkish lira and Qatari riyal.

"Turkey will pursue policies based on production and borrowing with local currencies," Albayrak underlined.

He noted that the country will take steps to ensure that local markets and domestic demand are rapidly revived in the post-pandemic era.

"We will announce financing packages to normalize the domestic market," Albayrak said.

The new financing package is aimed at supporting housing, tourism and domestic production, according to a report by CNN Türk Thursday, while it will also aim to provide support to citizens in need, retirees, workers and middle-income families.

The loan support planned by the public banks is said to involve a grace period, followed by installments in the aftermath.

The financing is expected to be provided during purchases of domestically produced goods such as furniture, electronics, appliances, bicycles, motorcycles and home textiles.

Looking to stimulate the tourism industry, the financing is said to provide convenience to citizens wishing to go on a vacation. Among others, it is said to be a long-term and low-cost housing loan to be provided to the middle-income group.

The new financing package could be announced Friday by public banks and become effective as of Monday.