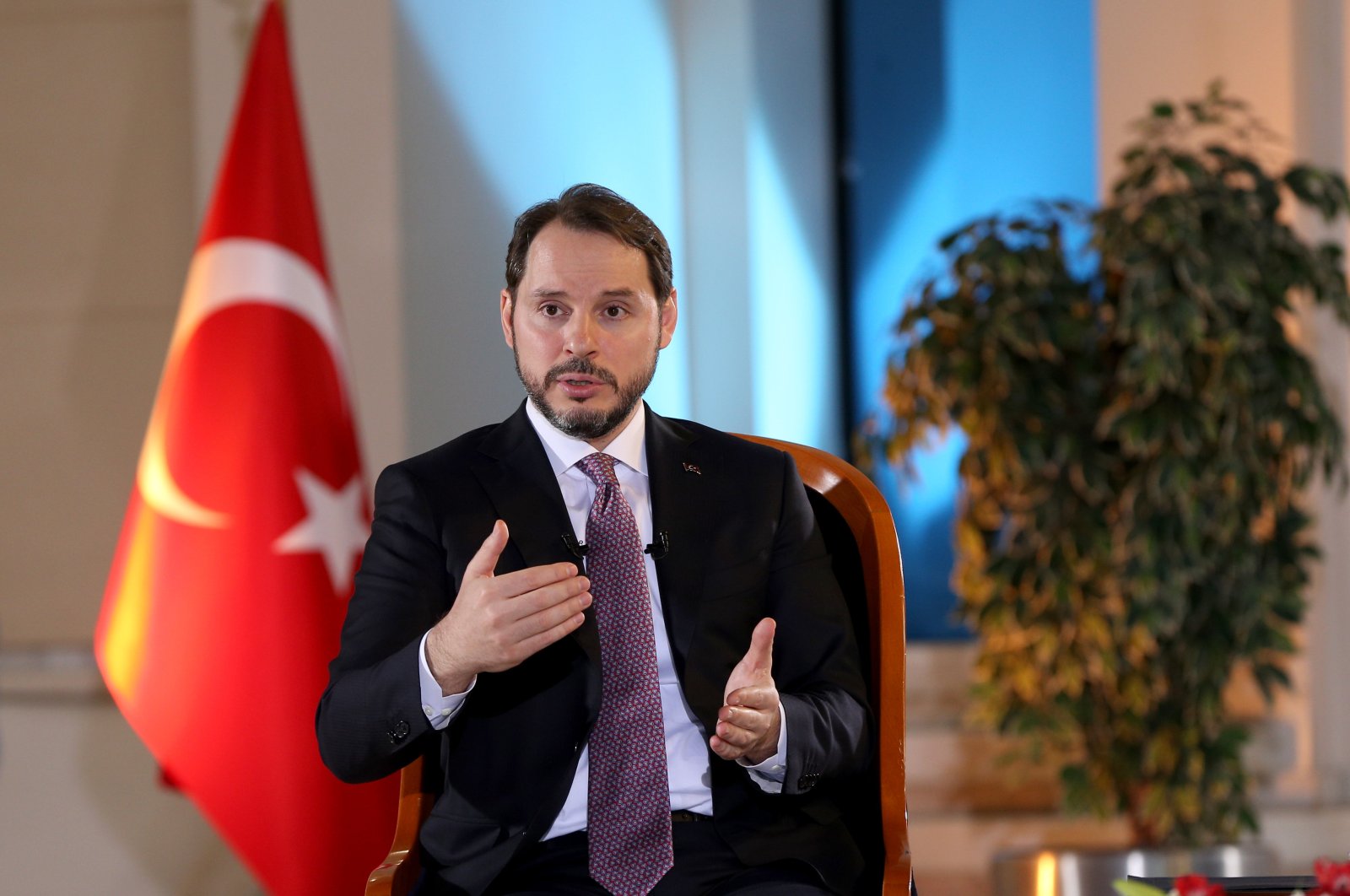 Turkey postponed TL 40.6 billion (nearly $6 billion) worth of housing, consumer, vehicle and credit card loans for a total of 795,000 citizens, in moves to shield the public from the effects of the economic fallout caused by the coronavirus pandemic, Treasury and Finance Minister Berat Albayrak said Sunday.

In a video posted on his Twitter account, Albayrak has also said the public banks, Ziraat Bank, Halkbank and VakıfBank, had allowed commercial and corporate enterprises to delay credit payments worth TL 20.5 billion.

Meanwhile, he called on private banks to do more to help customers hurt by the economic impact of the coronavirus, saying that state-owned banks had offered delays in repayments for loans.

“While our state banks are standing by our citizens with all the resources they have, we are utterly saddened by the attitude of the privately held banks,” Albayrak said.

“I, once again, invite private banks to be a part of our unity and solidarity during these times with their attitude,” he added.

The country last month introduced a TL 100 billion stimulus package – the Economic Stability Shield – to safeguard individuals and firms against the economic fallout of the pandemic. The government has introduced financial support for families with low income, launched a donation campaign and also offered state-guaranteed loans for companies and small businesses.

Albayrak said in the video that 290,000 tradesmen had applied for TL 25,000 in support financing, noting that the processing of 163,450 applications had been completed and that nearly TL 4.1 billion's worth of financing had been allocated.

“More than 4.2 million citizens have applied for the individual support package. Over TL 1.5 billion has been allocated to over 250,000 of our citizens,” Albayrak said.

As of Friday, Albayrak said 66,171 companies had applied for "Support to Continue Working" financing backed by the Credit Guarantee Fund (KGF) on the condition that they retain employees.

“The processing of 34,858 companies has been concluded and the financing of TL 29.558 billion has been allocated. Our SMEs constitute 96% of the firms to whom the financing was allocated,” Albayrak stressed.

Turkey's coronavirus death toll has risen to 1,198, with 97 new deaths and 481 recoveries, according to an announcement by the Health Minister Fahrettin Koca late Sunday.