Turkey, Qatar after even stronger ties as they ink 10 new cooperation deals 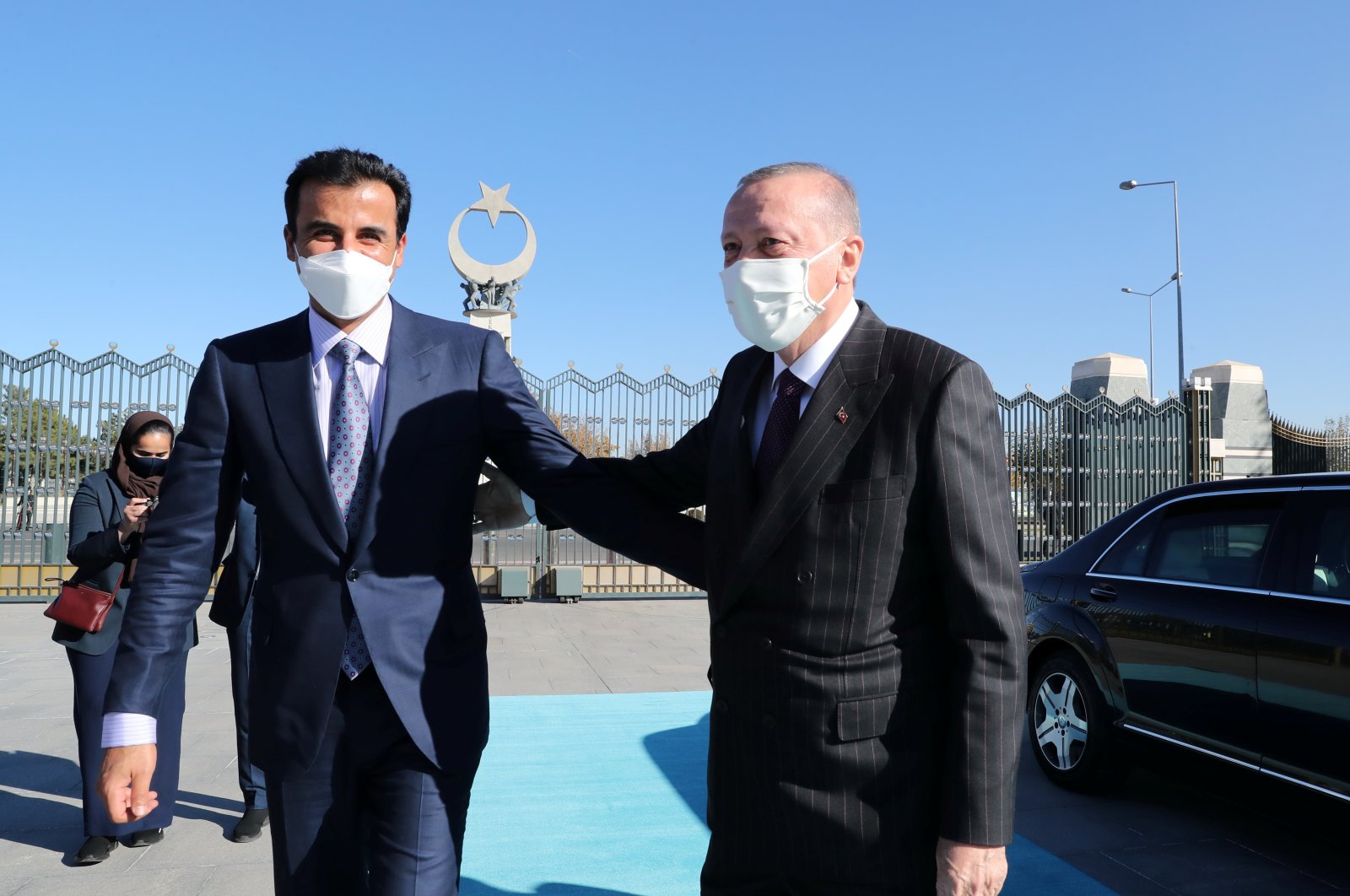 The deals were signed after the sixth meeting of the Turkey-Qatar Supreme Strategic Committee that was held in the capital Ankara and chaired by the leaders of the two countries.

The 10% sale of shares of Turkey's stock exchange Borsa Istanbul topped the list of agreements made during the day.

The deal was signed by Zafer Sönmez, CEO of the Turkey Wealth Fund (TWF), and Mansoor bin Ebrahim Al-Mahmoud, CEO of the Qatar Investment Authority (QIA), the sovereign wealth fund of the Gulf state.

The TWF is the majority shareholder of the country's sole stock exchange. After the sale, the fund will continue holding 80.6% of the Borsa Istanbul shares.

Another agreement was inked to transfer shares of one of Istanbul’s most prominent malls, IstinyePark.

A memorandum of understanding (MoU) was signed for joint investment in the Made in Istanbul Golden Horn Project.

The transfer and purchase of shares of the Middle East Antalya Port Operators from Turkey's Global Ports to Qatar's Terminals W.L.L. were also agreed upon.

Another deal was reached on the establishment of a joint trade commission between the two countries.

A statement of intent was signed for an exchange program for diplomats of both countries.

The two allies’ close economic ties strengthened significantly after a Saudi-led embargo on Qatar. Ankara emerged as one of Qatar’s top partners since the Saudi Arabia-led bloc launched a trade and diplomatic boycott of the Gulf state in 2017, sending additional troops and food to meet Qatar’s needs just after the embargo began.

The two countries have strengthened military and economic ties in recent years and had signed a total of 52 agreements and five joint declarations prior to Thursday’s meeting.

With the latest meeting, the total number of agreements has risen to 62.

In previous meetings, the committee reached a consensus on many significant issues in the fields of economy, industry, safety, investment, energy, culture, intellectual property, education and youth.

According to data from the Turkish Embassy in Doha, the trade volume between the two countries increased by 6% to $1.6 billion so far in 2020.

A total of 553 companies from Turkey operate in many areas in Qatar, while the value of projects completed by construction companies in the country has reached $18.5 billion. Around 179 Qatari companies are carrying out operations in Turkey.

Turkey is also gaining popularity among Qataris as a tourist destination as the number of visitors from the country increased to 110,000 in 2019 from 30,000 in 2016.