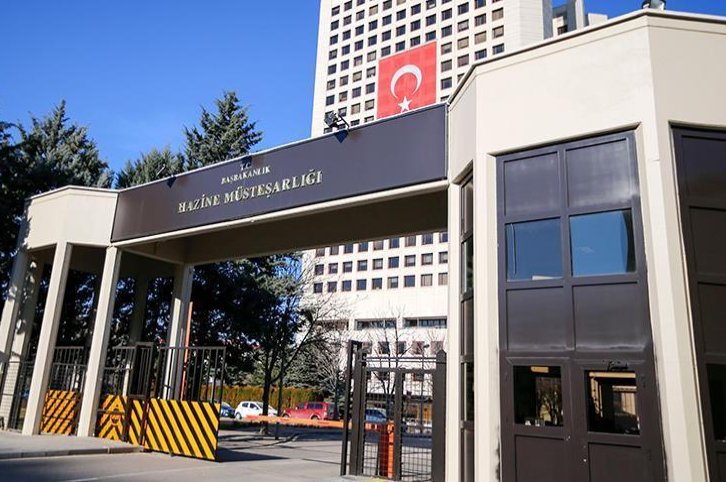 Turkey's Treasury and Finance Ministry announced on Tuesday that it had reached a deal with the international central securities depository Euroclear Bank to enable greater investor access to the local government bond market.

The agreement will increase international investors’ access to the Turkish lira, euro, dollar and gold denominated local government debt issues, the ministry said in a statement.

By making those domestic borrowing instruments “entirely ‘Euroclearable,’ we have further aligned our capital market framework with the globally recognized standards,” Treasury and Finance Minister Berat Albayrak was cited as saying in a statement published by Brussels-based Euroclear.

Euroclear Bank said that with the agreement Turkey was launching a "Euroclearable" link and could benefit from access to wider liquidity pools while also reducing the overall volatility of borrowing costs.

“We are extremely pleased to be part of this watershed moment for the Turkish capital market. This has been a multi-year journey with Turkey to help establish the appropriate market conditions to achieve Euroclearability,” said Stephan Pouyat, global head of capital markets at Euroclear.

"This is the result of a long-standing relationship we have built with the Ministry of Finance and the competent authorities to align the needs of the Turkish market and those of the global investment community," he added.

Albayrak said the deal was an important milestone for the Turkish capital markets. “Being able to tap into the liquidity provided by international investors through Euroclear is important for the continued development of our local debt markets,” Albayrak said.

"Under the Istanbul Financial Center objectives, we are continuing our steps to ensure the compliance of capital markets with international standards," the minister added.

The project, expected to be completed as of early 2022, will serve as a global hub for financial systems and nonbanking financial methods, including Islamic finance.

Thanks to the cooperation with Euroclear, foreign investors will be able to access Turkey's bonds more easily, Albayrak added.

According to Euroclear, countries achieving "Euroclearability" can potentially benefit in a number of ways, including foreign investors accessing the local market in a more secure and standardized way, local issuers have enhanced access to wider liquidity pools and can realize a potential reduction in the overall volatility of borrowing costs.

According to a PwC study released last year for countries that have recently obtained "Euroclearability," the potential gain from lowering borrowing costs is associated with a gross domestic product (GDP) boost of $3.8 billion over 10 years.