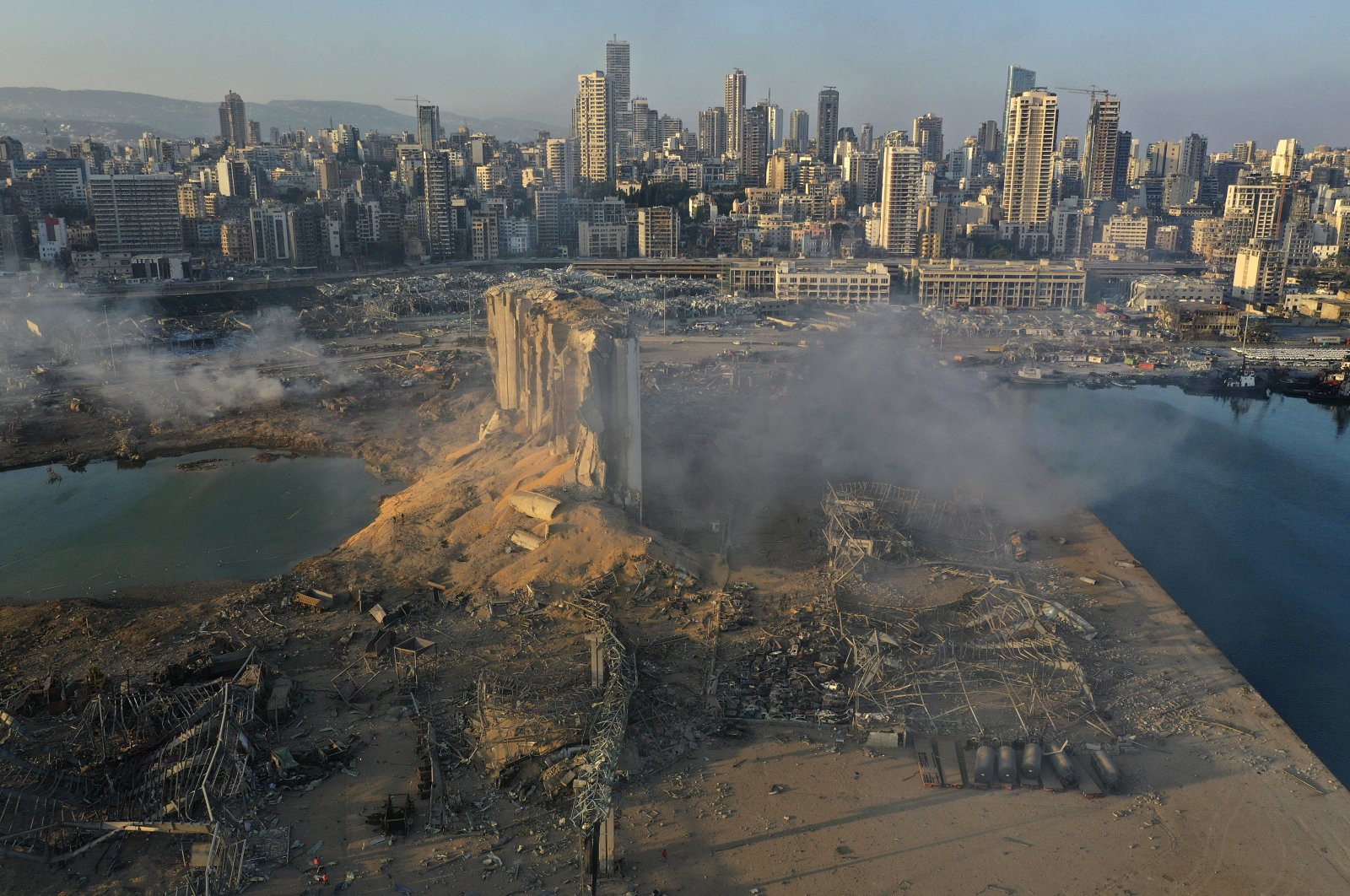 Turkey has conveyed to the Lebanese government that it is ready to rebuild the Port of Beirut, which was damaged in a massive explosion last year that left Lebanon without its major export facility, a Turkish trade official said Wednesday.

The Mediterranean country, whose capital city was once dubbed the Paris of the Middle East, has been in economic havoc for almost three years due to the long-enduring effects of Lebanon's former civil war, regional conflicts and political instability.

The recent economic crisis first surfaced in October 2019 and further deepened in August 2020 when the explosion – which left over 100 dead, injured thousands and damaged at least 3,900 buildings and over 4,000 vehicles – occurred. According to estimates, the blast's total economic cost is around $15 billion.

Akkuş said Turkey has an experienced construction sector that operates globally and can be a good candidate for the port construction, although Lebanon is also in negotiations with France and China.

Commenting on bilateral trade relations, he noted that approximately $200 million of exports from Turkey to Lebanon were made during the first two months of the year. “We may achieve $1 billion in exports through this year,” he said

The close proximity of Iskenderun and Mersin ports in Turkey’s southern shores allows easy and fast transportation possibilities to the Beirut port.

Saying that trade diplomacy can be improved with mutual steps, Akkuş said a Turkish businessperson opening a factory in Lebanon could also export its products to all other Middle Eastern countries due to Lebanon's free trade deals in the region.

Speaking on the general economic outlook in the Levantine country, Akkuş said $1 is currently traded for 18,000 Lebanese liras at currency exchange offices, and that the central bank is close to no longer being able to subsidize its fuel and medical sectors.

Saying that there are now crippling electricity cuts reaching up to 18 hours a day, Akkuş noted that the total cost of the economic crisis that started in October 2019 is now estimated to be around $100 billion.

He went on to say that the country needs every kind of assistance possible from global actors, which increases the urgency for a government to be established in order for the state to start receiving financing, including World Bank and International Monetary Fund (IMF) loans.

“There were over 100 banks and a developed insurance system in the country whose population is only 6 million,” he said. “If these banks bounce bank to their previous state, it would greatly contribute for a possible recovery,” he noted.

According to World Bank data, the economic crisis in Lebanon is among the worst three financial crises ever experienced in the world since the mid-19th century.