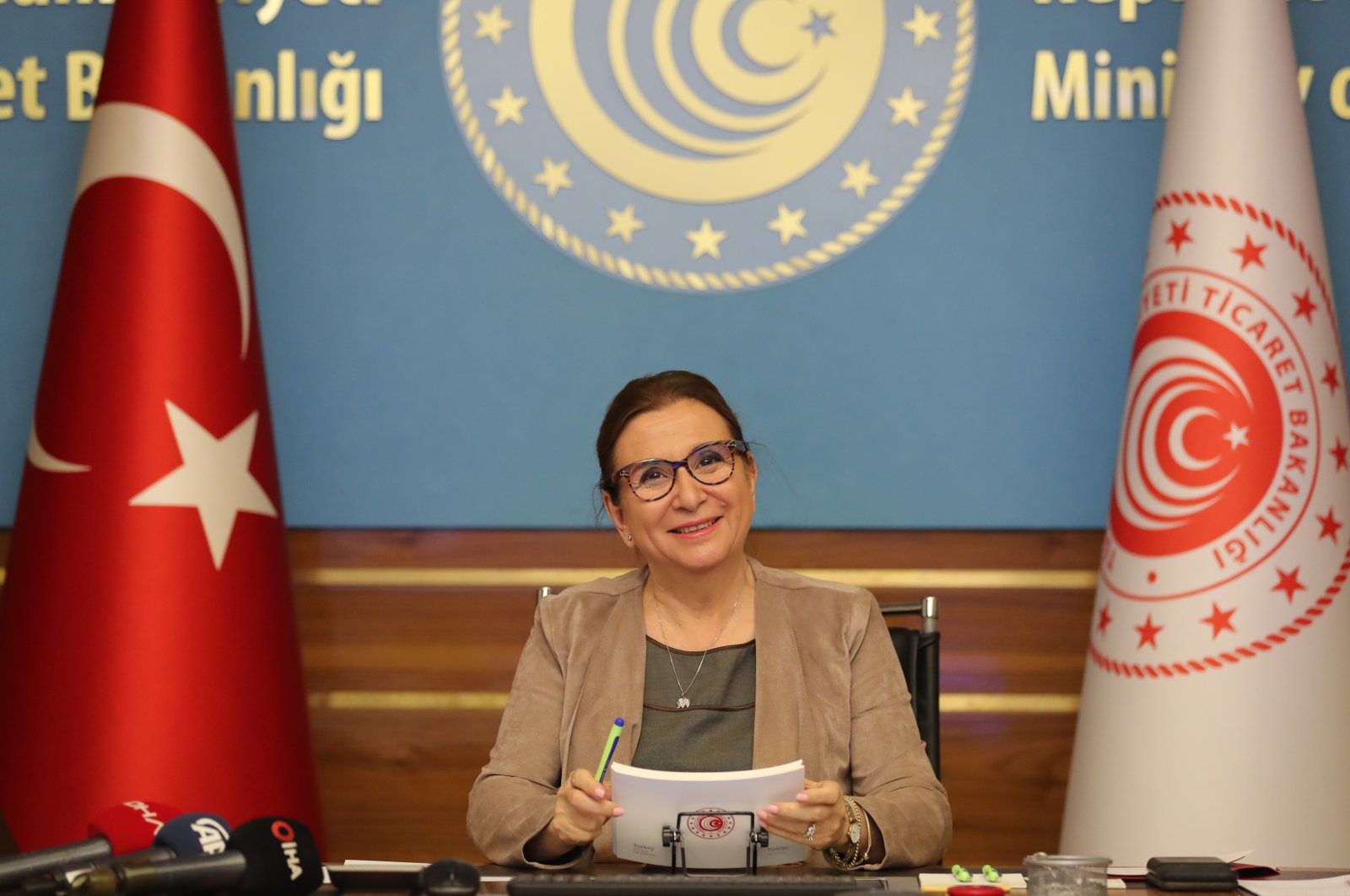 The TL 500 million ($73.5 million) budget allocated this year to support service exports from Turkey can only be used in small amounts in light of the COVID-19 outbreak, Trade Minister Ruhsar Pekcan said Thursday, as the ministry gears up to implement a budget over the course of the rest of the year aimed at assisting the country’s service sector.

The sector has been a source of pride globally, gaining a winning reputation abroad, especially in terms of health services.

Speaking during the meeting held with members of the Service Exporters Association via videoconference, Pekcan said Turkey's services as a net exporter meant the sector enjoyed a solid position globally.

The minister said that some service sectors, however – namely tourism and logistics – would remain those most negatively affected by the coronavirus pandemic, as has been the case around the world. However, there are other service sectors that will receive a boost during this process, with e-commerce being at the top of these.

“Over this period, demand for e-commerce has increased tremendously,” Pekcan said, noting that the ministry would publish electronic commerce statistics over the Electronic Commerce Information System for the first time as of the end of this month.

According to the data of the World Trade Organization (WTO), global service exports last year totaled around $6 trillion, while the minister stressed that Turkey could get a greater share of the market.

Turkey’s surplus of service trade increased by 18.6% last year from $31 billion to $36.9 billion, which Pekcan referred to as a sign that they were on the right track.

"We will continue to work with all our might without compromise to ensure the sustainability of this success and to strengthen our branding capabilities, which we have achieved as a big, dynamic country,” she said. Pekcan noted that the ministry’s efforts are aimed at continuing to support the expenditures for the opening up of sectors such as management, real estate, logistics, gastronomy, retail and hospitality, as well as the movie, TV series and education industries, to international markets and for becoming competitive in these markets. The ministry also aims to maintain support for already successful sectors such as health tourism and informatics, key sectors of Turkey’s service exports.

Within the scope of the ministry’s support programs for service exporters, TL 636 million has been allocated to 1,166 exporters since 2012. Some TL 254 million of this was provided in 2019 alone, while the 2020 budget has been announced as TL 500 million, with only TL 91.5 million of this budget having been used so far.

The quality of the Turkish service sectors has been recognized worldwide. Pekcan noted that one of the sectors with the most potential was the country's health care services, which also came to the fore over the course of the pandemic.

Turkey provided services to approximately 750,000 international health tourists over the course of 2019, while the number of international students in the country reached 172,000.

Turkish TV series are also among the leading service exports as they are watched by approximately 700 million people in 146 countries.

“We are in second place in the TV industry after the U.S., leaving many countries trailing,” Pekcan said.