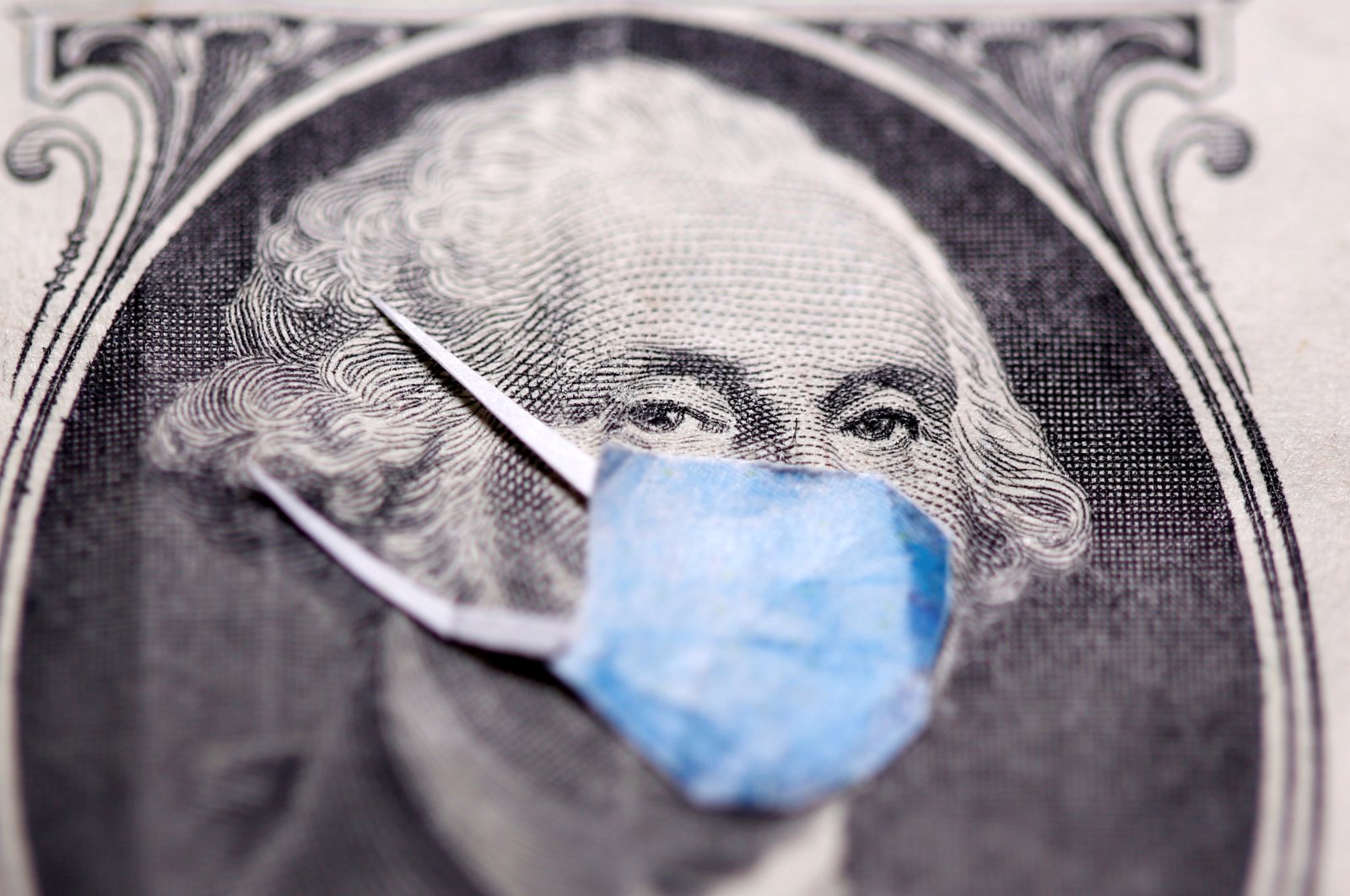 George Washington is seen with a printed medical mask on the one-dollar banknote in this illustration taken March 31, 2020. (Reuters Photo)
by Anadolu Agency Sep 15, 2020 2:20 pm

The figure was up 63% compared to the same period last year, the ministry data showed.

Increasing 10% on an annual basis, the country's budget revenues hit TL 650.5 billion in the first eight months of the year.

Tax revenues stood at TL 510.4 billion, while interest payments were TL 91.6 billion in the same period.

The average U.S. dollar/Turkish lira exchange rate this August was about 7.27, while $1 traded around TL 6.63 on average in the first eight months of this year.