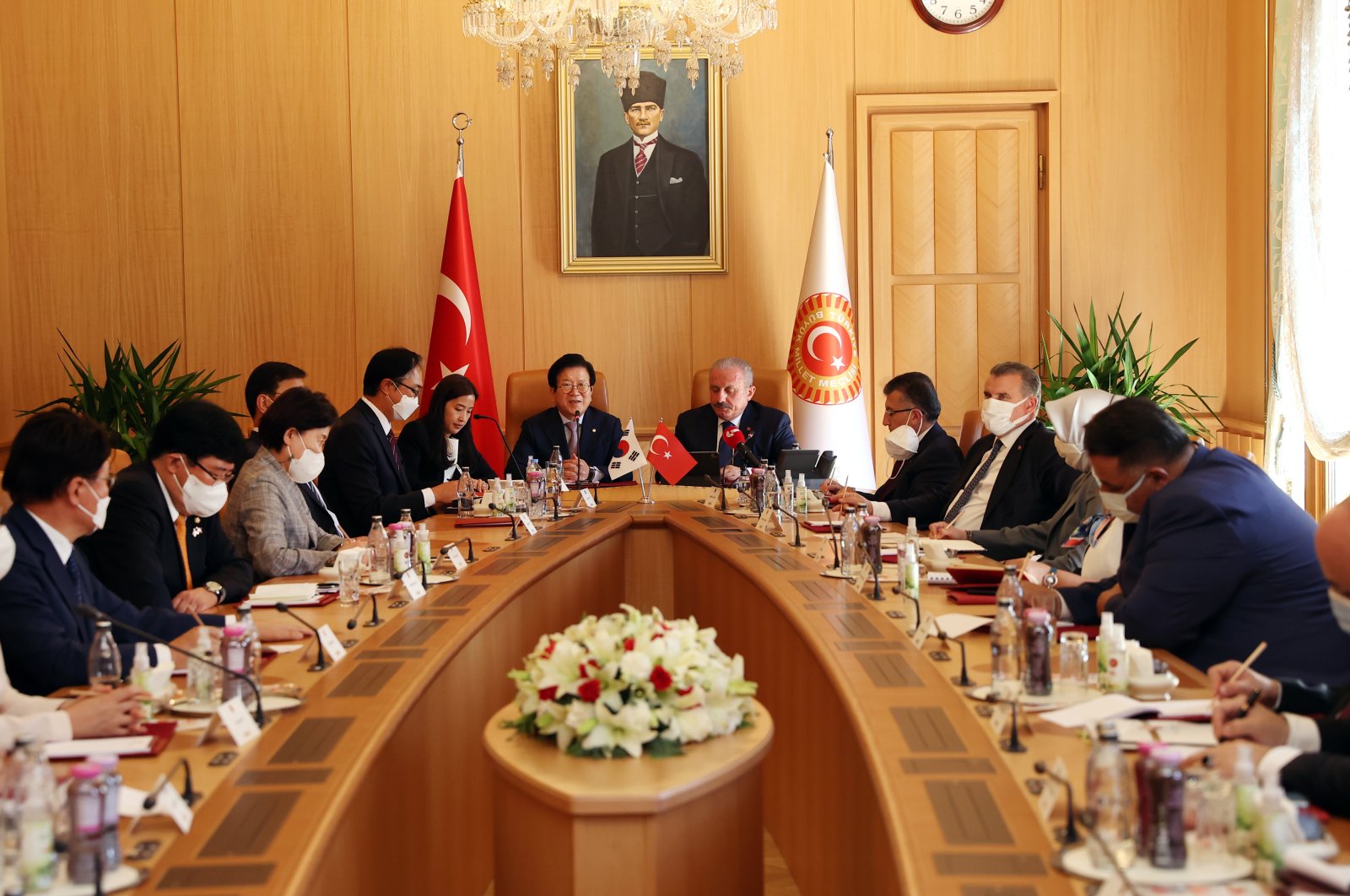 Park’s statements came following his visit to Turkey between Aug. 14-18, on the sidelines of which he met with President Recep Tayyip Erdoğan and was hosted by his Turkish counterpart Mustafa Şentop. Park was accompanied by a delegation that included six South Korean lawmakers.

Park said his team explored with the Turkish side new areas where South Korea and Turkey could cooperate further, including “Smart City, renewable energy and many infrastructure projects in Turkey and third-country markets.”

“The meeting was so fruitful and practical that I hope to continue the discussions on upcoming occasions,” he was cited as telling Anadolu Agency (AA) on Saturday.

“I also had the honor to meet with President Erdoğan, and we discussed many issues including ways to further develop our economic cooperation and also mutual partnership in the world arena such as in Afghanistan,” said Park, referring to the U.S. withdrawal from the war-torn nation and international efforts to stabilize the country.

“Both of us hope that our two countries should have more joint projects in other countries as well. We also talked about expanding cooperation in the defense industry,” he added.

Lawmakers represent the voice and thinking of the people, said Park, who advocates “frequent exchanges and candid discussions” between the Turkish and South Korean parliaments.

“It would contribute to further improvement of bilateral ties between the two countries,” he added.

He said that parliamentary diplomacy is “equally” important as government-to-government exchanges.

“Turkey is the only country in the world that is referred to as ‘Brother Country’ by the Korean people," Park noted.

“When we talk about Korea and Turkey relations, we cannot go without mentioning Korean War veterans,” said the veteran politician.

Park laid a wreath and met five Korean War veterans at the Korean War Memorial during his visit.

“I and the accompanying six MPs were so impressed by their presence and the stories we heard from them,” said Park.

The Korean War erupted on June 25, 1950, as the North invaded the South along the 38th parallel that acted as a border.

The war unofficially ended on July 27, 1953, and because a peace agreement was never reached, both sides are still looking to reach a deal on permanent peace 68 years after the “Panmunjom Cease-Fire Agreement.”

“I sincerely thanked the Korean War veterans for their sacrifices,” said Park. “I strongly believe that they laid the foundation of the current Korean political and economic prosperity. We will never forget the sacrifices and support of our Turkish brothers during the War.”

He said his government was also doing projects for veterans “to present the Korean people’s appreciation.”

He said South Korea and Turkey have been enjoying very good relations since diplomatic relations were officially set in 1957.

The two countries established a strategic partnership in 2012, and the current trade volume is around $6 billion.

Park said Turkey and South Korea are “active in parliamentary cooperation” as they already have established friendship associations in their respective parliaments.

“Mutual visits by the parliament members are steadily rising and I have already extended an invitation to Speaker Şentop this year to Korea, and I expect his visit as soon as possible,” he said.

South Korea and Turkey are also members of the G-20 and MIKTA, which also organizes "Speakers’ Meetings" at the international level.

MIKTA is a cross-regional consultative group comprised of five countries, namely Mexico, Indonesia, South Korea, Turkey and Australia and is led by the foreign ministers of the member nations.

“We are closely cooperating in MIKTA,” Park informed.