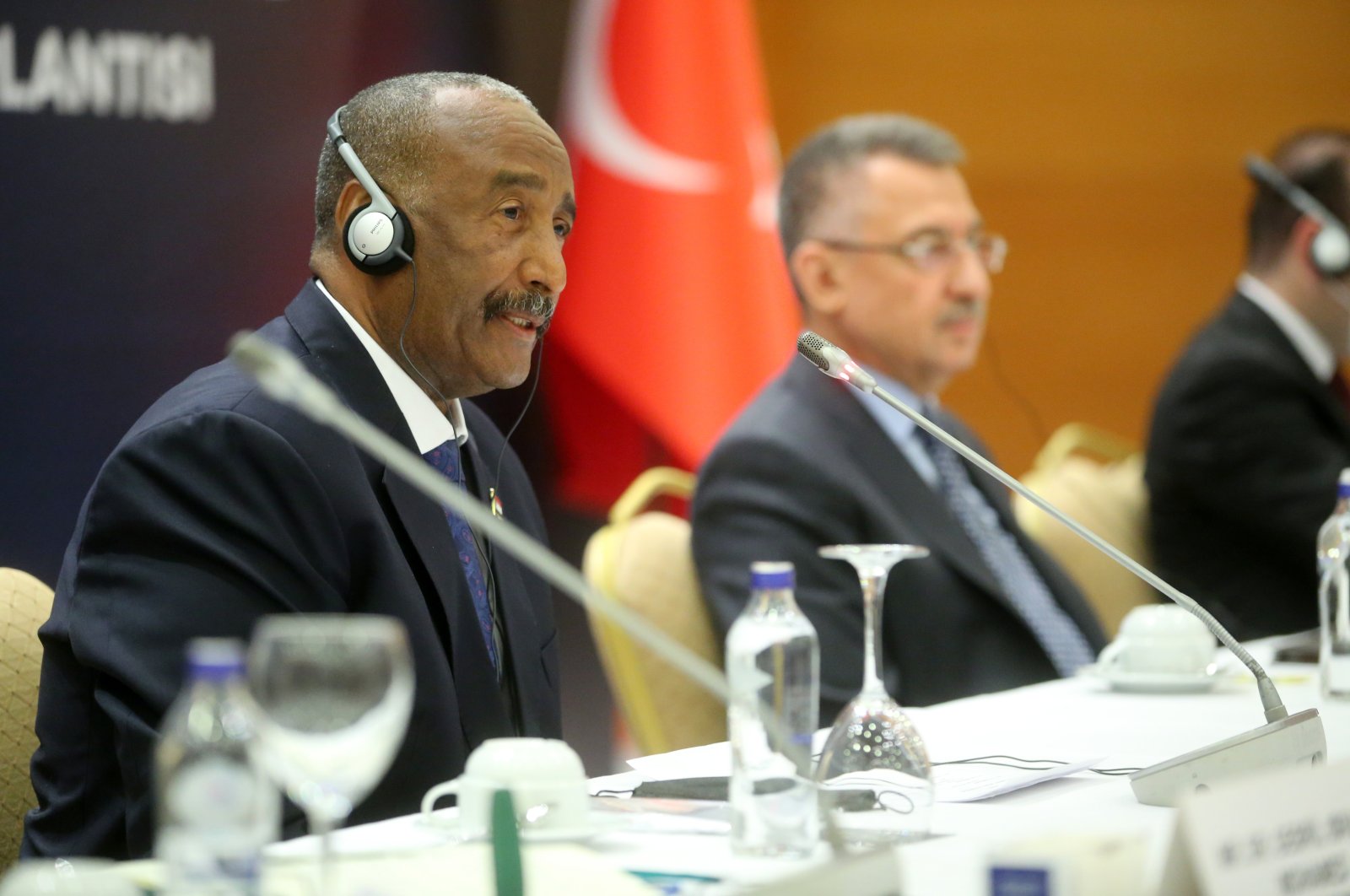 Türkiye to use all instruments in fight against inflation: Finance chief

Turkey and Sudan aim to reach a trading volume of $2 billion (TL 17 billion) in the next five years, Vice President Fuat Oktay stated Friday, underlining the potential of greater economic ties between the two countries.

During the Turkey-Sudan businesspeople narrow-scoped consultation meeting in the capital Ankara, Oktay said that bilateral trade volume reached $480 million in 2020.

He underlined that Sudan, with a young and dynamic population of 44 million and rich natural resources, is on its way to becoming a focal point in the region.

Some 100,000 hectares of agricultural land in Sudan were allocated to Turkey to cultivate, he added.

Oktay said both countries had agreed to allocate another 700,000 hectares to Turkey.

“The agricultural production cooperation in this field led by the General Directorate of Agricultural Enterprises’ (TIGEM) pilot farm project, provides a significant investment opportunity in Sudan for Turkish businesspeople and will also contribute in the fields of employment, agricultural technology and food supply security in Sudan,” Oktay pointed out.

Abdel Fattah al-Burhan, the chairperson of Sudan's Sovereign Council, for his part, said that agriculture, mining, transportation, infrastructure, telecommunications, electricity are areas open for investment while the country aims for win-win relations.

Saying that the country is in a transition period, al-Burhan stated that Sudan will take its deserved place on the international stage and in U.N.

Oktay said the extent of investments in Sudan is an indicator of the strengthening economic relations between the two countries. Turkey has invested $314 million in Sudan, 90 projects have been undertaken in the country by Turkish contracting companies, of which 20 materialized in the last two years. A branch of Turkish public participation bank Ziraat Katılım was also opened in Khartoum.

Türkiye to use all instruments in fight against inflation: Finance chief