Turkey to give $325M to help Turkish Cyprus' virus-hit economy 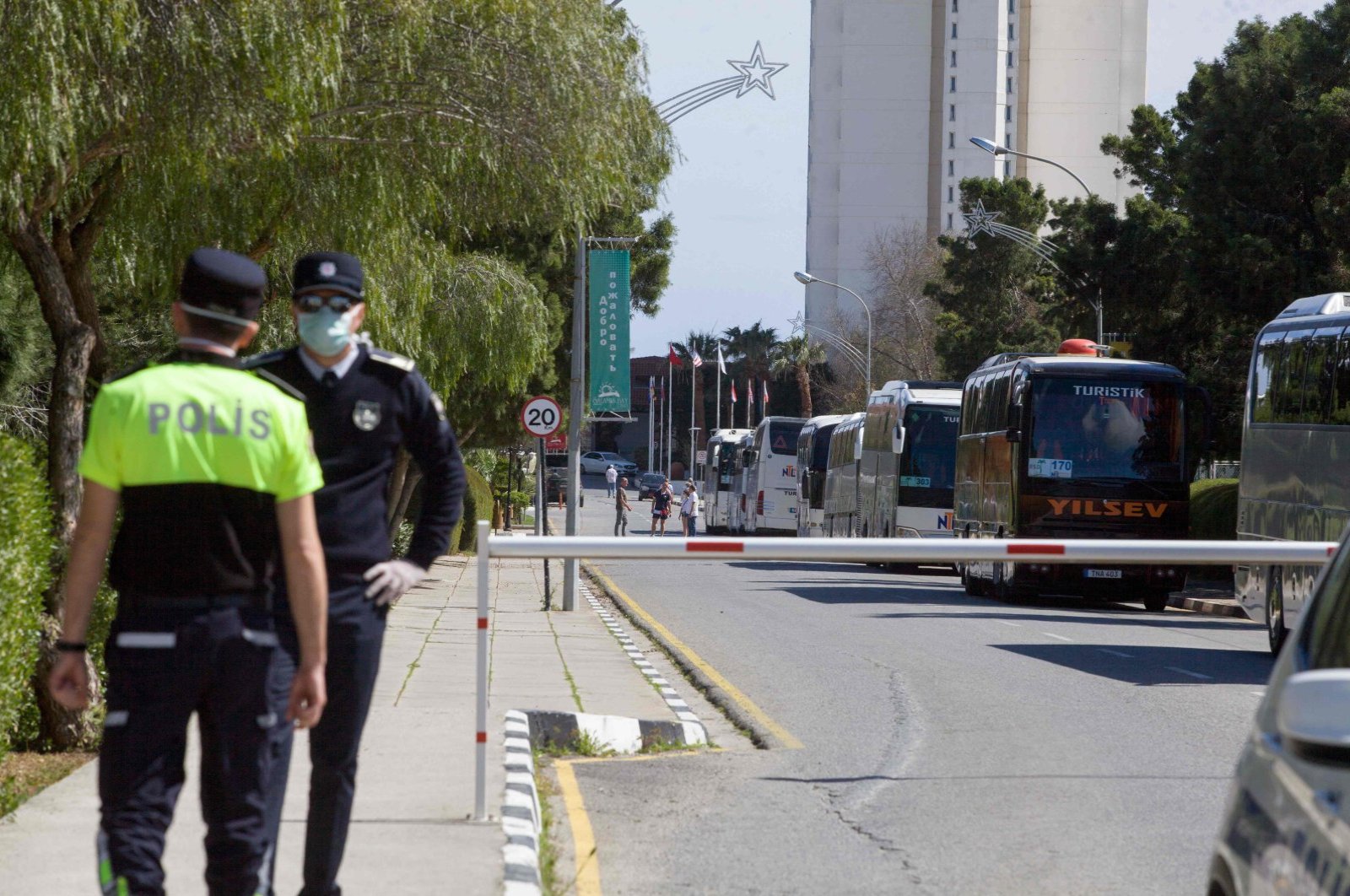 Police officers wearing protective masks stand guard at an entrance of the Salamis Bay Conti Hotel, under quarantine due to the novel coronavirus outbreak, in the eastern Cypriot port city of Famagusta in the Turkish Republic of North Cyprus (TRNC), March 10, 2020. (AFP)
by Daily Sabah with AA May 26, 2020 4:04 pm
RECOMMENDED

Ankara is providing over TL 2.2 billion ($325 million) to the Turkish Republic of Northern Cyprus (TRNC) to help it bear the fallout of the coronavirus pandemic, Turkey's vice president said on Tuesday.

"While preparing for the new normal, Turkey will continue to support the TRNC," Vice President Fuat Oktay said during the signing ceremony of the 2020 Economic and Financial Cooperation Agreement between Turkey and TRNC held via video link.

Reiterating Ankara's continuous support, he said Turkey is determined to take all necessary steps to help the TRNC build a sustainable economy for the welfare of the Turkish Cypriot people.

Sharing details of the agreement, Oktay said the financial assistance is being extended in the form of grants and loans.

He said the agreement will help cushion the impact of the coronavirus pandemic on the TRNC's economy and help further solidify the Turkey-TRNC brotherhood.

The virus was first seen in the TRNC when a German tourist visiting the country tested positive on March 10.

The country has imposed strict COVID-19 measures, suspending schools, public offices and most businesses, imposing a partial curfew and closing borders. All citizens have been required to wear face masks and to only leave their homes for the most basic of needs, according to a previous cabinet decision.

Greek Cypriot authorities also initiated measures such as imposing a ban on commercial air traffic to curb the spread of coronavirus.

The TRNC has been entering into a normalization process, with no new cases emerging in nearly a month. Turkish Cyprus initially halted transitions to Greek Cyprus after the first cases appeared, and as the virus continues to spread on the Greek side, the pause will remain for now, according to previous statements by officials.